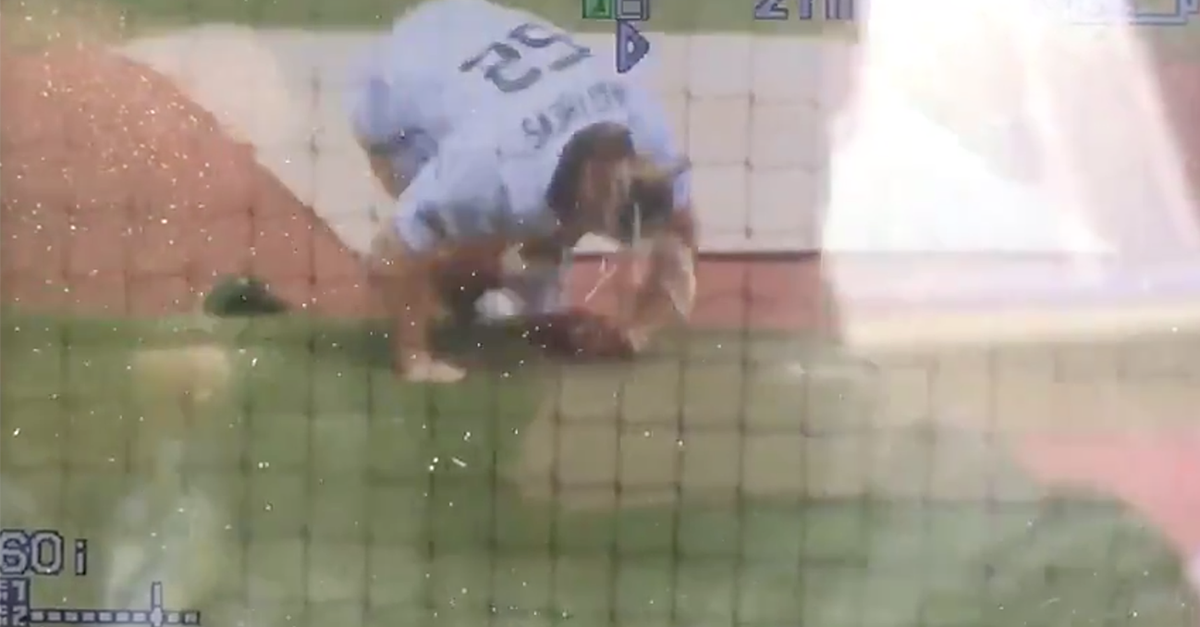 Clay Matthews is reportedly headed to the emergency room to have a full workup, but the belief is it’s just a broken nose.

Packers linebacker Clay Matthews took a line drive to the face while pitching at a charity softball tournament in Wisconsin on Saturday.

After the ball hit him, Matthews dropped to the ground for a little bit before getting up. He walked off the field after with his hand clutching his face.

Here’s video of the injury.

According to WBAY’s Dave Schroeder, Matthews is doing fine, and he said wide receiver Davante Adams then updated everyone on the microphone by saying Clay “got a little boo boo on his nose.”

NFL Network’s Ian Rapoport reported Matthews was headed to the emergency room to have a full workup, but the belief is it’s just a broken nose.

The game was at Fox Cities Stadium in Appleton, Wisconsin, and protective netting was put up after the injury occurred.

The 32-year-old Matthews has been with the Packers since he was selected by Green Bay in the first round of the draft in 2009. He’s a six-time Pro Bowler and won a Super Bowl in 2011.