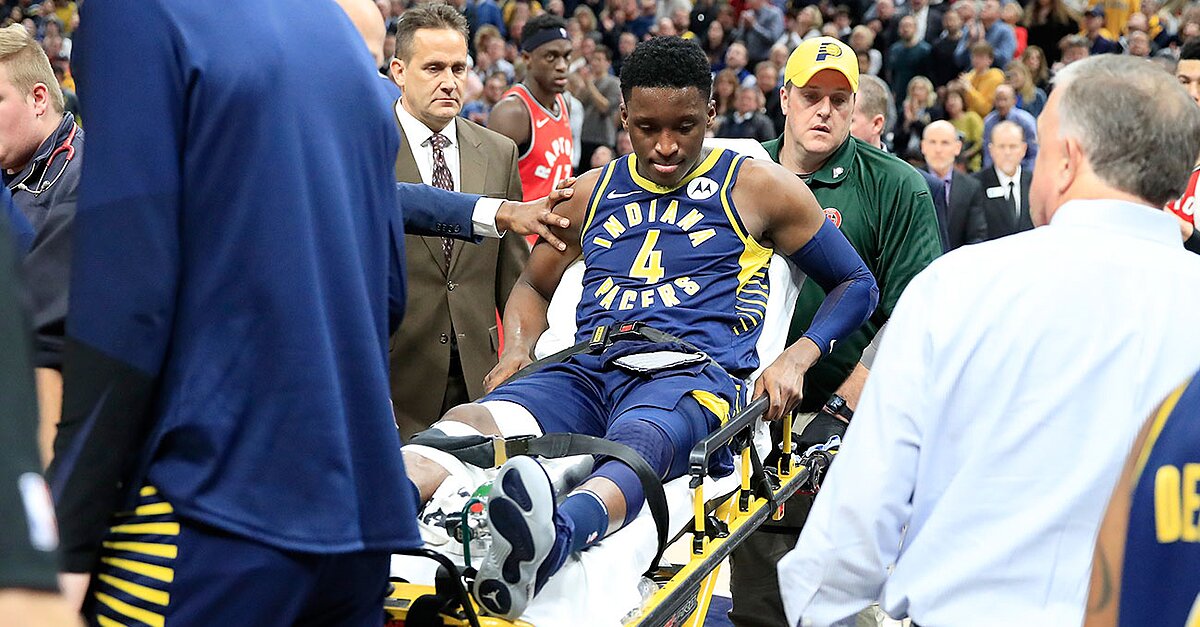 Pacers guard Victor Oladipo will undergo surgery and be out the remainder of the season after suffering an injury Wednesday night.

Pacers guard Victor Oladipo will undergo surgery and be out the remainder of the season after suffering a ruptured quad tendon in his right knee on Wednesday night, the team announced Thursday.

Oladipo underwent an MRI on Thursday, which revealed the injury. He will have surgery at a later date. The team will provide further updates as warranted.

Oladipo was injured with just over four minutes left in the second quarter of the Pacers’ win over the Raptors on Wednesday. He fell under the basket while attempting to intercept a pass intended for Toronto forward Pascal Siakam.

The 26-year-old previously missed time earlier this season due to right knee soreness.

He was averaging 18.8 points per game with 5.6 rebounds and 5.2 assists per game. He came into Wednesday’s game second on the team in assists per contest.

The Pacers sit in third in the Eastern Conference at 32–15.