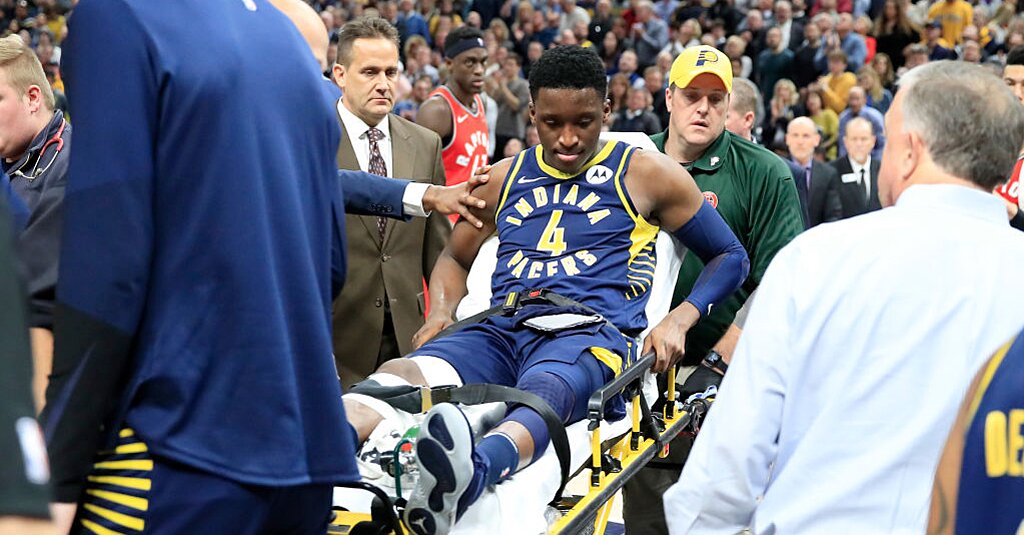 Oladipo suffered the injury during the second quarter of the game.

Pacers guard Victor Oladipo was stretchered away after suffering a right knee injury against the Raptors on Wednesday night.

Indiana announced that Oladipo’s injury is “serious” in nature. He will undergo an MRI on Thursday before further update is provided.

Oladipo took a tumble just under the basket as he attempted to intercept a crosscourt pass intended for Toronto forward Pascal Siakam. The incident occurred with just over four minutes remaining in the second quarter.

Oladipo was tended to on the floor and surrounded by teammates before he was removed from the game.

Oladipo entered the game leading Indiana in points per game, averaging 19.2. He came into Wednesday second on the team in assists per contest with 5.6.