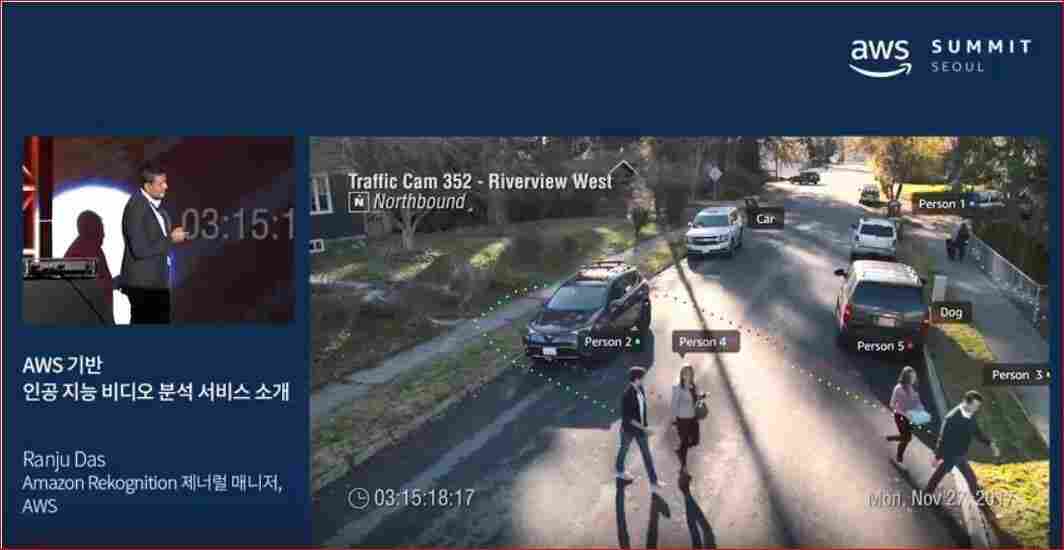 In this video, Amazon’s Ranju Das demonstrates real-time facial recognition to an audience. It shows video from a traffic cam that he said was provided by the city of Orlando, where police have been trying the technology out. Amazon Web Services Korea via YouTube/Screenshot by NPR hide caption 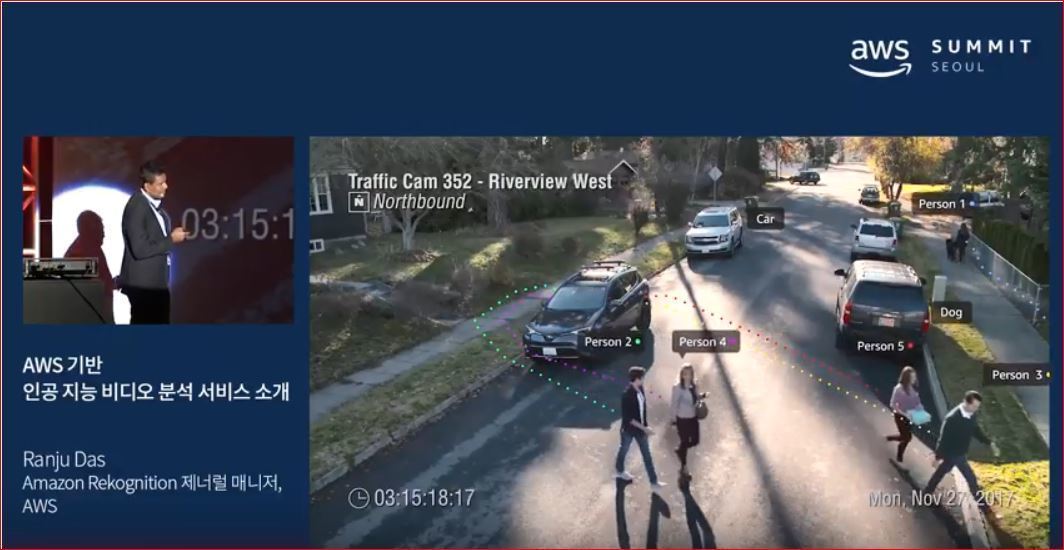 In this video, Amazon’s Ranju Das demonstrates real-time facial recognition to an audience. It shows video from a traffic cam that he said was provided by the city of Orlando, where police have been trying the technology out.

Tech companies are trying to sell police real-time facial recognition systems, which can track and identify people as they walk down the street. As NPR reported two weeks ago, American police have generally held off, but there’s new evidence that one police department — Orlando, Fla. — has decided to try it out.

This information was uncovered by the ACLU, which noticed that law enforcement customers were mentioned in the marketing of Amazon’s “Rekognition” service. Until now, American police have used facial recognition primarily to compare still photos from crime scenes with mug shots. But now Amazon and Orlando are taking it further, by using facial recognition to spot people in real time.

“City of Orlando is a launch partner of ours,” Amazon’s Ranju Das recently told a developer conference in Seoul, South Korea. “They have cameras all over the city. The authorized cameras are then streaming the data … we are a subscriber to the stream, we analyze the video in real time, search against the collection of faces they have.”

In this video presentation, Das is seen saying the system can be set up to notify the city if cameras see a “person of interest,” and it could be used to reconstruct a person’s past movements. He showed the conference a demo of real-time facial recognition using video from a “traffic cam that was provided by the city of Orlando.”

In a written statement, the Orlando Police Department called the Amazon facial recognition system a “pilot program” and said it “will be used in accordance with current and applicable law.”

The statement also says the department “is not using the technology in an investigative capacity or in any public spaces at this time.”

It did not say whether the system has been used that way in the past, or will be in the future. NPR tried to follow up, but OPD said it wasn’t doing interviews on the topic.

Amazon also wouldn’t do an interview with NPR. In a written statement, it pointed out that its visual analytics tools have a wide range of applications beyond policing, and that “[o]ur quality of life would be much worse today if we outlawed new technology because some people could choose to abuse the technology. Imagine if customers couldn’t buy a computer because it was possible to use that computer for illegal purposes?”

Amazon’s statement added, “[W]e require our customers to comply with the law and be responsible when using Amazon Rekognition.”

There are no laws explicitly barring law enforcement from using real-time facial recognition, and the constitutionality has not been tested by higher courts.

Matt Cagle of the ACLU of Northern California says he’s disturbed by what he sees as a lack of transparency and public engagement, as police and tech companies work together to bring this new tool to American streets.

The ACLU filed public records requests for Amazon’s communications with Orlando and another Rekognition customer, the Washington County Sheriff’s Office, near Portland, Ore. Cagle says the resulting documents show a company eager to push law enforcement customers toward real-time facial recognition and connect it to other devices, such as officer body cameras.

This is typical of companies that sell facial recognition. Most try to encourage customers to expand the applications and powers of the technology. What makes Amazon’s offering different is the price.

“We pay literally a couple of dollars a month to do this service,” says Washington County Sheriff’s Office spokesman Deputy Jeff Talbot. His department uses Amazon’s Rekognition to scan faces in photos of suspects taken by deputies in the field.

“They’ve created a little tool where you upload and it sends you your results and you can continue your investigation,” he says.

In the past, police departments had to pay tens of thousands of dollars for facial recognition systems, provided by traditional vendors such as NEC. Now Amazon is offering police something similar for a fraction.

The Washington County Sheriff’s Office says it does not use Rekognition in real time and doesn’t intend to.

Cagle says that could easily change. The marketing of Rekognition to law enforcement is still in its infancy, but he’s worried it could quickly become dominant, given Amazon’s market clout as the world’s leading cloud services company.

“Activating a real-time facial recognition system, that can track people, if the technology is there, could be as simple as flipping a switch in some communities,” Cagle says.