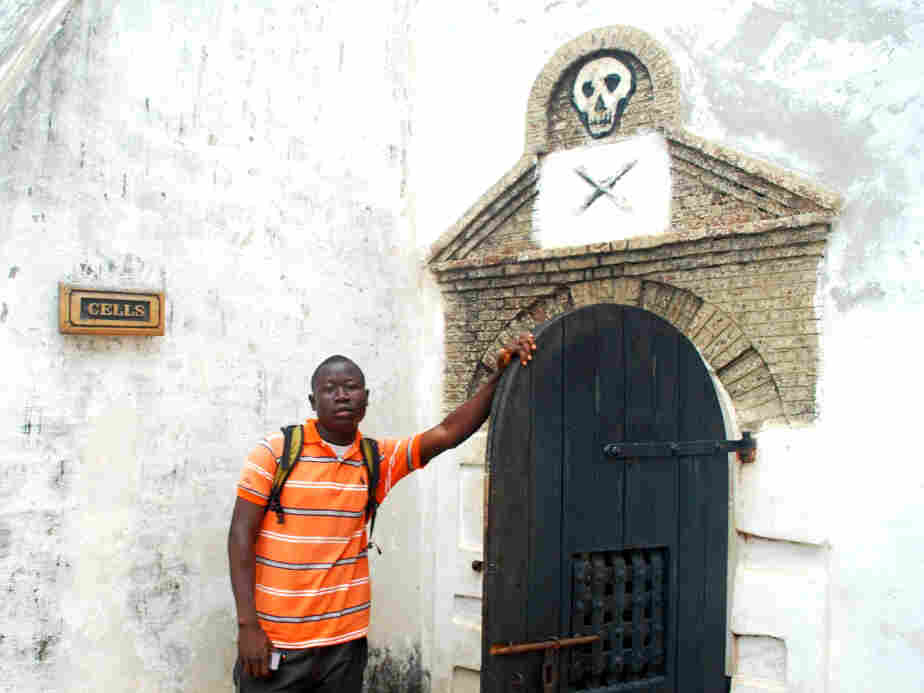 George Mwinnyaa on his visit to the slave castle at Cape Coast in his homeland of Ghana. The door leads to the cells where captives who were resistant were held prior to being sent over the ocean as slaves. Leslie Mwinnyaa hide caption 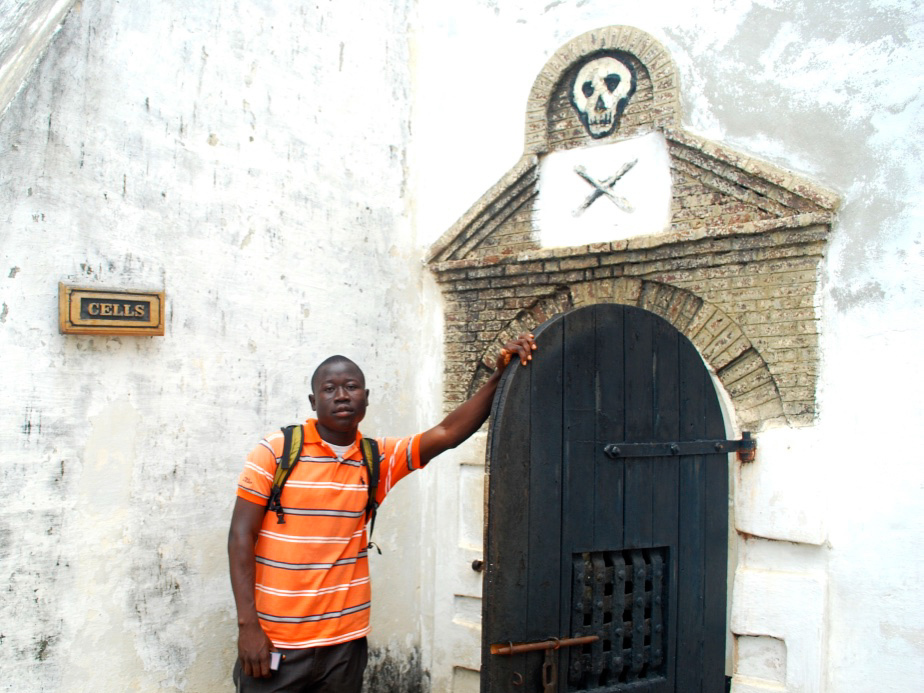 George Mwinnyaa on his visit to the slave castle at Cape Coast in his homeland of Ghana. The door leads to the cells where captives who were resistant were held prior to being sent over the ocean as slaves.

July Fourth is a day when America celebrates its independence. 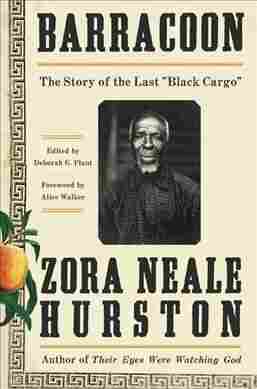 But this July Fourth, I am reflecting on another part of the American experience — the enslavement of my fellow Africans. That’s because I have just finished reading Barracoon, the book in which Zora Neale Hurston presents the story of Cudjo Lewis, who was on the last ship that brought slaves across the Atlantic. It took 60 years for her book to be published. Now it is a best-seller.

I was born and grew up in Ghana. I have long had many questions about slavery. Barracoon answers some of those questions — but not all of them.

In Ghana, the memories of the slave trade haunt two white buildings in the towns of Elmina and Cape Coast. They look like castles by the sea. But these centuries-old structures have a horrific history. Africans were held as captives in their dungeons before being sent across the ocean to a life of slavery.

I visited the castles for the first time six years ago, when I was 24. I walked through narrow passages to the “door of no return.” I wondered how many of my fellow Africans passed through. I imagined them in their cells, in chains, scratching on the walls, searching for hope when none existed, crying and never being heard. 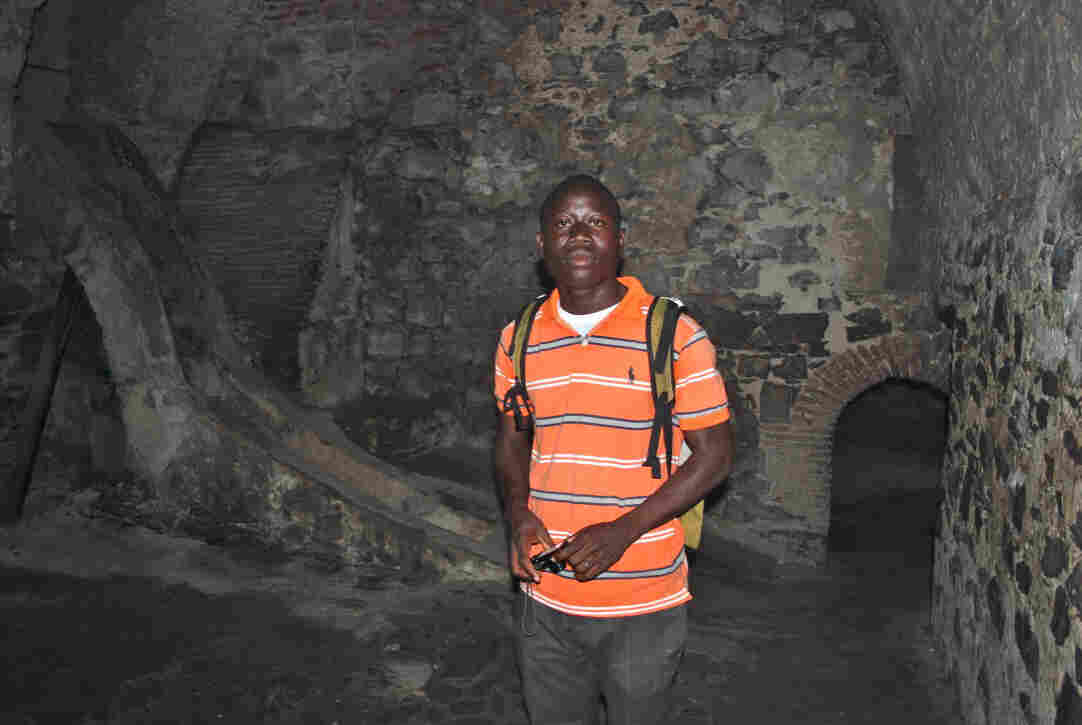 I wanted to hear their experience in their own words. And that is the genius of Barracoon. The voice of Lewis — whom Hurston calls by his African name of Kossula — rings out loud and clear.

There are so many stories I heard about slavery when I was growing up — stories that created an impression of Africa as a primitive place. Now I understand that this damaging image of Africa, which still exists today, is rooted in the lies told about slaves.

As a child, I heard that people in Africa once did not wear clothes. But Kossula has a different story to tell. Before he and other Africans got on the slave ship they were stripped of their clothes, he says. So when they arrived in the United States people called them naked savages. In his own words he stated “de Many-costs [a nickname referring to porters/servants of slave traders] snatch our country cloth off us. We try save our clothes, we ain’ used to be without no clothes on. But dey snatch all off us.

I always wondered how these slaves remembered the Africa they left behind. In the book, I came to see their passion and love for Africa. Kossula expressed how much he and the other slaves desired to go back to their African home, how badly they cried and wished for that home: “We very sorry to be parted from one ‘nother. We cry for home. We took away from our people.”

On April 12, 1865 when the Yankee soldiers told Kossula and other slaves that they were free, the first thing they did was plan how to get back to Africa. They thought their masters were going to send them back home and their responsibility was to buy the ticket. So they started advising each other on how to work hard and save for the trip. Kossula stated: “We meet together and we talk. We say we from cross de water so we go back where we come from. So we say … now we work for money and gittee in de ship and go back to our country. We think Cap’n Meaher and Cap’n Foster dey ought take us back home. But we think we save money and buy de ticket ourselves.”

Barracoon has shown me that I am a descendant of people with resilience, people who could survive extreme maltreatment and atrocities.

Kossula stated that on the ship “Dey doan give us much to eat. Me so thirst! Dey give us a little bit of water twice a day …. De water taste sour.”

Having gone through slavery and having lost his wife and all his children, some through brutal killings, Kossula at the end of one of his stories to Hurtson stated “Poor Cudjoe, I no lookee back. I presssee forward.”

The Western World has long exploited the natural resources of Africa — such as gold, bauxite, cocoa, oil and diamonds. Barracoon is a reminder that the most devastating exploitation of Africa was the taking away of my great ancestors — strong, resilient, passionate people who truly loved and cared about Africa, young men and women who would have led Africa to great heights.

There are some questions that the book does not answer.

Why did this happen to Africans? I remember asking that question when I visited the slave castle.

How could there be a church in the middle of the castle, not far from the slave cells. How could any God-fearing person treat another being so inhumanely and then go to worship and pray? This just does not make sense to me. 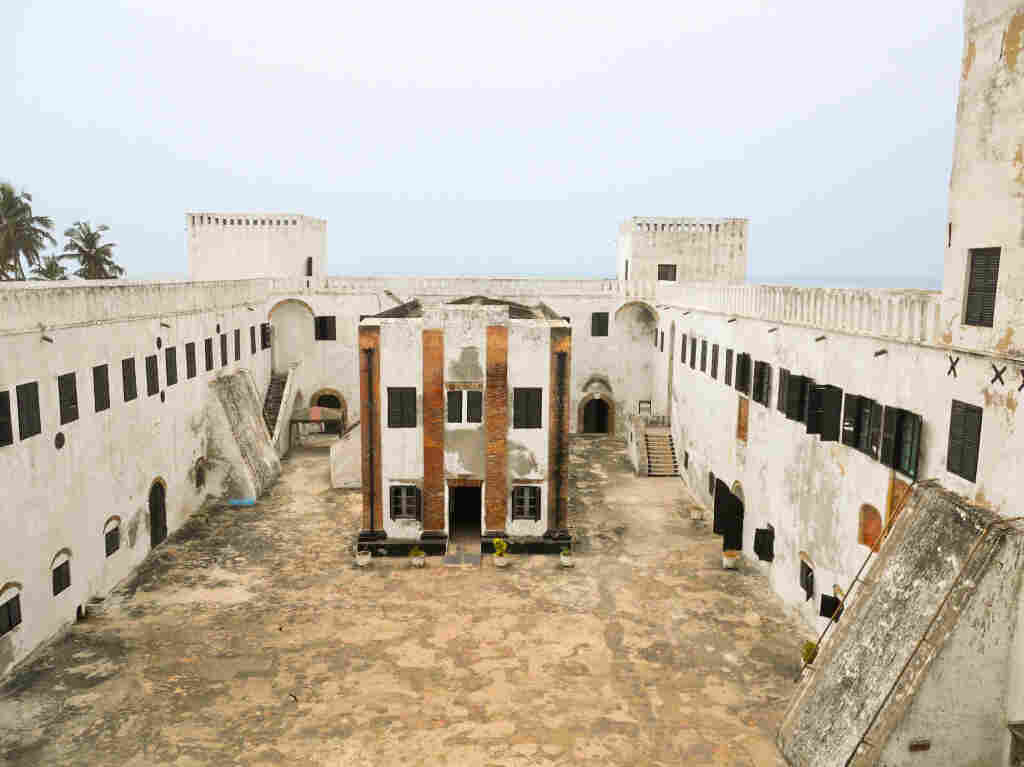 This small building is the chapel at the slave castle at Elmina in Ghana. Leslie Mwinnyaa hide caption

I am also struck by an irony. Slaves and the descendants of slaves yearned to go back home, yet today Africans are yearning to leave home. African youth are dying in the Mediterranean Sea every day. Many young men and women, including my own friends, cross the Sahara Desert, sometimes on foot, to Libya. They work for several years, saving every penny to make the deadly journey to Europe. They try to cross the ocean, where many of them have been swallowed up by the waters.

All they want is a chance to earn a good living.

I understand that. In Ghana, I did not score high enough on my final exams from high school to qualify for admission to the public universities. Then I met and married a Peace Corps volunteer and moved to the United States. I was able to start classes at a community college and eventually applied for a scholarship that gave me the chance to study public health at Johns Hopkins University. I earned my Bachelor of Arts in 2017. This coming August, I will graduate with my master’s degree.

In my new life in the United States, I do long for Ghana, just as Kossula longed for Africa. But unlike Kossula, I came here of my own free will and have the opportunity to go back home whenever I want to.

If I could ask Kossula one question, I would want to know: What were his hopes and dreams in Africa before he was captured? If we knew that, perhaps Africans would have more hope in a brighter future for Africa today.

George Mwinnyaa, who grew up in Ghana, lives in Baltimore with his wife and two sons and is finishing up a master’s program at the Bloomberg School of Public Health.