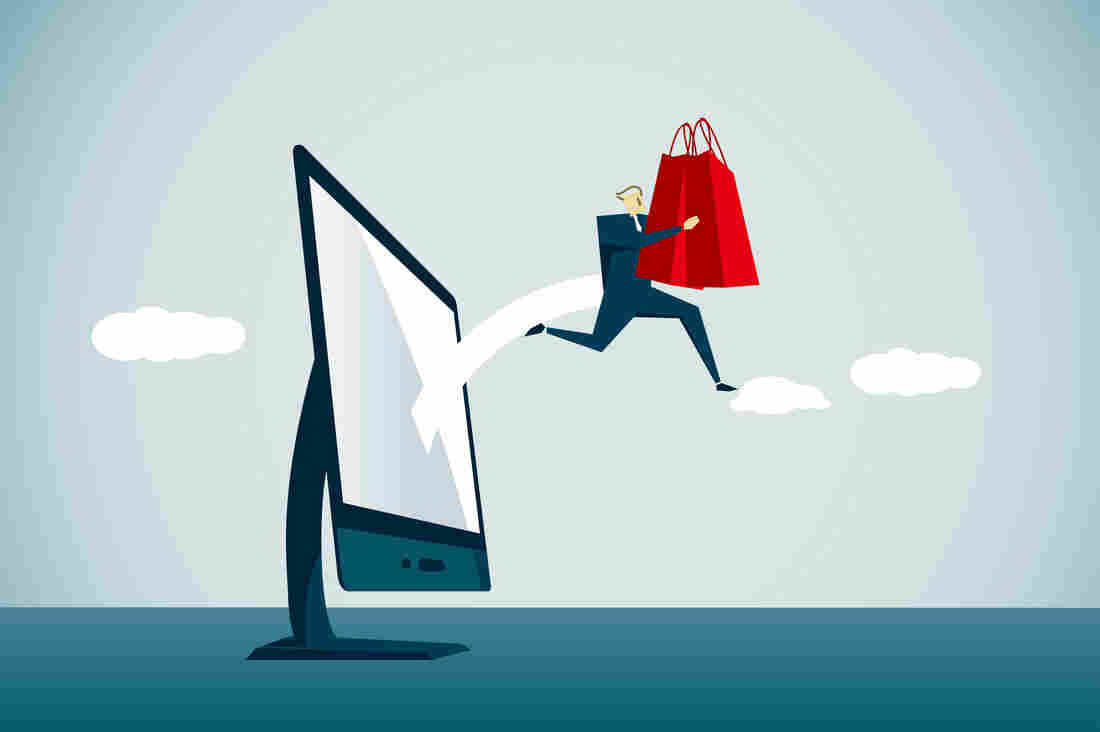 Nearly three out of 10 online shoppers have taken the plunge to buy an item that costs $1,000 or more. Men are twice as likely as women to press click and buy a big ticket item, according to a new NPR/Marist poll. erhui1979/Getty Images hide caption 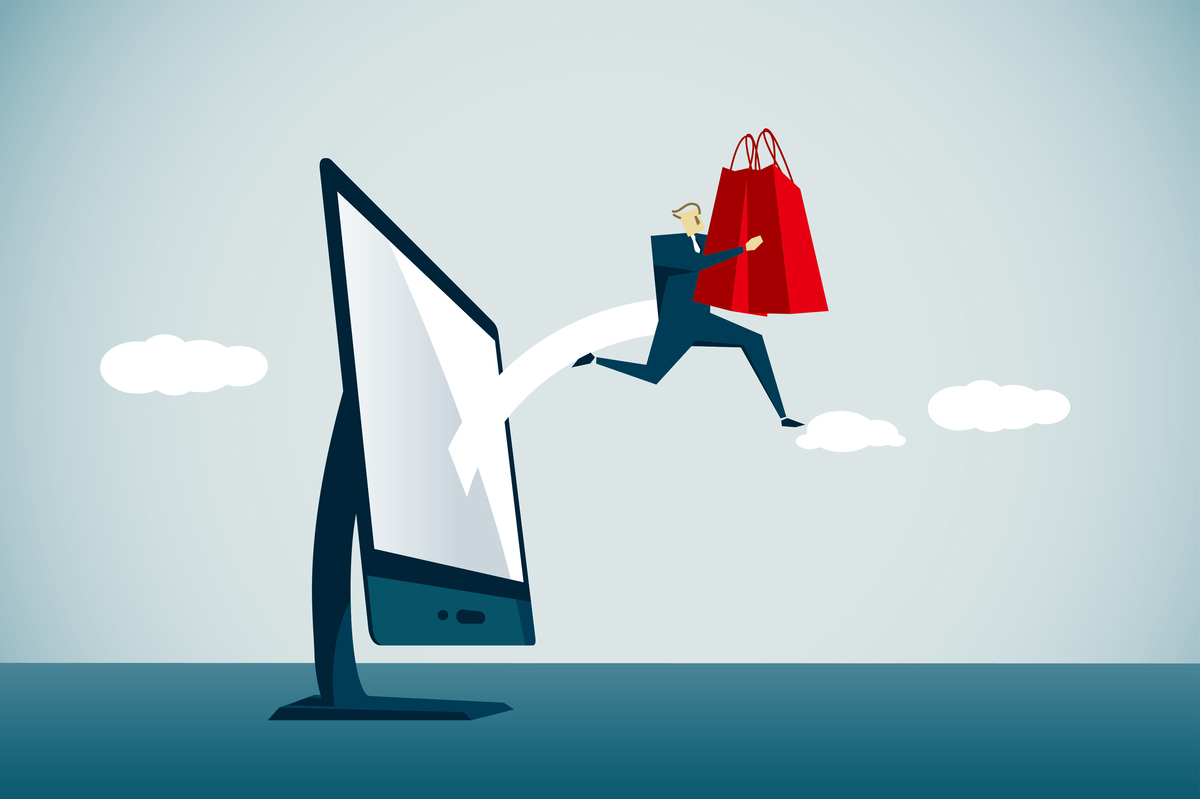 Nearly three out of 10 online shoppers have taken the plunge to buy an item that costs $1,000 or more. Men are twice as likely as women to press click and buy a big ticket item, according to a new NPR/Marist poll.

If a shopper clicks buy for a product that costs $1,000 or more, it’s twice as likely to be a man than a woman. That’s one of the results revealed in a new NPR/Marist poll about online shopping.

The poll found that 27 percent of online shoppers — regardless of gender — have taken taken the plunge on big ticket items ($1,000 or more). It’s the evolution of digital commerce from the early days in the 1990s when people worried about giving out their credit card information and fretted over returns and whether products would even arrive.

Today, many shoppers are willing to make even their most cherished and expensive purchases online. NPR reached out and heard from dozens of them, people who’ve bought musical instruments, a diamond engagement ring, a computer numerical control machine tool, a Porsche Boxter, an above ground pool, signatures of historical figures and props involving Han Solo and Xena: Warrior Princess.

Alan Kwok, 28, of Austin, Texas, bought a lab-grown diamond engagement ring online for around $11,000. “If anything buying online is easier and safer,” he said. He thinks it’s much more efficient when it comes to expensive items like jewelry because at stores there’s a limited selection and a customer can only see a few items at a time. Online, the shopper can browse through a huge digital catalog: it’s easier to find what you’re looking for.

Speed and convenience are two factors why many men eagerly make major purchases online, said Americus Reed II, a marketing professor at the University of Pennsylvania’s Wharton School. Thirty-eight percent of men shopping online have bought an item that costs $1,000 or more, compared to 19 percent of women.

“So what the research has shown is that men… go to the store quickly, kind of gather as much information quickly as they can and buy it online, particularly because it’s just faster,” Reed said.

Other factors may also explain the discrepancy between men and women. On average, men have higher incomes. They also tend to be early adopters when it comes to technology, according to Sucharita Kodali, an e-commerce analyst with the research firm Forrester.

“If you were to consider high end e-commerce purchases as something that historically had a lot of holdouts, the gender I would expect to be the first to experiment with it would of course be men.”

Then there’s the matter of physical stores, especially the ones with shelves stacked with clothing. Lots of men avoid these places whenever they can. In general, Reed said men find less enjoyment out of going to a store and finding a bargain than women do. They’ll shop and compare online, but not at the mall.

These are generalizations, even stereotypes. But there’s enough truth in them to create demand for a luxury online men’s fashion store like MR PORTER that sells brands such as Tom Ford, Loro Piana, Prada and Burberry. Prices range from $20 for a pair of socks to $66,000 for a Jaeger-LeCoultre gold watch, said Toby Bateman, MR PORTER’s managing director.

Bateman said that early on men lagged behind women in making fashion purchases online, but that’s changing. And among customers in MR PORTER’s research group, click and buy is their method of choice. “We know that 65 percent of their fashion shopping is done online,” Bateman said. “That’s a phenomenal figure because that really defines them as being more digital creatures than physical in the shopping sense.”

When Rick Hays of Tallahassee, Fla., goes online to shop it’s not for high fashion. He’s more interested in American history and literature. And he has no qualms about a big purchase he made last year on an online auction — even though it’s just two sentences long.

“I purchased a note that Mark Twain had written regarding a missing package and I paid about $1,500 for it.”

Hays said his wife has very different buying habits. “She struggled with buying a $100 dress recently online. She wants the experience of seeing it, the tactile experience of being around whatever item she wants to get.”

Hays says there may be another reason he’s the more adventurous online shopper. His wife is still working. Hays is retired. So he’s got more time to browse. And last week Hays struck again — buying a signed picture of Muhammad Ali for $1,020. He says he was willing to go higher.