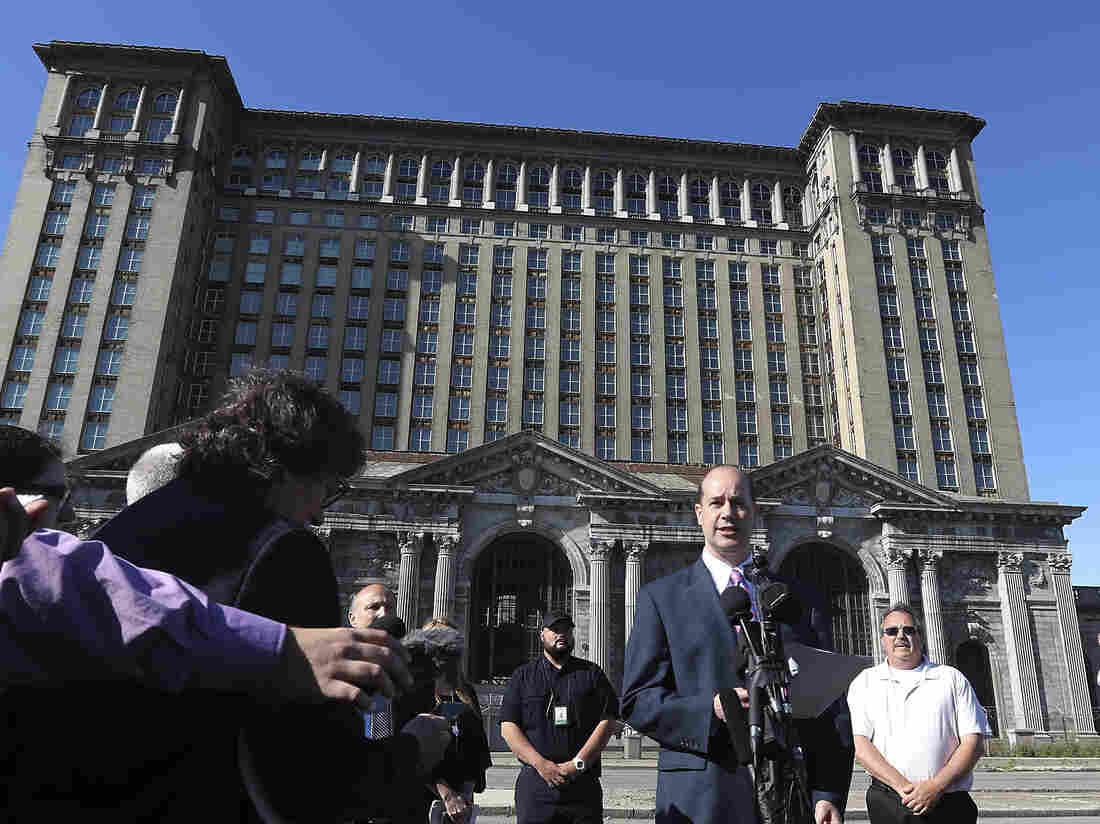 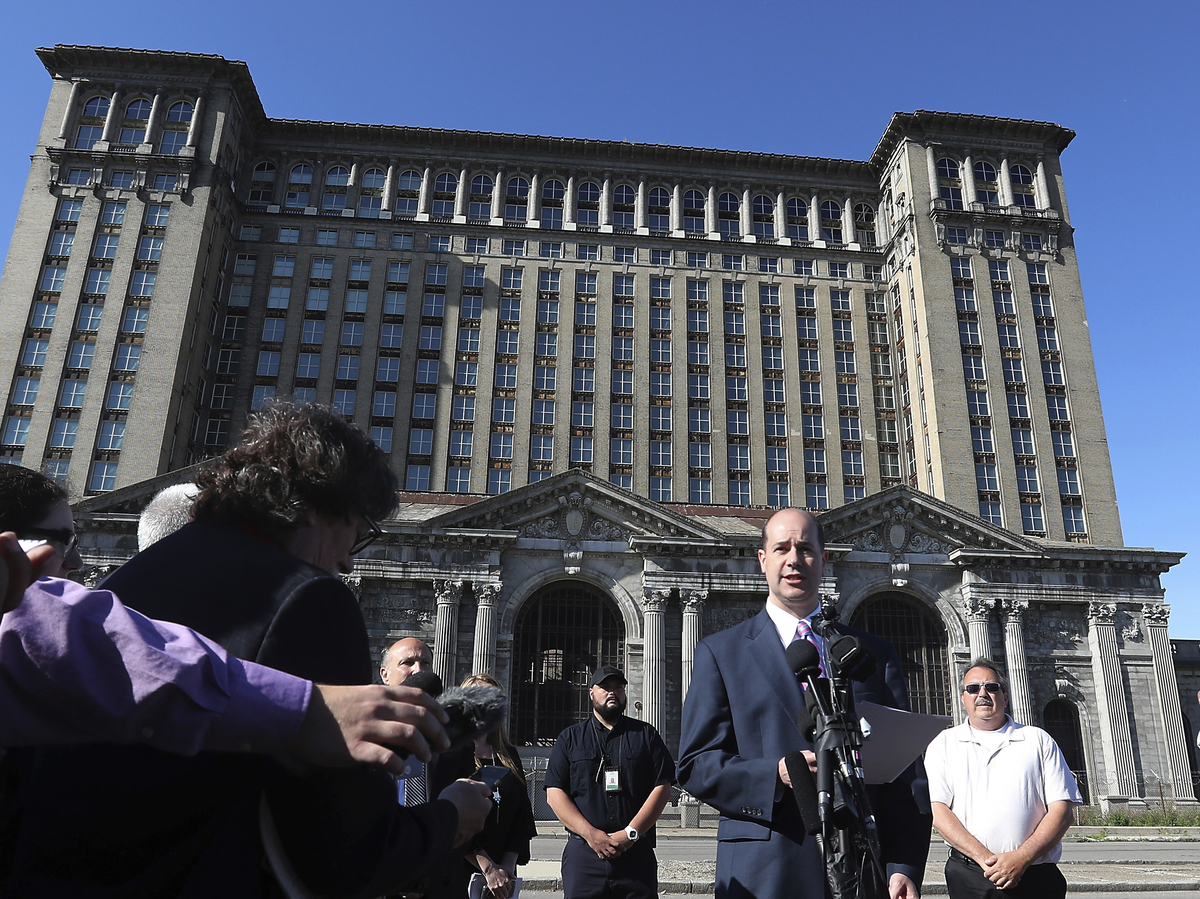 Matthew Moroun announces the sale of Michigan Central Station to the Ford Motor Co. on Monday in Detroit.

A long-shuttered rail depot that had become a symbol of Detroit’s decline will now be part of its resurgence. The building’s new owner will be Ford Motor Company, an automaker with a story is inseparable from Detroit’s.

“The deal is complete,” Matthew Moroun, whose family has owned Michigan Central Station since 1995, said Monday at a press conference in front of the station. “The future of the depot is assured. The next steward of the building is the right one for its future. The depot will become a shiny symbol of Detroit’s success and progress. Ford Motor Company’s blue logo will adorn the building.”

The station and an adjoining book depository in the city’s Corktown neighborhood will be the centerpiece of Ford’s new campus for its self-driving and electric-car divisions, sources told The Detroit News. Two years ago, the company announced a major renovation of its campus in nearby Dearborn, where the company is headquartered. Henry Ford founded the company in a converted factory in Detroit in 1903.

“This is an exciting time for the city and an exciting time for Ford,” company spokesman Said Deep told the News. “We look forward to sharing our plans for Michigan Central Station and for Corktown.” Ford will disclose its intents for the site at an event at the depot next week. 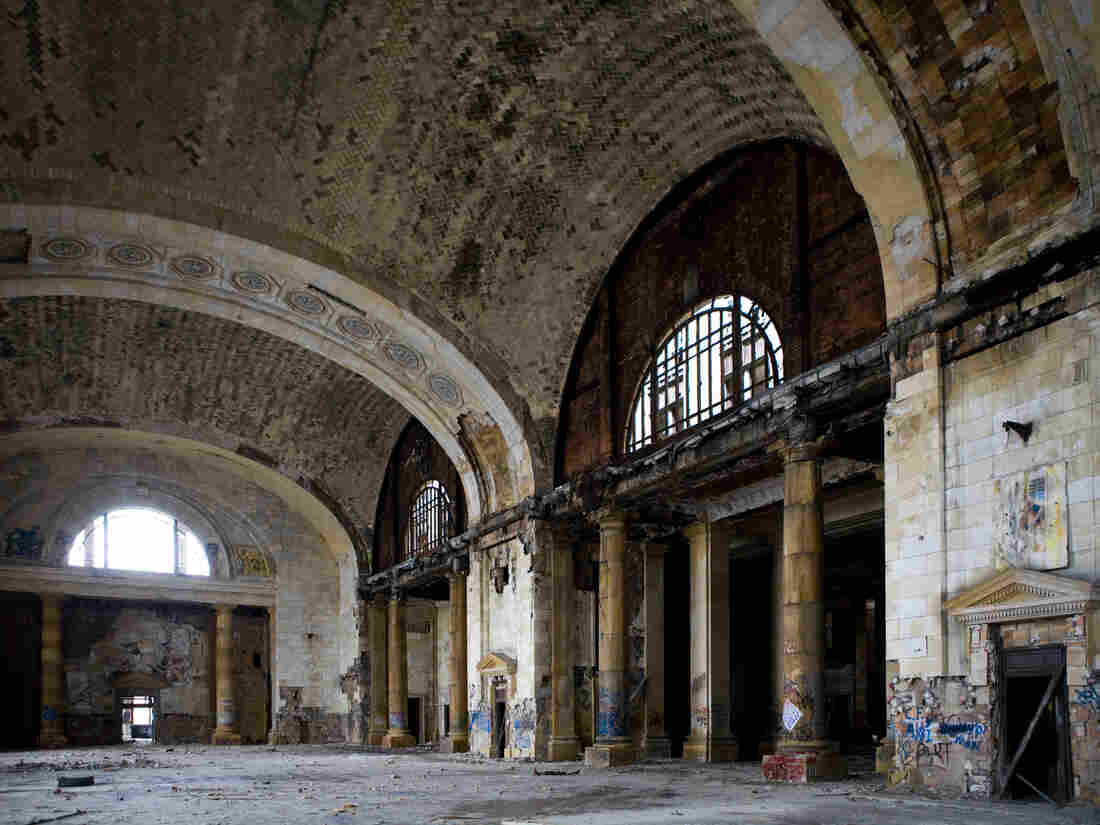 The station, which opened in 1913, became popular with “urban explorers” who sneaked inside to capture photos of its dramatic decay. Timothy Fadek/Corbis via Getty Images hide caption 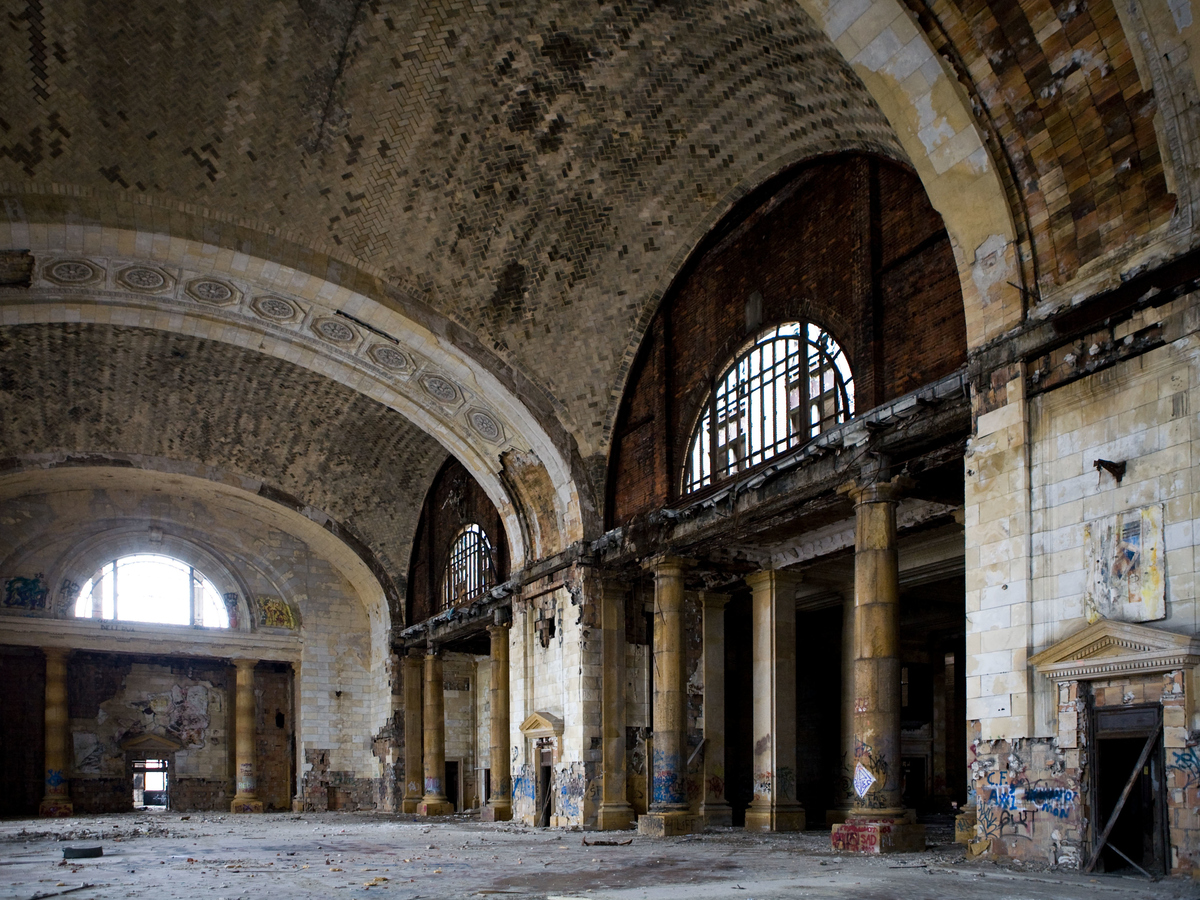 The station, which opened in 1913, became popular with “urban explorers” who sneaked inside to capture photos of its dramatic decay.

In 2009, the Detroit City Council passed a resolution calling for the emergency demolition of the building, but the station is on the National Register of Historic Places. Dan Stamper, president of the Maroun’s company, said then that “but for that, we would have torn it down some time ago.”

The Moroun family owns hundreds of parcels in Detroit. Most notably and contentiously, they own the Ambassador Bridge between Detroit and Canada, the subject of intense business and political wrangling in recent years.

Ford has not disclosed how much it paid for the train station, but The Detroit News reports that the neighboring book depository sold for $8 million.

Corktown native and writer Tom Burns has called Ford “a dream tenant” for the property.

“[T]he fact that Michigan Central will finally have some competent stewardship is almost unbelievable,” Burns told auto website The Drive. “I am so grateful that Ford made this investment in Detroit, and my old neighborhood, and I can’t wait to see what they do with it.”