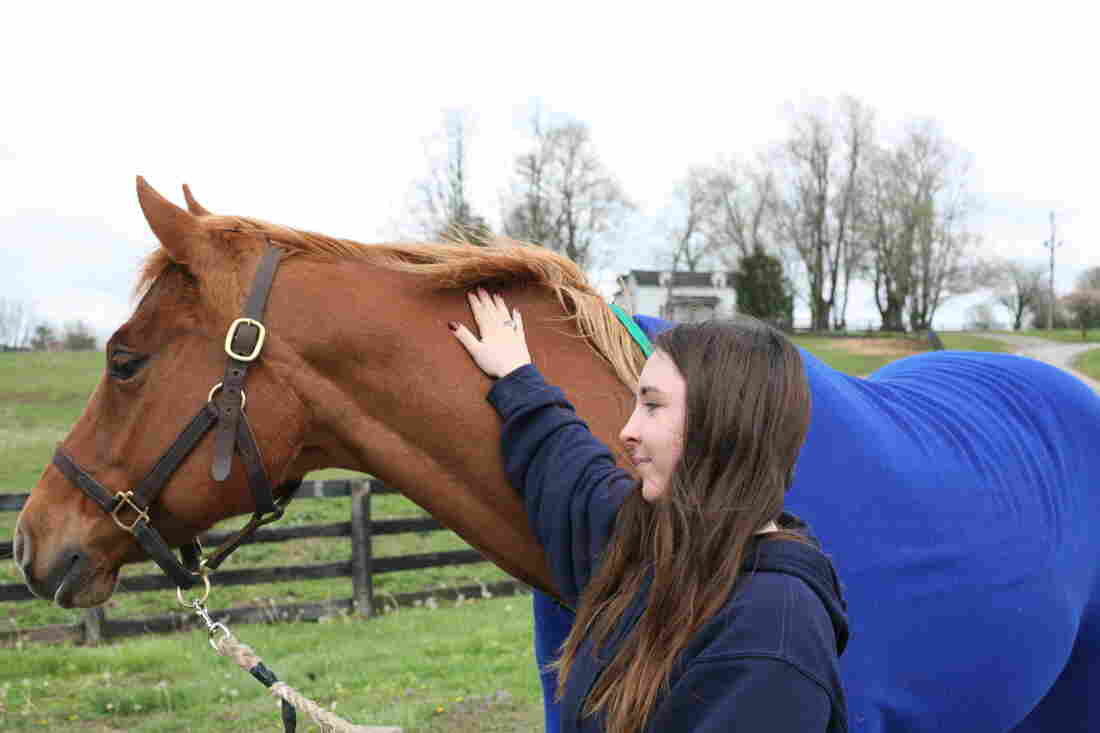 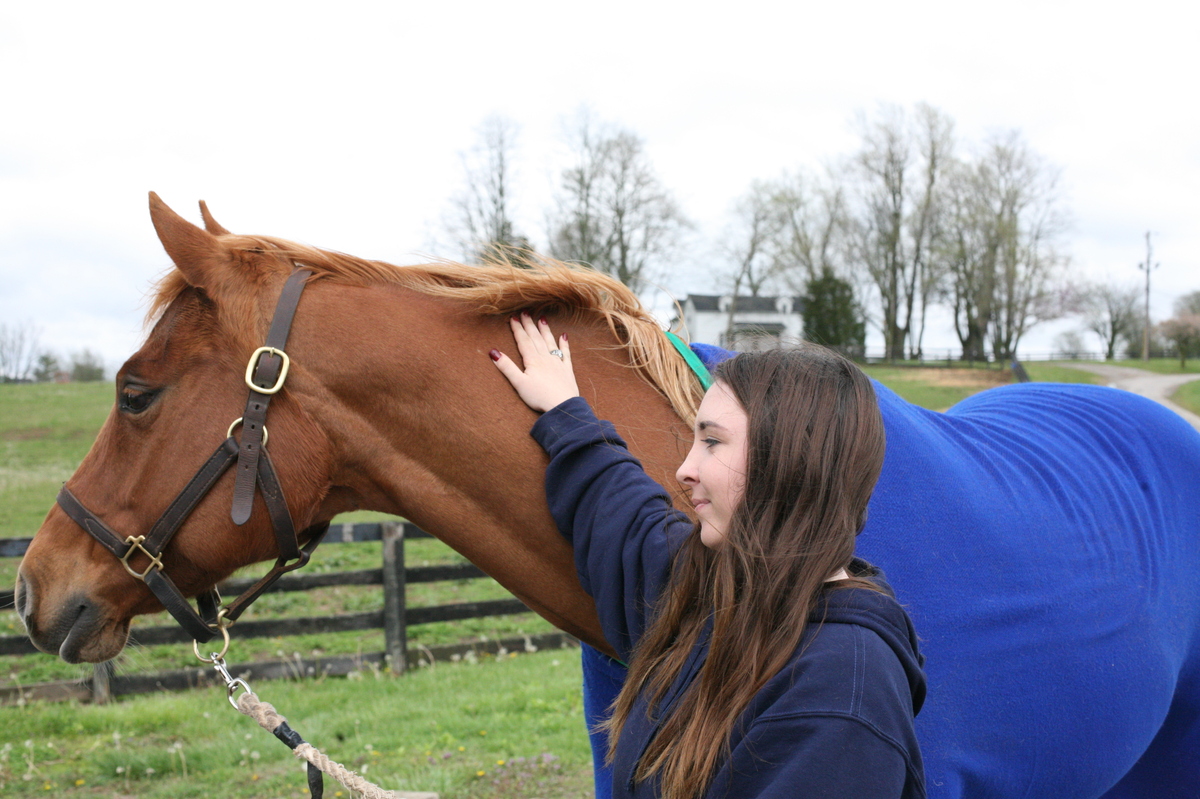 Today brings the familiar excitement of the Kentucky Derby. Television-ready, mint juleps and perhaps one of the few horse races many of us will watch all year.

But an hour’s drive from Churchill Downs, students and staff at Midway University may not find time to watch, because they’re taking care of their own horses.

Midway is an old town right in the center of the Bluegrass, and just on the edge you’ll find an old college. It started as the Kentucky Female Orphan School, which came along in 1849, and later became Midway College, for women. Now it’s coed and has grown into a university with 1,200 students. 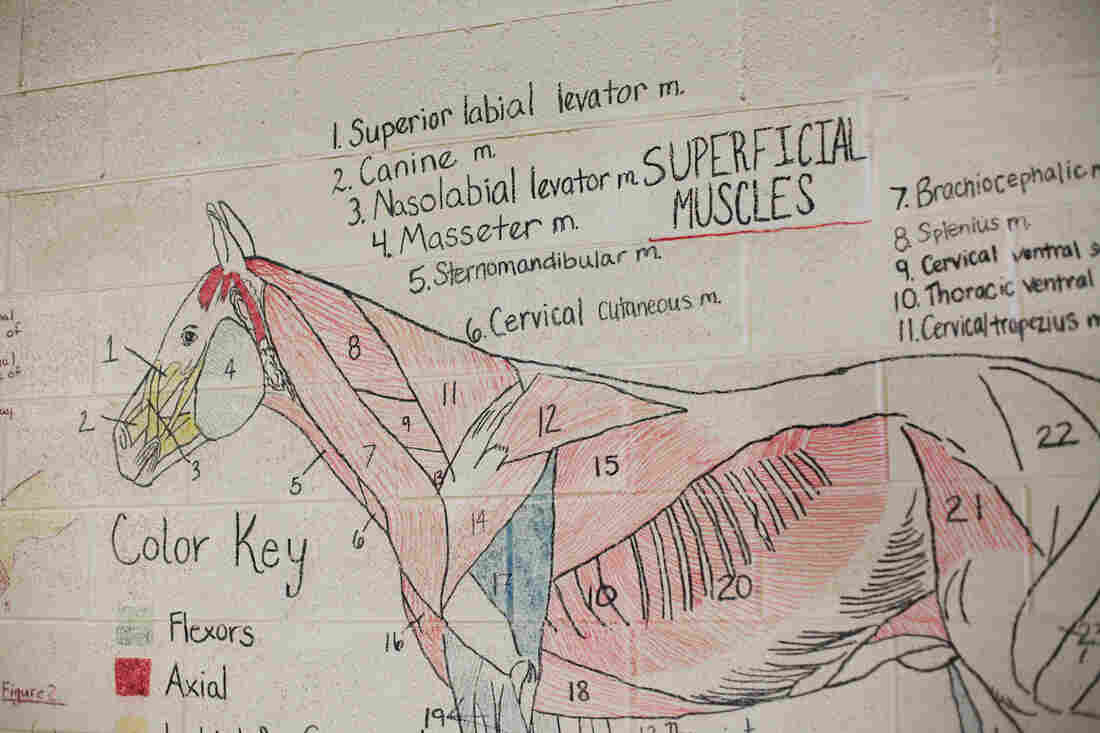 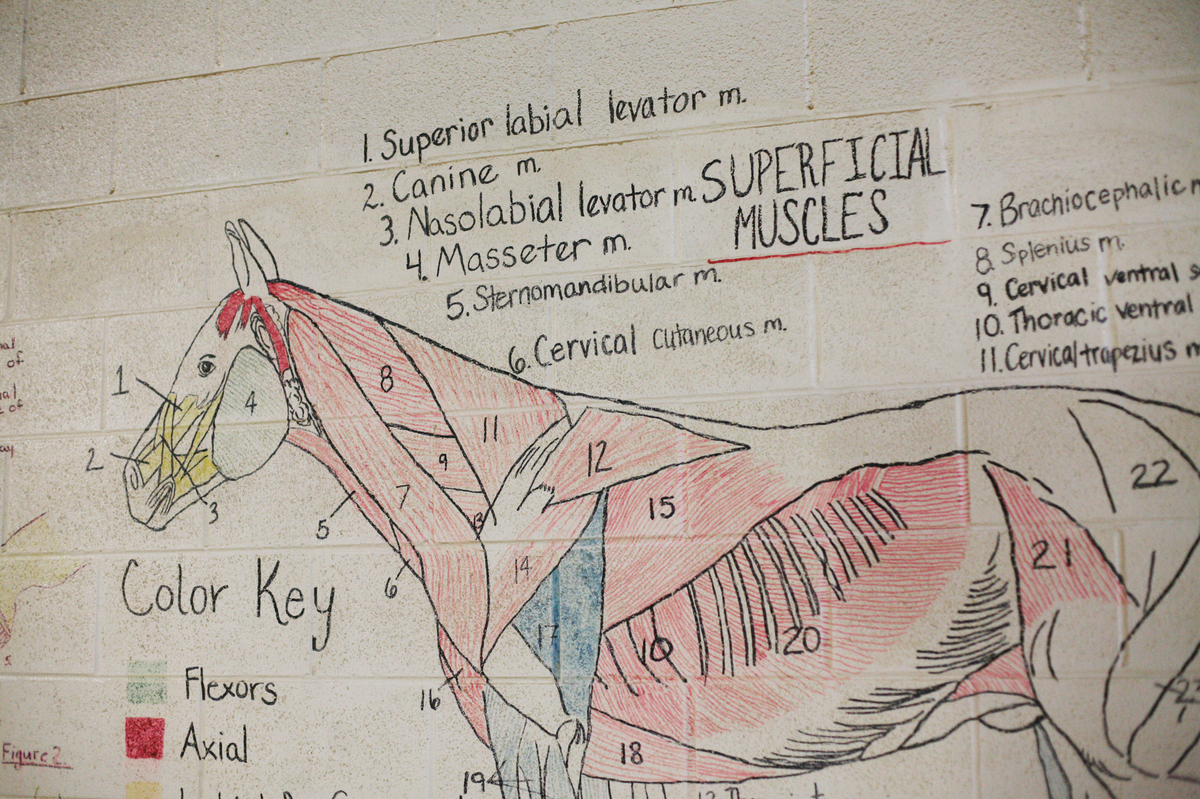 Teaching diagrams line the walls of the riding arena at Midway University.

And the school’s specialty? Horses plus Equine Management.

The school’s 35 horses spend most of their nights outside, even in wind and spring rains. Early morning brings a day’s dark rest in their stalls. They’ll be properly fed and cleaned and brushed by some of the 75 students in the equine program. Freshmen develop skills from the ground up, learning to appreciate sweeping hay twice a day in the barns. 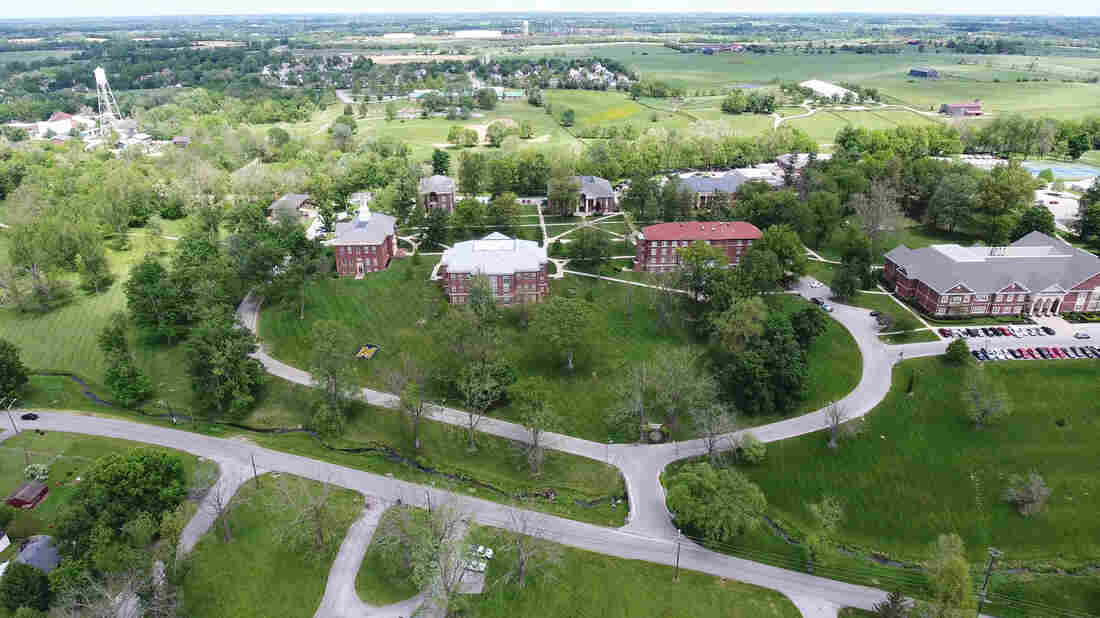 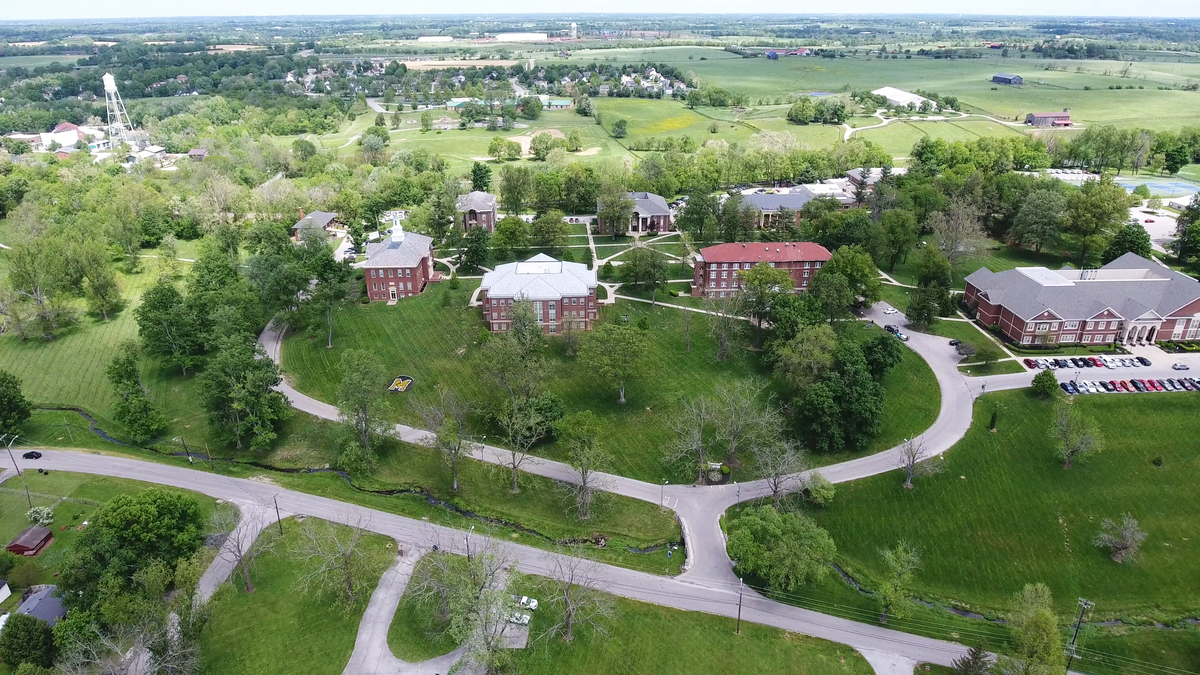 An aerial view of the pastures and barns on campus at Midway University, located in Kentucky’s world-famous horse country.

Ease open a classroom door and hear two senior women talk about a presentation for a symposium. Today’s subject? A Comparison of “PEMF Devices: A Breakfown of Cytowave and Biopulse.”

Visit a 7 a.m. hands-on clinic on how to give vaccines and de-wormers, and hear this advice from one teacher: “When you are giving the de-wormer, make sure not to squirt it out before it’s in the horse’s mouth.”

Koy Lindsay is the first male equine-management student. He wants to own his own rodeo in Kentucky. The school, he says, has “really helped me a lot in my managing techniques and becoming a better leader.”

And Allie Johnson, also in western Kentucky, who hopes one day to run a horse farm offering programs for kids with special learning needs. 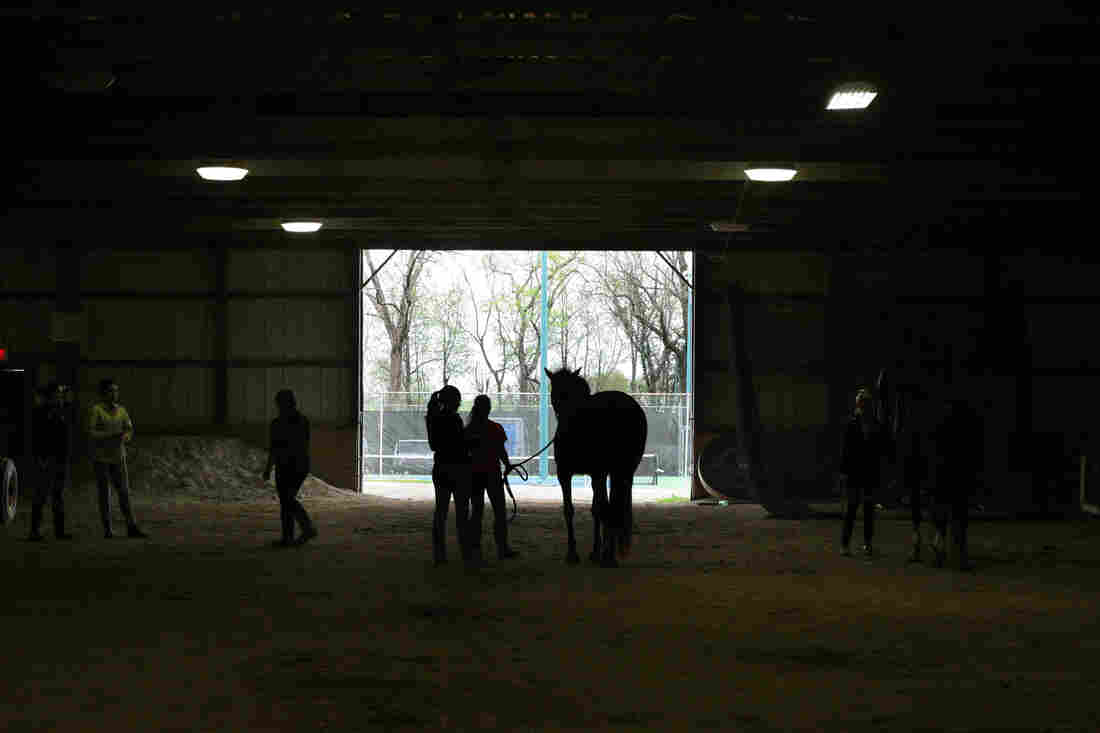 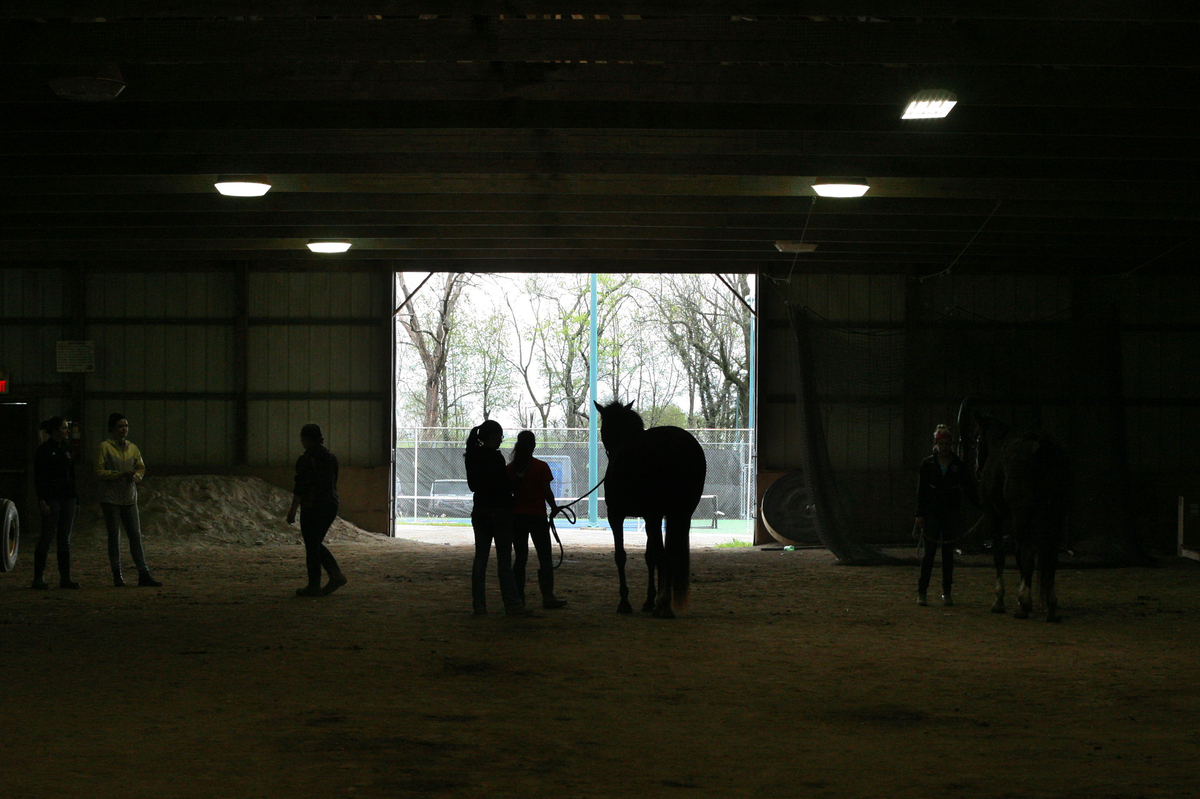 She loves to ride in the indoor arena, and says horses have long been a big part of her life:

“Whenever I had a lot going on at home, my horse helped me through a lot of it. I was supposed to be in the house after 10 at night and I’d go out there and hang out with my horse until midnight.”