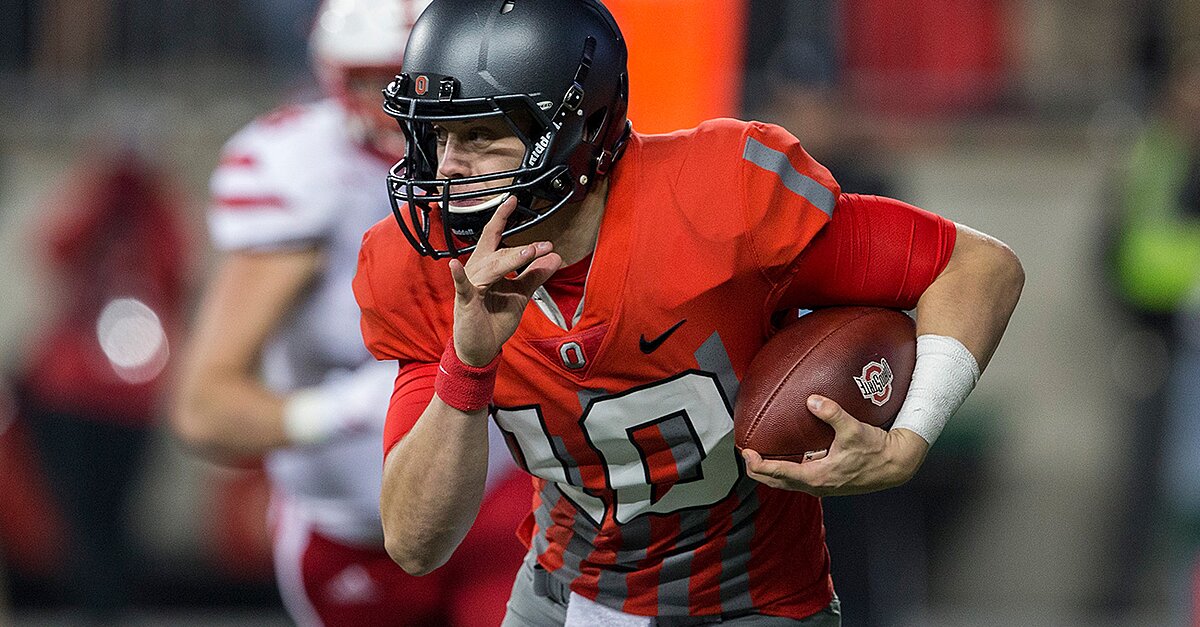 Ohio State graduate transfer quarterback Joe Burrow will visit Cincinnati and LSU to decide where to play next.

Ohio State grad transfer quarterback Joe Burrow is expected to take a visit to Cincinnati on Thursday and LSU this weekend, a source told SI.

The 6’3”, 220-pound Burrow has two seasons of eligibility remaining. The Bearcats are coached by former Ohio State assistant Luke Fickell and have an established starter at QB in Hayden Moore who threw for 20 touchdowns and almost 2,600 yards in 2017. LSU’s quarterback situation is murkier with three QBs who battled for the vacant starting spot that Danny Etling leaves behind. Sophomore Myles Brennan was seen as the frontrunner but he appeared unable to separate from Lowell Narcisse and Justin McMillan, who was the most impressive of the trio in the Tigers spring game.

Burrow was J.T. Barrett’s back up in 2016 but was passed up for that spot in 2017 after he suffered a hand injury. Dwayne Haskins took that role and shined when he was pressed into action last season in OSU’s game against Michigan. Haskins and Burrow were in a tight battle for the starting job, along with Tate Martell before the grad transfer opted to move on from Ohio State.