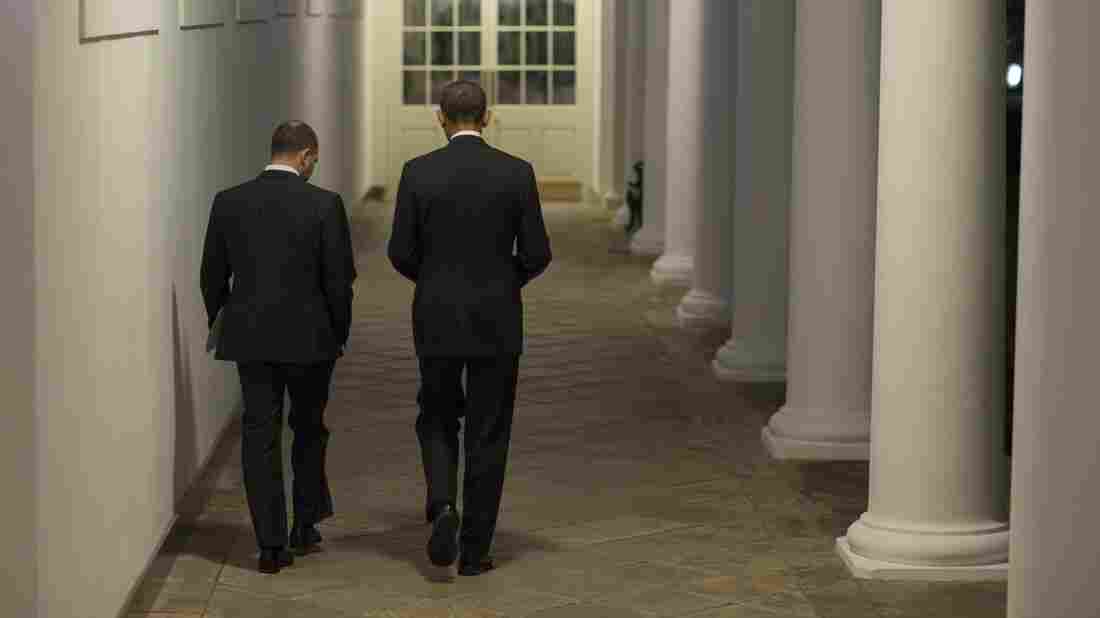 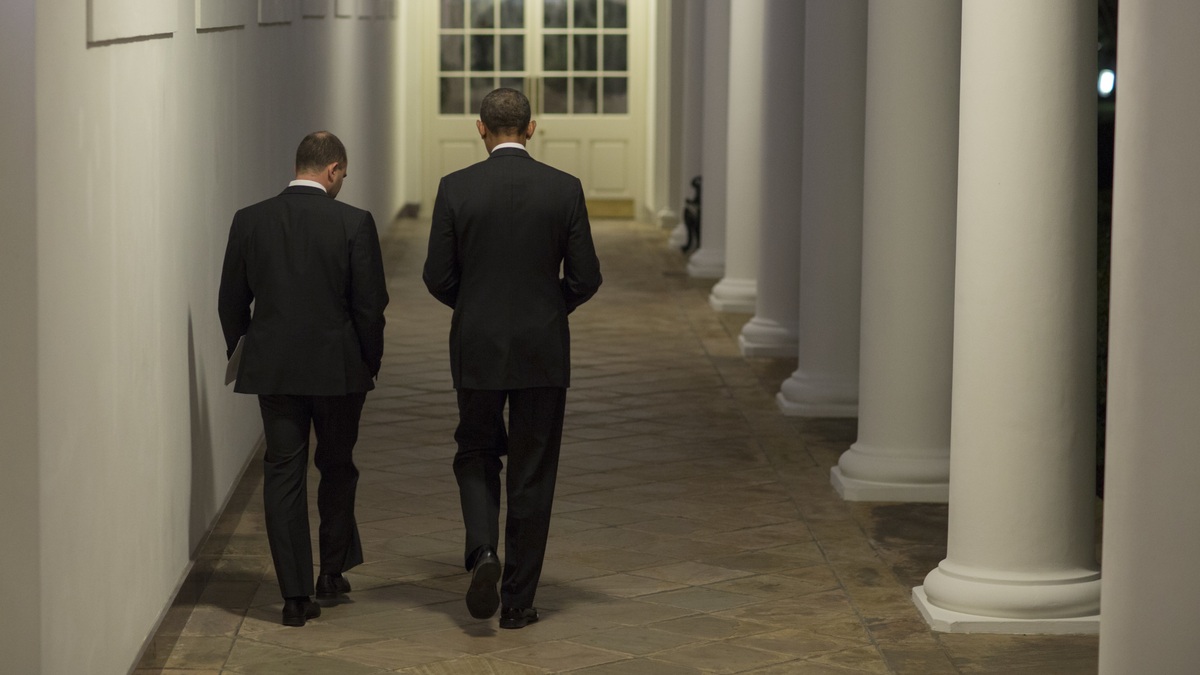 Ben Rhodes was 24 years old and working on a city council campaign in Brooklyn on Sept. 11, 2001, when a hijacked plane hit the World Trade Center. He stood on the street, watching with a group of other New Yorkers as a second plane struck and, then, as the first tower collapsed.

“I just remember walking home and thinking, ‘My life is going to be different because of this; I feel a need to be a part of whatever happens because of this,'” Rhodes says. “I didn’t know exactly what that meant, but I knew that I was in a fork in the road that was going to lead me in a new direction.”

Rhodes went on to work for Lee H. Hamilton, the former Democratic congressman from Indiana who co-chaired the bipartisan 9/11 Commission. Later, he worked on the Iraq Study Group’s report.

Both experiences gave Rhodes a deeper understanding of the events that were shaping the world. Still, he felt like his work was limited: “We could make recommendations, but we weren’t the decision-makers,” he says.

Rhodes joined the Obama campaign and eventually landed a job in the Obama White House, where he served as a speechwriter and deputy national security adviser for strategic communications. His new memoir is The World As It Is. 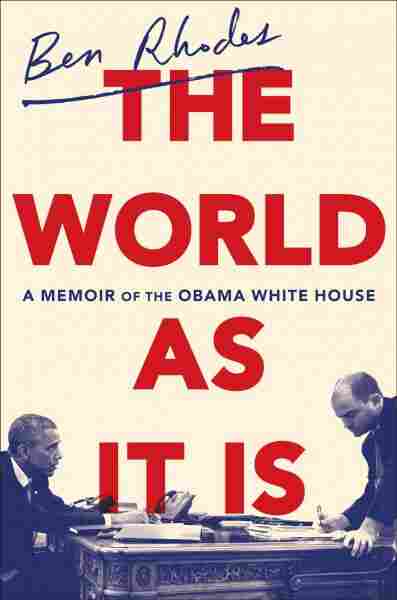 On what his first impression was at the White House

When I first went to work in the West Wing, the most daunting thing was how small this place was. … You walk in, it’s three floors, and there’s a few offices on each floor and that’s it. And you’re thinking, “Where are the other people who are going to make sure that we get this right?” And then you realize that there are no other people; it’s just you in those offices.

On a typical day in the West Wing

I could be woken up in the middle of the night to be told about some terrible event that we’d have to have a response to. I’d come into work. I’d get the presidential daily briefing — the briefing that Obama was going to get. A person would sit in my office and walk me through that intelligence. Then I’d go up to Obama’s office and we’d have that briefing with him.

You’re basically told about the worst things that are happening in the world in that briefing and then you have a meeting to decide what you’re going to do about it. Then my late morning was often spent trying to figure out what we were going to say. What’s the White House press secretary or the state department spokesperson going to say about whatever the most pressing events are in the world?

Then the afternoons were the policy meetings, and so you’re either meeting at the deputy level or the principal level, so the cabinet level or the sub-cabinet level, to work through, What is our approach to the Iran nuclear negotiation? Or, what is our response to a North Korean provocation going to be? What are we going to do about the Paris Climate Negotiations? So you kind of formulate your policy recommendations in those meetings.

Then, towards the end of the day, I’d probably have meetings related to something that was important to me, which is: What are we trying to do affirmatively in the world? … What are we going to do to actually shape events instead of just responding to them?

On the rats in the ceiling in his West Wing office

I could hear little feet scurrying over me as I’m sitting in this windowless office. … They did some renovation where they took out the wires in the wall, and they found in the wall next to where [my assistant] sat, a dead rat. And she realized that she had actually been sitting a few inches away from that. …

The fact of the matter is the West Wing never gets fully renovated, because nobody wants to vacate it. And so you have basically patch-up jobs that are being done, but it’s a tight and cramped environment.

On being the target of right-wing media investigations into the attack on the U.S. diplomatic post in Benghazi, Libya

I was a relatively anonymous guy, and for whatever reason I became one of the villains for the right. The story I tell is how [right-wing media] basically constructed this scaffolding of a Benghazi scandal around me and every now and then it would flair up. … 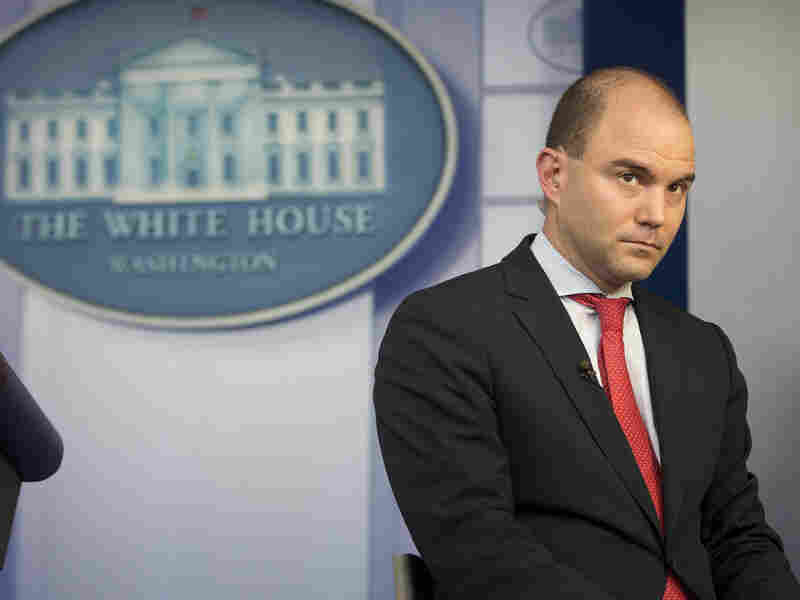 Rhodes attends an interview with CNN in the Brady Press Briefing Room of the White House on April 7, 2015. Pablo Martinez Monsivais/AP hide caption 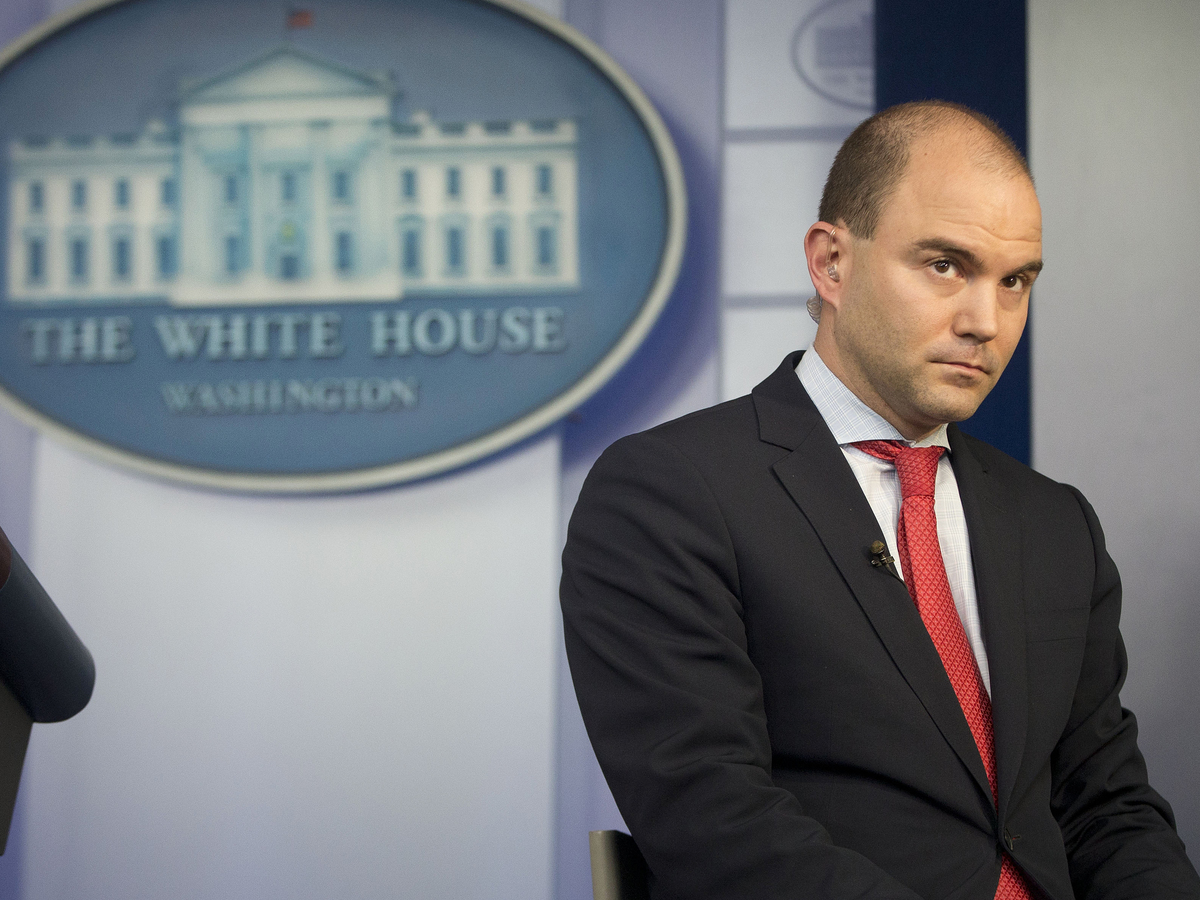 Rhodes attends an interview with CNN in the Brady Press Briefing Room of the White House on April 7, 2015.

I had the Secret Service actually patrolling my block at some point. I didn’t sign up for that. I went to work to write speeches for Barack Obama! One morning I left my house to get my dry cleaning … and a Fox News camera literally chases me up the stairs in my apartment building, camera pointed at me going, “What about Benghazi?” By the way this is like two years after Benghazi. …

I didn’t know at the time how much that was making me kind of angry. You push it down, but the experience of working became much less joyful and cynicism does creep in and your relationships suffer a bit because you become kind of grumpy. I stopped sleeping very well. … This all looks like a game from afar, but they are human beings who are in these jobs and it can take a real toll.

This all looks like a game from afar, but they are human beings who are in these jobs and it can take a real toll.

On how President Obama was bothered by people calling him “aloof”

The thing that drove him crazy was this notion of if only, like Lyndon Johnson, he’d just have more drinks with Republicans, they’d come to be bipartisan. They just weren’t interested in that. …

One time the movie Lincoln came out, and the movie Lincoln is about cooperation in Congress and hustling votes and trying to get something done. So Obama invited a bunch of Republicans into the White House movie theater to see this movie, and not a single one of them came.

So it’s not like they would come have drinks with him if he wanted to. I think he got frustrated that he was blamed for things he could do nothing about. He could not make the Republicans work with him, and yet it was easier to say “Obama’s aloof” than to say, “Why is it that a major political party won’t work with this guy at all?”

On being alongside Obama processing the results of the 2016 election

What was interesting is that I saw Obama go through the stages that I saw my friends go through — “What happened?” He called me election night; we were just kind of shell-shocked. He sent me, I remember, a note that night, “There are more stars of sky than grains of sand on the earth,” just groping for perspective, here. Then you know, we play through the tape of the Russian interference: Could the Democratic campaign had been done differently? The Comey letter?

But when we went abroad, the consequences of the election felt more stark, because the rest of the world was just dumbfounded at what had happened. … I think America in 20 years is going to look a lot more like Barack Obama than Donald Trump, but you know, we certainly felt obliged to wrestle with these questions and to second-guess ourselves to understand the result of what happened in November of 2016.

Sam Briger and Seth Kelley produced and edited this interview for broadcast. Bridget Bentz, Molly Seavy-Nesper and Meghan Sullivan adapted it for the Web.