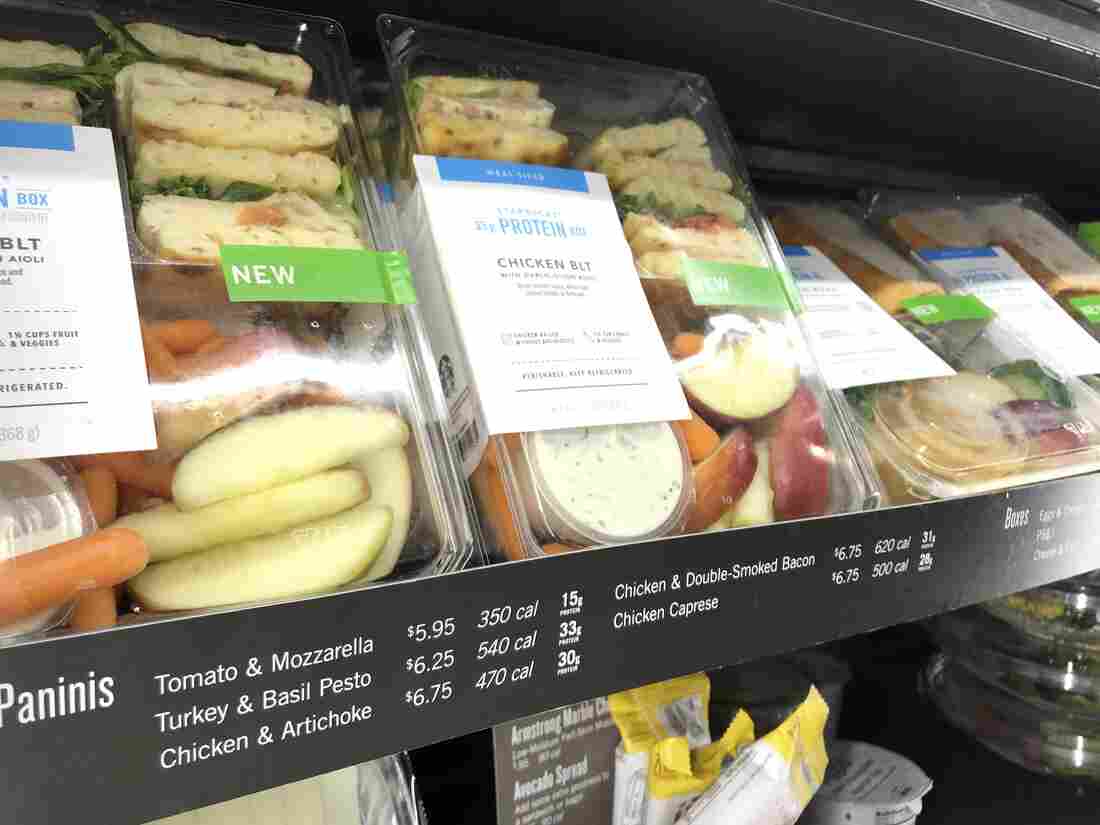 Signs declare the calorie counts for sandwiches and other grab-and-go items at a Starbucks in Washington, D.C. Allison Aubrey/NPR hide caption 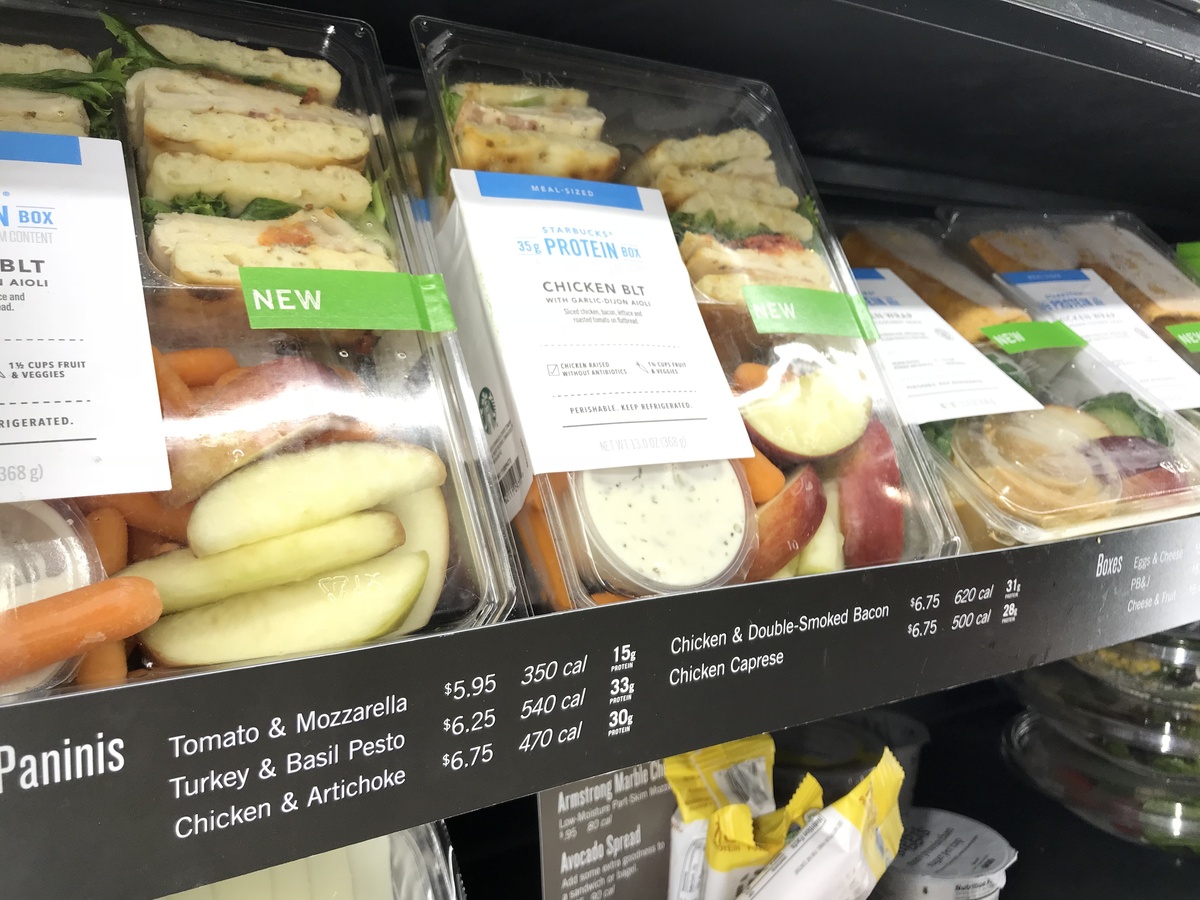 Signs declare the calorie counts for sandwiches and other grab-and-go items at a Starbucks in Washington, D.C.

Well, it’s official. Beginning today, all restaurant chains in the U.S. with 20 or more locations must post calories on menus or menu boards.

When Congress passed the Affordable Care Act, back in 2010, the federal calorie posting mandate was born.

Many chains, including McDonald’s, Panera and Starbucks, began posting calories several years back. But the proposed regulations hit several snags as industry groups lobbied for changes. Now, there’s no escaping them.

Walk into any chain, and with a glance, there’s the calorie count of that double cheeseburger you’re eyeing. You may ask yourself: Should I really order that?

And what’s the evidence calorie counts will nudge people to cut back?

A review by the Cochrane Collaborative, which analyzed several studies, found that calorie labels seem to reduce the number of calories people purchase by an estimated 50 calories per meal.

“That may sound like a small amount,” writes Gotlieb. It comes out to less than a cookie a day, he points out. “But over a year, based on that sort of reduction, you could end up consuming 10,000 to 20,000 fewer calories, making you three to five pounds slimmer.”

At a time when more than 1 in 3 adults in the U.S. is obese, Gottlieb says “national menu labeling could help make a big difference in America’s obesity rates.”

The awareness over calorie counts has led chains to rethink their menu offerings. For instance, between 2010 and 2011, when the conversation over calories began to get louder, fast-food restaurants slimmed down their entrees on children’s menus by about 40 calories, on average. And chains, including McDonald’s, have announced additional downsizing in the calories of kids’ meals.

And it seems that more new menu items being introduced by large U.S. chains are slightly lower in calories. One study found that from 2012 to 2013, new menu items were 56 calories lower, on average.

Margo Wootan of the Center for Science in the Public Interest, who’s been pushing for clearly posted calories on menus for years, says as more chains began adopting calorie counts, she began to see clear shifts. “Looking at before to after [calorie] labeling, we’ve seen a significant decrease in the calories of pastries at Starbucks,” Wootan told us.

She also points to Cosi and Maggiano’s as examples of chains that have reworked menu items from salads to entrees to lighten them up.