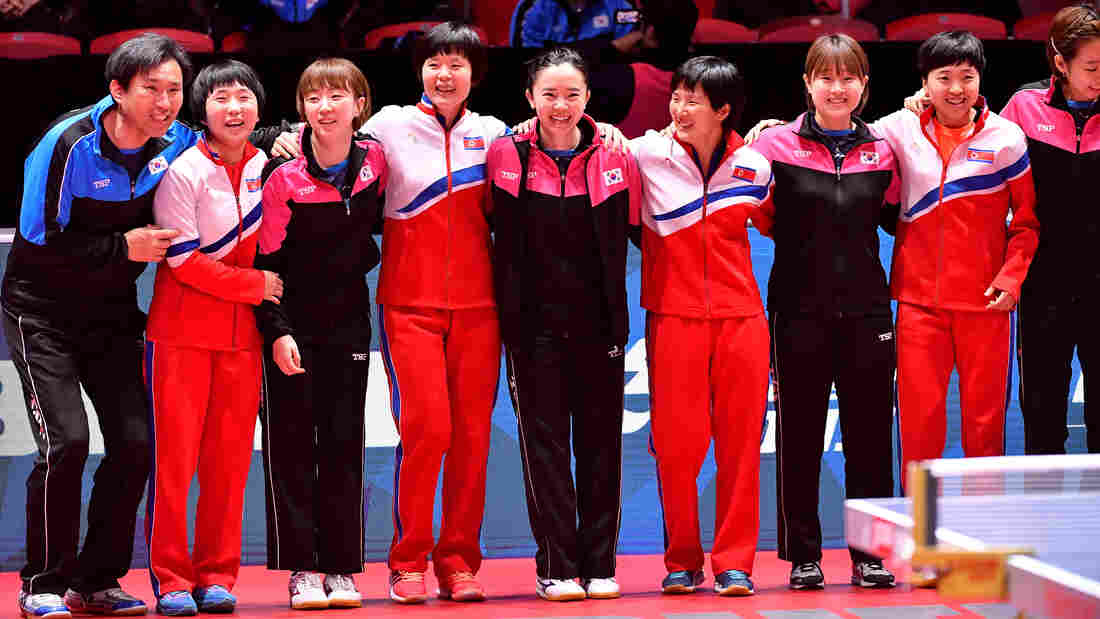 The South Korean and North Korean teams receive an ovation Thursday at the World Team Table Tennis Championships in Halmstad, Sweden. The players elected to form a unified Korean team for the tournament’s semifinal round. TT News Agency/Reuters hide caption 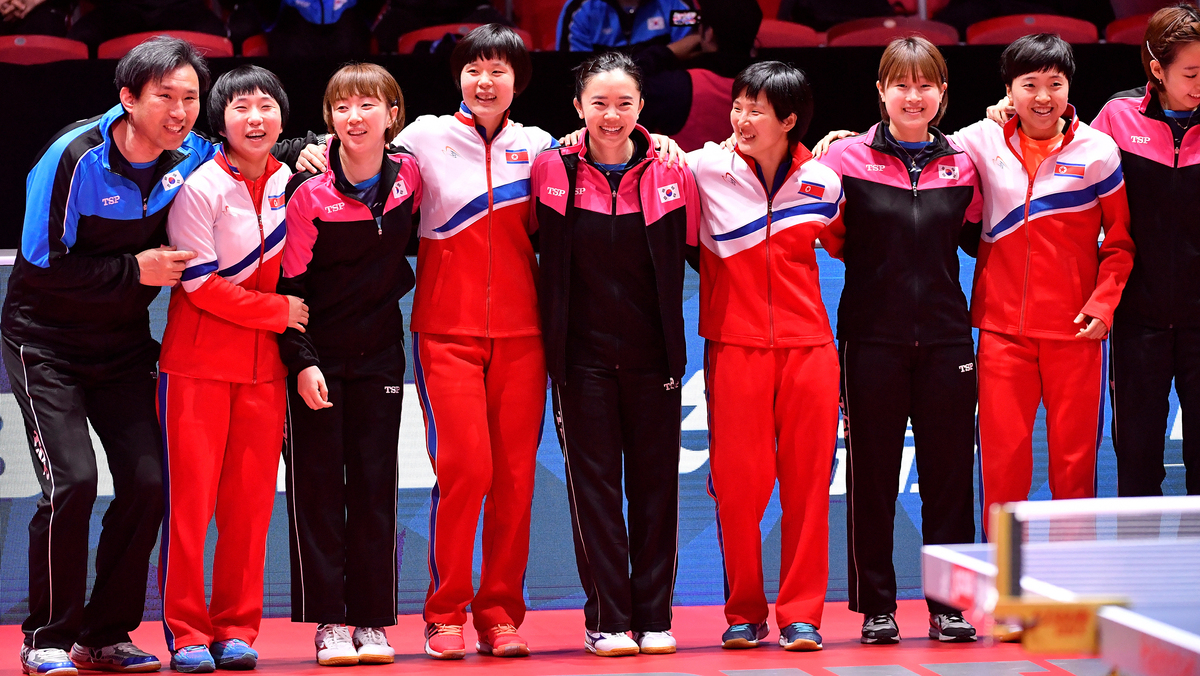 The South Korean and North Korean teams receive an ovation Thursday at the World Team Table Tennis Championships in Halmstad, Sweden. The players elected to form a unified Korean team for the tournament’s semifinal round.

More than four decades after pingpong diplomacy forged ties between the U.S. and China, thawing a relationship had been frozen in hostility, two long-time opponents have again reached across the net for a historic handshake.

Women’s table tennis teams from South Korea and North Korea announced Thursday that they would not compete against each other, as scheduled, in the quarterfinals of the World Team Table Tennis Championships. They told umpires on the court in Halmstad, Sweden, they would skip the match entirely and instead form a unified team to play in the semifinal round.

“This is a big historical decision for both our countries.” Ryu Seung-min, vice president of the Korea Table Tennis Association, said in a statement released by the International Table Tennis Federation, or ITTF.

“This is an important statement to promote peace between our countries through Table Tennis,” he added.

ITTF President Thomas Weikert said in the statement that the federation’s board of directors did not simply approve the unusual agreement: “The unified team received a standing ovation from the delegates who showed their sign of support to this historic move.”

“It’s a bit of a risk of course as this is not 100 percent according to the rules,” Weikert told Reuters on Thursday, “We all feel happy that we have a small sign in the process of the reunion of Korea.”

Hopeful signs of reunification can be found not just on the pingpong table, but the negotiating table as well.

Late last month North Korean leader Kim Jong Un crossed the border to meet with his South Korean counterpart, Moon Jae-in — the first time a Kim dictator has done so since the 1953 armistice that brought an end to fighting in the Korean War.

Both countries have agreed to stop blaring propaganda at each other across the border through loudspeakers. North Korea has even declared its intention to sync clocks with its southern neighbor, which has operated on a different time zone for decades.

It is also not the first time this year that athletes from the longtime foes have joined up to compete in a unified team: Women’s ice hockey players from North and South took the ice together at the Olympic Games in Pyeongchang.

Still, it has been quite a while since the neighbors have taken up paddles together. The ITTF notes that not since 1991 has a unified Korean team competed in the World Table Tennis Championships, when that team actually won the world title.

Weikert acknowledged that the ITTF had to bend regulations to allow the creation of the new unified Korean team mid- tournament, but he said they had other considerations in mind than just the rulebook.

The announcer at the arena in Sweden, when revealing the decision to fans, put the matter more simply.

“It’s not North Korea, it’s not South Korea,” he said as both teams linked arms and beamed for the fans. “It’s just Korea.”