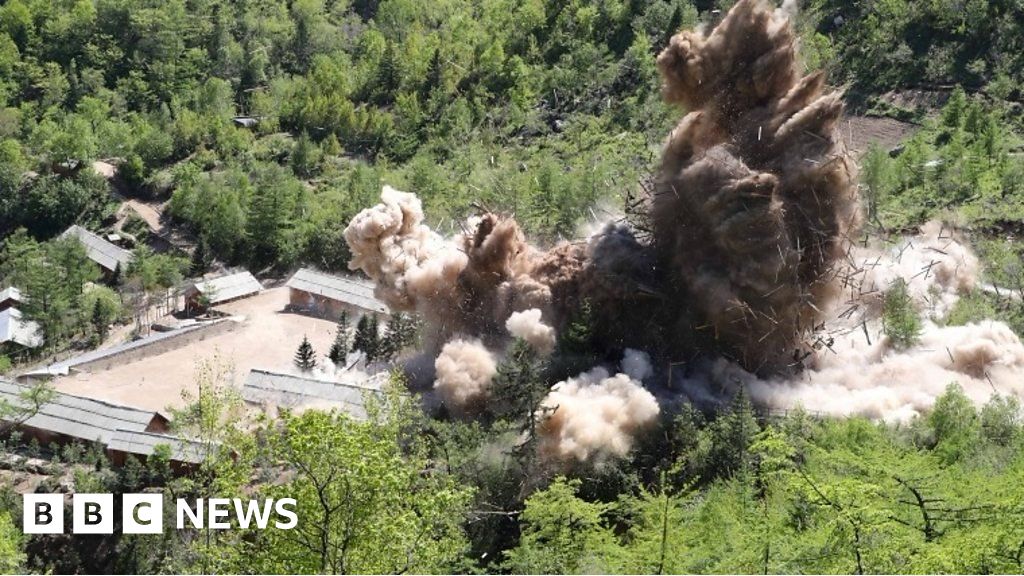 Video shows North Korea appearing to blow up tunnels at its only nuclear test site. The move by the North was seen as part of a diplomatic rapprochement with South Korea and the US.

It came ahead of a planned summit between US President Donald Trump and North Korean leader Kim Jong-un in Singapore on 12 June, which has now been cancelled by Mr Trump.