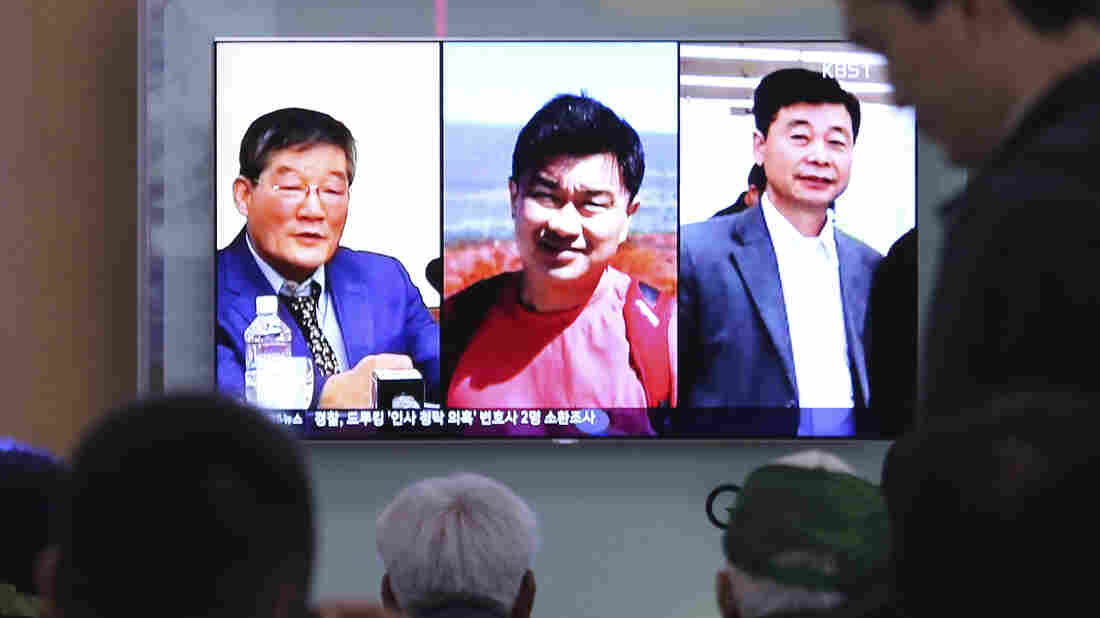 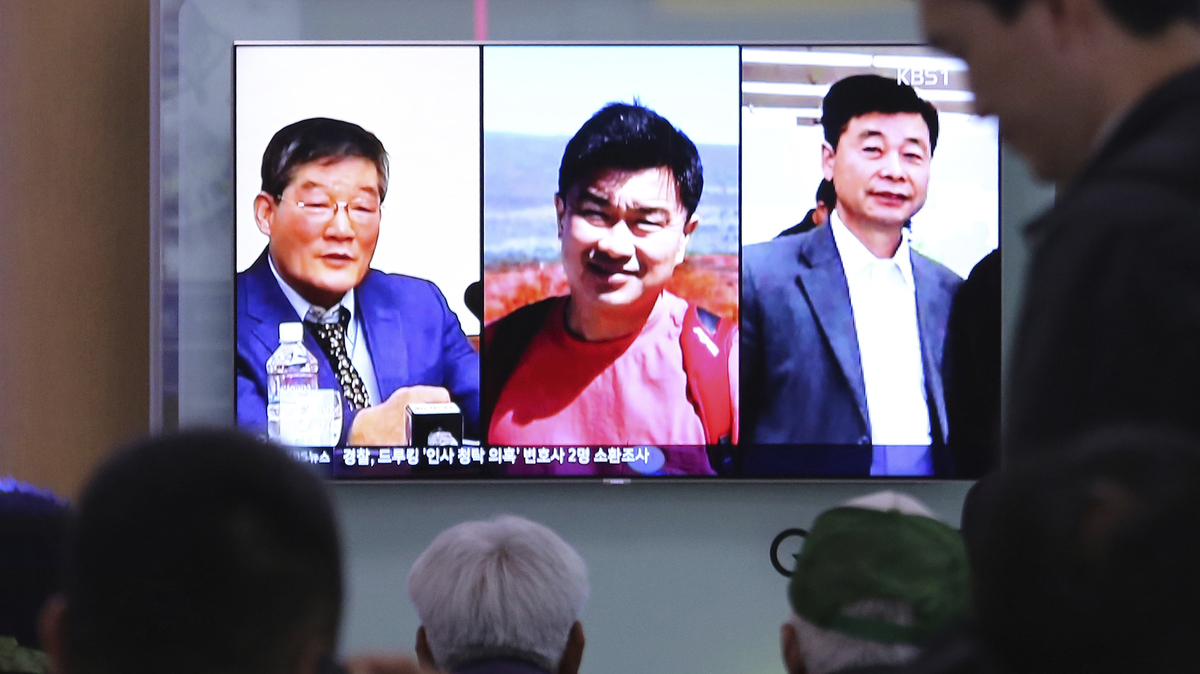 North Korea has released three Americans it had been holding captive, in a deal that was announced as Secretary of State Mike Pompeo ended his visit to the isolated country. They left the country with Pompeo and will arrive back in the U.S. early Thursday, with an expected arrival between 2 and 3 a.m. at Andrews Air Force Base in Maryland. President Trump says he will meet them when they land.

“President Trump appreciates leader Kim Jong Un’s action to release these American citizens, and views this as a positive gesture of goodwill,” the White House said in a statement. “The three Americans appear to be in good condition and were all able to walk on the plane without assistance.”

One of the Americans is Tony Kim, also known as Kim Sang-duk, a teacher who was detained in April 2017. His family issued a statement thanking everyone who contributed to his release.

“We ask that you continue to pray for the people of North Korea and for the release of all who are still being held,” the Kim family said.

The other two Americans are believed to be Kim Dong Chul, who was arrested in 2015, and Kim Hak-song, also known as Jin Xue Song, whose detention was announced shortly after Tony Kim’s.

The three Korean-Americans had been accused of espionage and hostile acts, NPR’s Michele Kelemen reports.

All three have some sort of religious affiliation, NPR’s Anthony Kuhn notes.

“One is a pastor, one is a self-described missionary,” he says. “Two of them taught at this school called the Pyongyang University of Science and Technology, which was founded by evangelical Christians and teaches children of North Korean elites.

“Experts basically believe that these three were basically detained in order to serve as bargaining chips with the U.S. for North Korea, or even, in the event of a military conflict, human shields,” Kuhn reports.

Talk of the captives’ release had increased as the U.S. and North Korea’s regime engaged in rare talks — and worked to arrange a meeting between Trump and Kim Jong Un. The president said Pompeo has worked out the place and time of the summit, in talks with North Korean officials.

Trump confirmed their release in a tweet on Wednesday morning, saying the group was airborne.

I am pleased to inform you that Secretary of State Mike Pompeo is in the air and on his way back from North Korea with the 3 wonderful gentlemen that everyone is looking so forward to meeting. They seem to be in good health. Also, good meeting with Kim Jong Un. Date & Place set.

“I am pleased to inform you that Secretary of State Mike Pompeo is in the air and on his way back from North Korea,” Trump wrote, “with the 3 wonderful gentlemen that everyone is looking so forward to meeting. They seem to be in good health.”

For Pompeo, this was the second surprise trip to North Korea in recent weeks, having traveled to the country to visit Kim Jong Un in early April while he was CIA director — and before his confirmation as secretary of state.

On Wednesday morning, Trump said that “Pompeo and his ‘guests’ will be landing at Andrews Air Force Base at 2:00 A.M. in the morning. I will be there to greet them. Very exciting!”

Of the three detainees, Kim Dong Chul had been held the longest. He was arrested in 2015, charged with espionage and sentenced in 2016 to 10 years’ hard labor.

In an interview with CNN during his detention, Kim Dong Chul said he used to live in Fairfax, Va., and moved to China, near the border with North Korea, to work in international trade and in the hotel business. He said he worked as a spy for South Korean “conservative elements.”

“Kim’s claims were made in the presence of North Korean officials and CNN cannot determine whether they were made under duress,” CNN said.

Tony Kim was detained in April 2017 as he attempted to leave North Korea. He was an adjunct professor at the Pyongyang University of Science and Technology, or PUST, where he taught accounting, NPR’s Laurel Wamsley reported in 2017.

PUST is “the first and currently only privately-run university in the DPRK,” the university says. The college was “founded in 2010 with donations from Christian groups,” The Associated Press reports.

A chancellor at the university said Tony Kim had also worked with an orphanage.

He was accused of “hostile criminal acts.”

Kim Hak-song was detained a few weeks after Tony Kim. He worked at PUST in agricultural development.

The three men were, as of Wednesday, the only Americans known to be detained in North Korea.

Former prisoner Otto Warmbier, an American college student who had been held in North Korea and sentenced to hard labor, was released in June 2017. But he was in a coma at the time he was returned to the U.S., and he died shortly afterward.

Warmbier’s family has sued North Korea, alleging that their son was tortured and murdered by the regime.