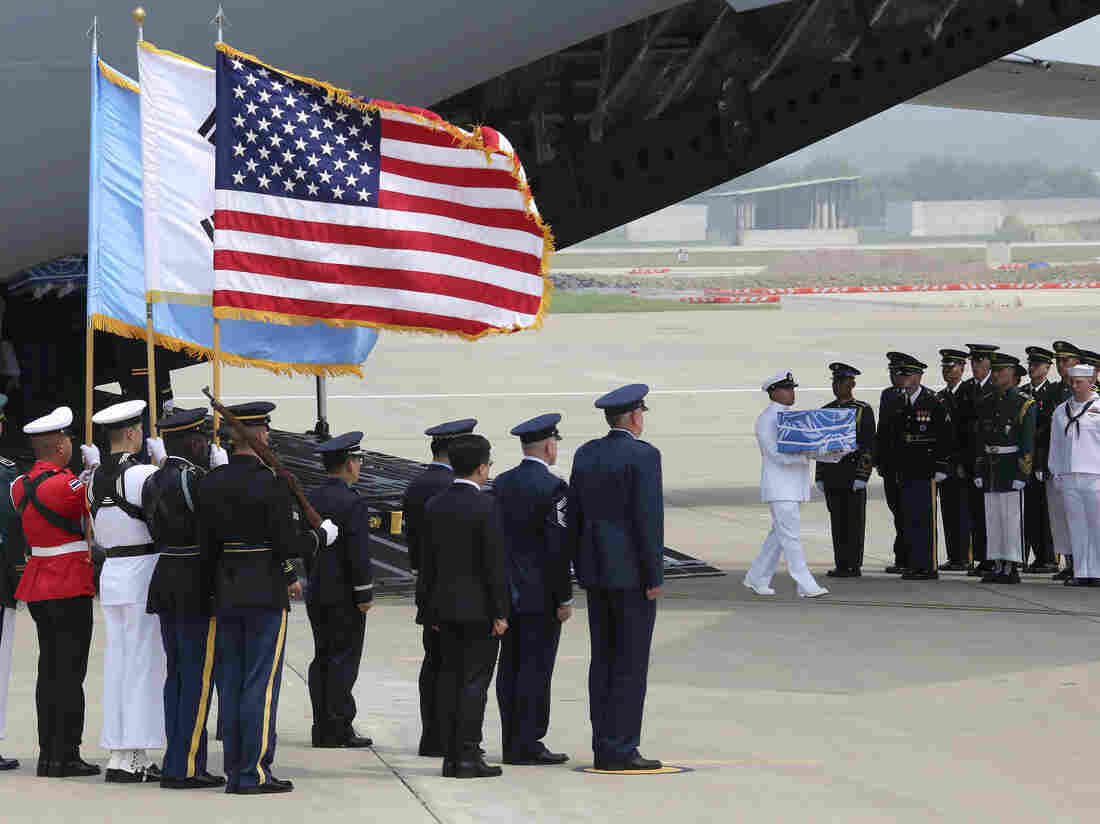 A U.N. honor guard carries a box containing remains believed to be from American servicemen killed during the 1950-53 Korean War after arriving from North Korea, at Osan Air Base in Pyeongtaek, South Korea on Friday. Ahn Young-joon/AP hide caption 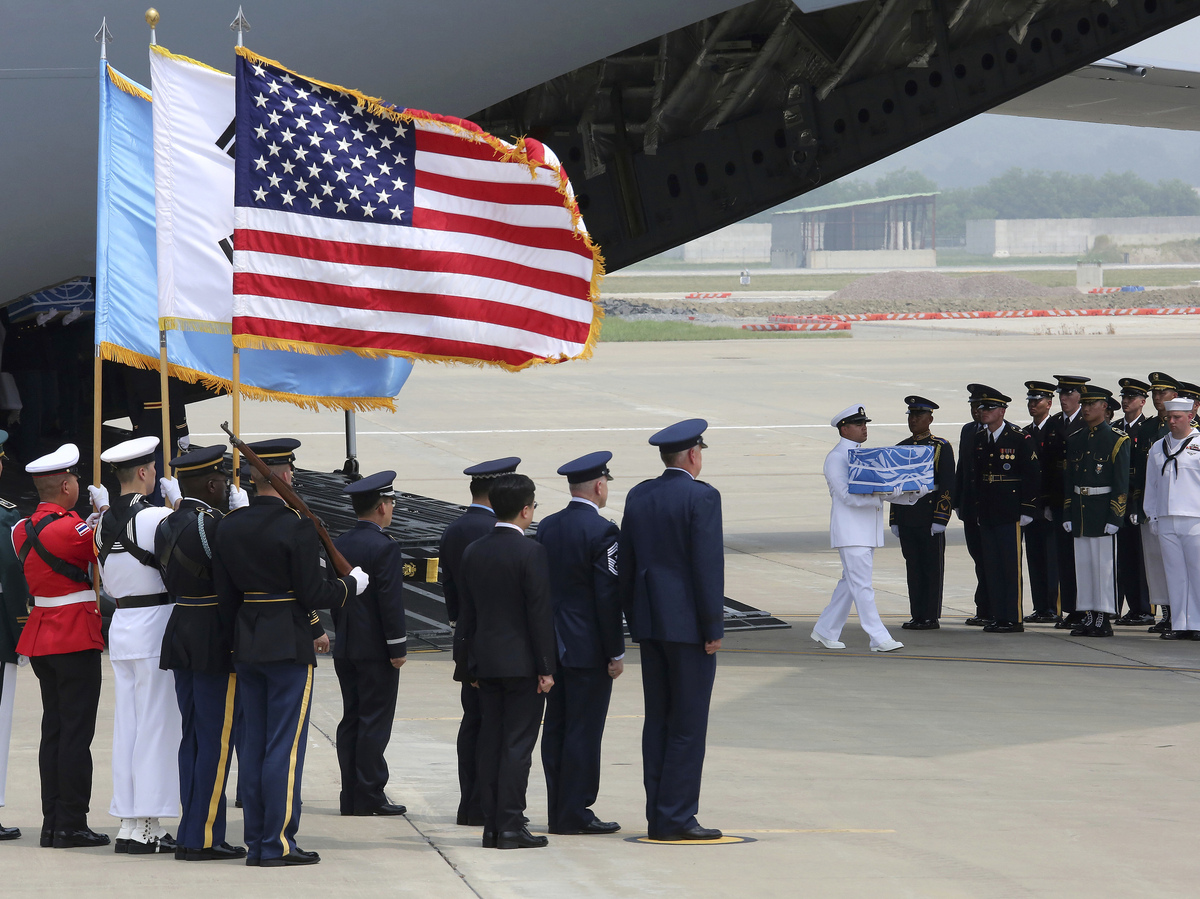 A U.N. honor guard carries a box containing remains believed to be from American servicemen killed during the 1950-53 Korean War after arriving from North Korea, at Osan Air Base in Pyeongtaek, South Korea on Friday.

What are believed to be the remains of some 55 U.S. servicemen killed in the Korean War have arrived in South Korea aboard a U.S. Air Force transport from the North in accordance with an agreement made last month between President Trump and Kim Jong Un at their summit in Singapore.

The Associated Press later confirmed that the plane had landed at Osan Air Base at Pyeongtaek, South Korea, where a formal repatriation ceremony is planned for Aug. 1.

The transfer took place Friday local time, which marks the anniversary of the armistice that halted the Korean War in 1953. No formal peace treaty ending the conflict has ever been signed.

“At Osan, U.S. servicemen and a military honor guard lined up on the tarmac to receive the remains, which were carried in boxes covered in blue United Nations flags.

Details of what specifically the U.S. had picked up were unclear, but reports said previously that Pyongyang would return about 55 sets of remains from the 1950-53 Korean War.”

However, as The New York Times notes, “Remains that were returned in the past from North Korea were found to be mixed with those of unidentified individuals and even with animal bones.”

In 1990, for example, North Korea agreed to turn over a set of five remains, along with clothing and identification tags. Later forensic examination revealed that they contained seven individuals mixed together, none of which matched the tags.

The remains are expected to be flown to Joint Base Pearl Harbor-Hickam in Hawaii for identification.

The AP reports, “The U.S. military last month said that 100 wooden ‘temporary transit cases’ built in Seoul were sent to the Joint Security Area at the Korean border as part of preparations to receive and transport remains in a dignified manner. U.S. Forces Korea spokesman Col. Chad Carroll also said, at the time, that 158 metal transfer cases were sent to a U.S. air base and would be used to send the remains home.”

“Today’s actions represent a significant first step to recommence the repatriation of remains from North Korea and to resume field operations in North Korea to search for the estimated 5,300 Americans who have not yet returned home,” the White House statement said.