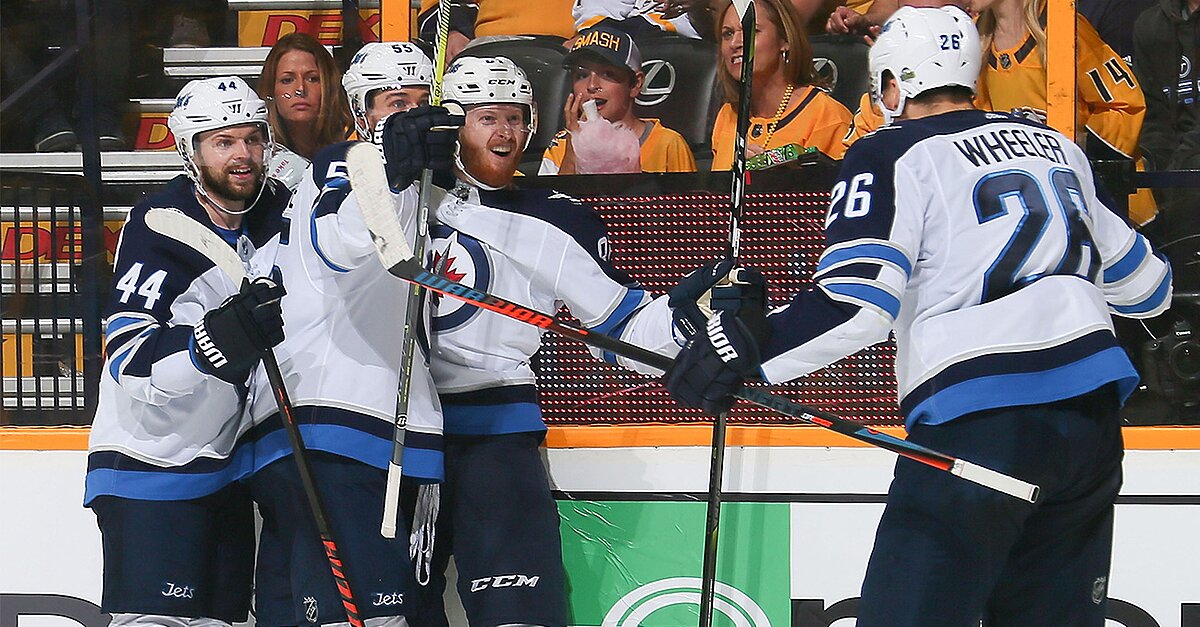 The conference finals are set, and there is now a 75% chance the 2017-18 NHL season ends with a first-time Stanley Cup champion. There is also a 75% chance the ‘17–18 season ends with a Stanley Cup champion that can claim a heritage within the most maligned, overlooked division in hockey’s modern era, a trial balloon that was set free from the league’s central offices and largely left to fend for itself over 14 roller-coaster years from 1998 to 2013: the Southeast Division.

In life and in death, the Southeast never got the respect it deserved. It looked and felt like an afterthought from the year of its founding in 1998, arriving as a four-team cluster of the defending Eastern Conference champion Washington Capitals, the newly relocated Carolina Hurricanes and Florida’s two expansion teams from earlier in the decade, the Panthers and Lightning. The next year, the expansion Atlanta Thrashers were added, evening out the numbers with the East’s other divisions but hardly making a dent in the competitive balance.

In the first season of that realigned NHL, the Hurricanes were the Southeast’s lone playoff representative, earning the fewest regular-season points of any Eastern Conference qualifier. The division went on to claim back-to-back Stanley Cups, but the Lightning and Hurricanes’ triumphs were sandwiched around and largely overshadowed by the debilitating 2004-05 lockout. Later, as Alex Ovechkin turned the Capitals into a perennial contender, his teams were dogged by the notion that their path to the playoffs was a cakewalk through overmatched division “rivals”.

In the final 10 seasons of the division’s existence, the Panthers, Hurricanes and Thrashers combined for just four playoff appearances and were subjected in turn to the embarrassment of half-empty home games and relocation rumors that Atlanta ultimately succumbed to. The Southeast never sent three teams to the playoffs in the same season, and by the time the Thrashers were sold and relocated to Winnipeg in 2011, everyone was happy to part ways. (But of course, this next round of realignment was not without two awkward years of inconvenient road trips for the Jets, who remained in the Southeast until jumping to the West’s Central Division when the NHL realigned into the current division format.)

Now, as the Lightning and Capitals square off for the Prince of Wales Trophy and the Jets take on the expansion Golden Knights (coached by former Panthers bench boss Gerard Gallant) in the West, there’s no ignoring the Southeast Division’s legacy. NHL commissioner Gary Bettman’s controversial faith in non-traditional hockey markets has been validated in the recent on- and off-ice success of Vegas and Nashville. All four conference finalists are among the 13 NHL clubs that reported attendance figures of at least 100% of their home arena’s capacity over the course of the regular season. And the Jets, the one franchise that eventually retreated to a northern market clamoring for hockey, still have four key players from that final Thrashers team in 2010-11: forwards Blake Wheeler and Bryan Little and defensemen Dustin Byfuglien and Toby Enstrom. (The playoffs’ leading scorer, Mark Scheifele, was the franchise’s first-round pick the year it left Atlanta, leaving the door open for hypotheticals about whether the Thrashers would have become the contender the Jets are now with five more years of runway in a city that never saw a playoff victory.)

The NHL needs this unexpected final four, just as it needed 10 straight years of marquee Stanley Cup Final matchups from 2007–08 to 2016–17 to juice interest in the league post-lockout and build marketable superstar cores in Pittsburgh, Chicago and Los Angeles. Those mini-dynasties helped get the league back on its feet, but hockey’s best advertisement today is the rabid enthusiasm with which fans have embraced relatively new arrivals in Vegas and Winnipeg and the consistently electric atmospheres in Tampa Bay and Washington.

So as the conference finals begin, allow the Southeast Division the victory lap it so rarely enjoyed during its existence. Vegas may be approaching this run with the bright-eyed innocence of an expansion team, but the other three franchises still standing know not to take a moment in the postseason spotlight for granted.