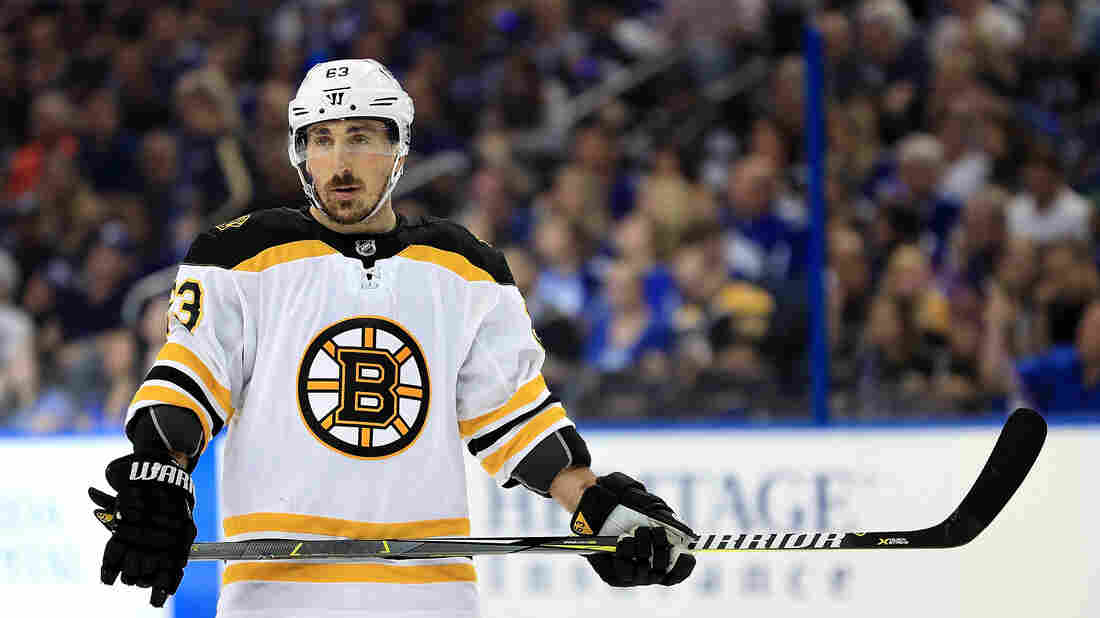 Brad Marchand of the Boston Bruins looks on during Game Five of the Eastern Conference Second Round against the Tampa Bay Lightning in Tampa, Fla., on Sunday. Mike Ehrmann/Getty Images hide caption 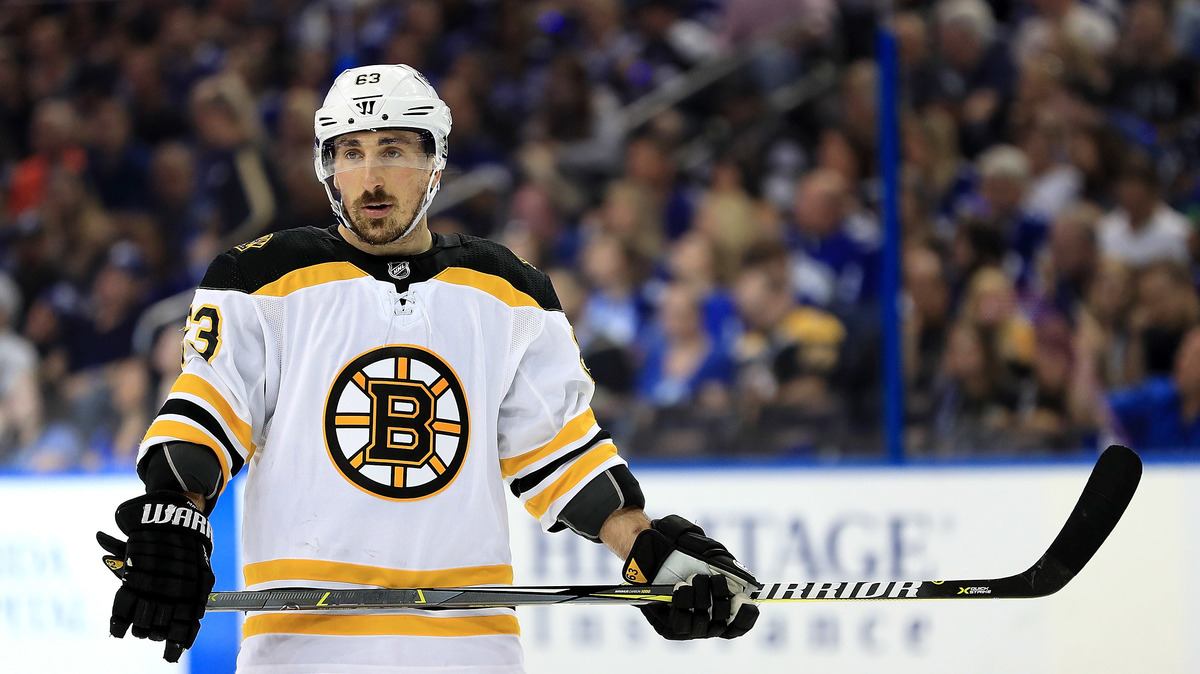 Brad Marchand of the Boston Bruins looks on during Game Five of the Eastern Conference Second Round against the Tampa Bay Lightning in Tampa, Fla., on Sunday.

On Sunday night, the Tampa Bay Lightning defeated the Boston Bruins to head to the NHL’s Eastern Conference Finals.

And nobody licked anybody.

That was not a guarantee. Bruins left wing Brad Marchand licked opposing players twice this post-season.

Marchand is famously antagonistic and annoying, earning the unofficial title of the biggest pest in the NHL, a label his team has embraced. But his new strategy earned some ire off the ice, and the NHL stepped in to order Marchand to knock it off.

“I thought he wanted to cuddle,” Marchand told reporters after the game, tongue in cheek. “I was just trying to get close to him.”

The Bruins beat the Maple Leafs in that game — Marchand had a goal and an assist — and won the series, as well.

But Marchand’s second licking wasn’t so lucky. During Game 4 of the second-round series, on Friday, Marchand lapped at Lightning forward Ryan Callahan.

The Bruins lost. Marchand was unrepentant.

“Well, he punched me four times in the face, so …” Marchand said afterward.

After that, the NHL decided it’d had enough. A league executive scolded Marchand on Saturday — giving him a tongue-lashing, as The Boston Globe put it.

NHL’s Colin Campbell spoke with Boston’s Brad Marchand and GM Don Sweeney today. The League put the player on notice that his actions last night are unacceptable and similar behavior in the future will be dealt with by way of supplemental discipline.

“Cassidy said before the game that he had spoken with Marchand, delivering a simple, straight-forward message: “We need you on the ice, we need you playing. If part of his M.O. is to annoy people, find a different way to annoy them. Preferably by scoring some goals, that would be the best way.”

“Afterward, Marchand shrugged off a question about his discussion the previous day with NHL senior vice president of hockey operations Colin Campbell.