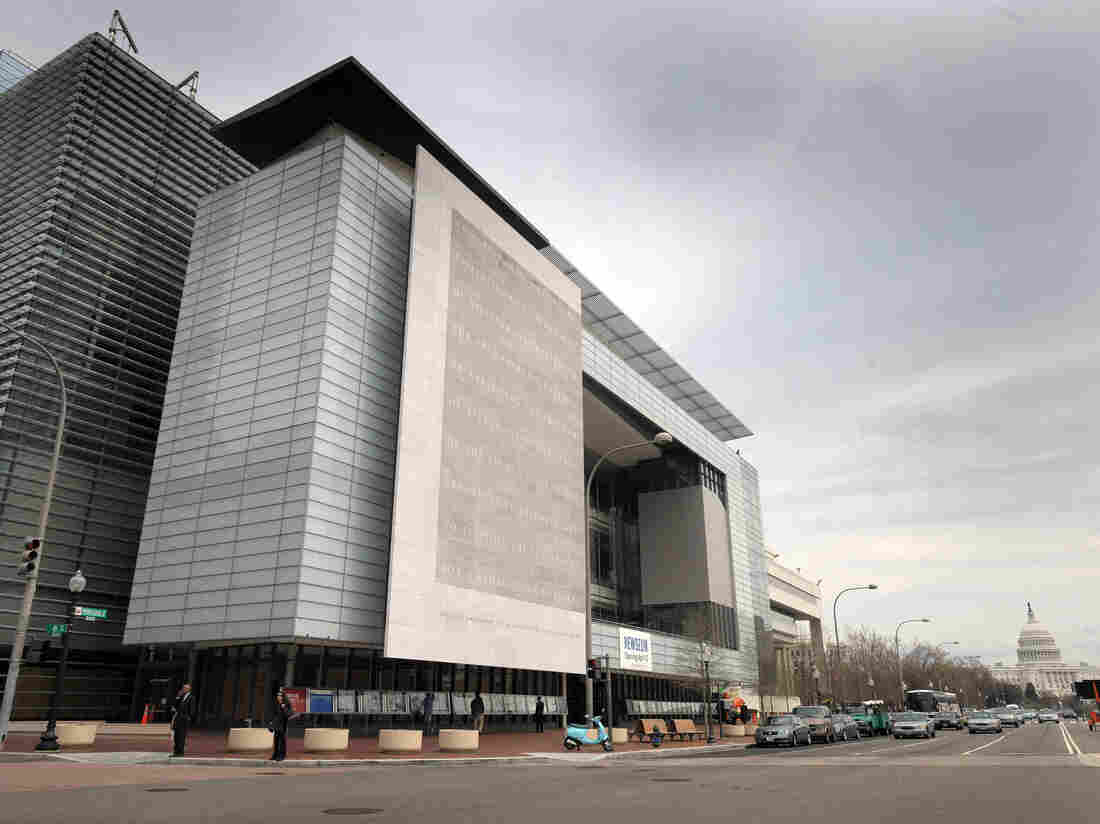 The Newseum building in 2008, the year it moved into its Washington, D.C., home. On Friday, Johns Hopkins University announced that it is acquiring the building for $372.5 million. Tim Sloan/AFP/Getty Images hide caption 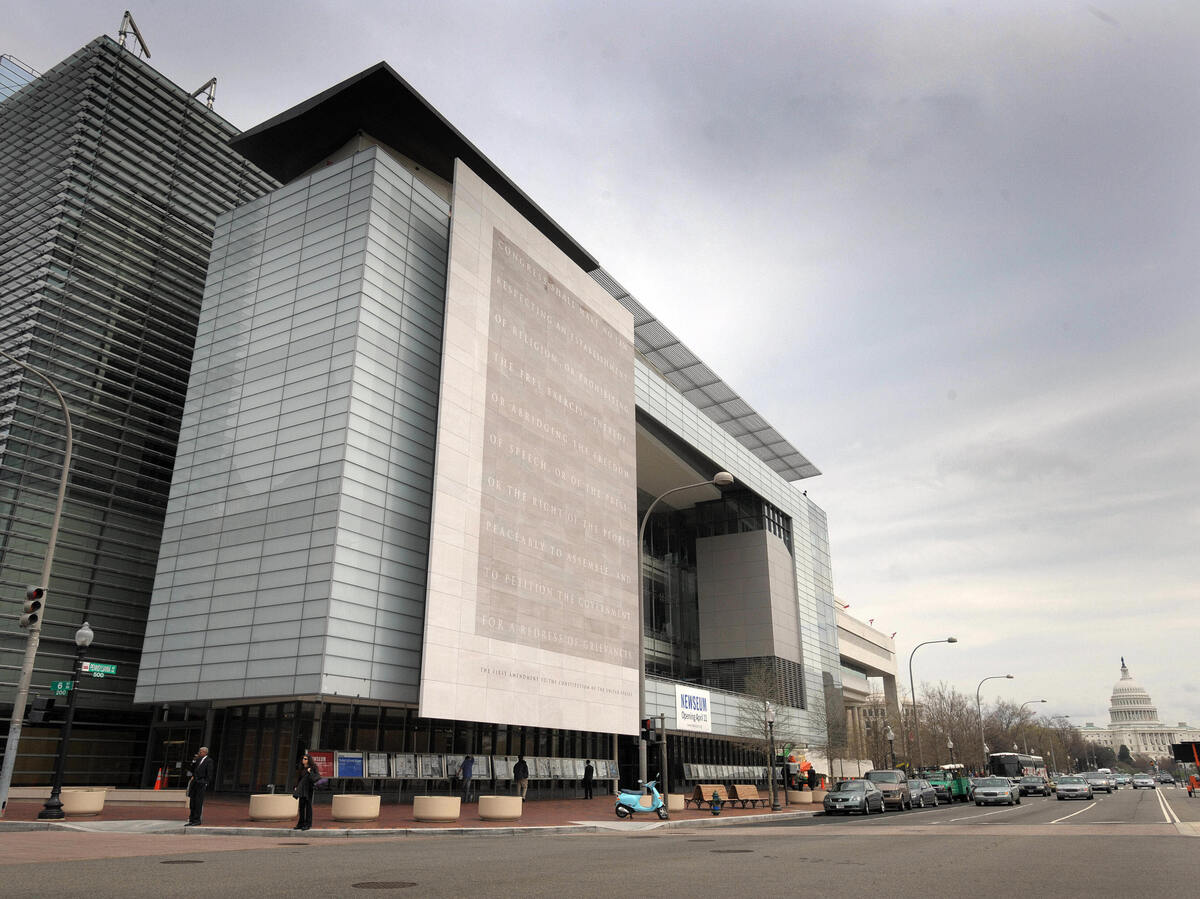 The Newseum building in 2008, the year it moved into its Washington, D.C., home. On Friday, Johns Hopkins University announced that it is acquiring the building for $372.5 million.

The Newseum is losing its stately glass-and-steel digs.

The organization behind the journalism museum, The Freedom Forum, says it has reached a $372.5 million deal with Johns Hopkins University to sell the Washington, D.C., building, throwing the Newseum’s long-term future into uncertainty.

“This was a difficult decision, but it was the responsible one,” Jan Neuharth, the Freedom Forum’s CEO and chair, said in a statement released Friday. “We remain committed to continuing our programs — in a financially sustainable way — to champion the five freedoms of the First Amendment and to increase public awareness about the importance of a free and fair press.”

She said the organization plans to “explore all options” to find a new D.C.-area home for the Newseum, once it leaves the stately complex at 555 Pennsylvania Ave. N.W., directly between the U.S. Capitol and the White House.

The Newseum’s exhibits, which showcase artifacts dedicated to journalism and its history, will remain open to visitors at that location through the end of the year — at which point Johns Hopkins expects to take over the property for the purposes of expanding and consolidating its presence in the nation’s capital.

The Baltimore-based university says more than 3,300 of its faculty, staff and students do their work in the city. That includes outposts of its international studies, business and nursing programs.

“With the acquisition and renovation of the Newseum, we will have an unparalleled opportunity to bring all of our current D.C.-based Johns Hopkins graduate programs together in a single, landmark, state-of-the-art building,” university President Ronald J. Daniels explained in an open letter Friday.

He said the school collected the funds to purchase the building “through the sale of our existing properties in D.C., university funds, and generous philanthropic support.” Just three months ago, the university announced that former New York City Mayor — and Johns Hopkins alumnus — Michael Bloomberg had donated $1.8 billion to the university’s coffers, rounding out his lifetime contributions to $6.4 billion.

The deal announced Friday, which remains subject to regulatory approval, also represents the end of a rather tumultuous era for the Newseum.

Founded just across the Potomac in Northern Virginia in the late 1990s, the museum moved into its glamorous glass-and-steel home with much fanfare in spring 2008. But even back then, as NPR’s Elizabeth Blair noted at the time, there were some doubts about the fiscal wisdom of a project with a price tag of roughly $450 million.

Those concerns only grew in recent years, as its relatively high entry fee — about $25 per adult, surrounded by the free Smithsonian museums — and its reportedly consistent deficits portended ill for the Newseum’s financial future.

The Freedom Forum appeared to validate those worries in August 2017, when it launched a “strategic review of the priorities it funds.” That review included assessing a range of options related to its building, one of which included an outright sale.

Now it faces an uncertain future — but the Newseum’s leaders vowed to carry on its mission of celebrating and supporting the First Amendment, wherever they may do so next.

“Our patrons learned about the joys, the duties, and even the dangers journalists experience in their work, and why a free and fair press is so important to a well-functioning democracy,” said Peter Prichard, chair of the Newseum’s board of trustees, in the statement.

“We stand ready to continue much of the Newseum’s important work for decades to come — through digital outreach, traveling exhibits, and web-based programs in schools around the world, as well as hopefully in a new physical home in the area.”