Michael Carrick has only just hung up his boots but is already looking to the future – and he has the Manchester United manager’s job in his sights.

The 36-year-old brought to an end his illustrious playing career when the 2017/18 season finished having made 464 appearances in all competitions for the Red Devils.

For the final few games, Carrick took up a position as one of Mourinho’s coaching staff where he was able to start the learning process.

As reported by the Star, he has also been tapping into the knowledge of Gary Neville and Ryan Giggs, because he is eyeing the Manchester United job after Mourinho leaves.

There is no telling when that will be, but even if it is sooner rather than later, Carrick surely does not have enough experience to take such a big job as his first.

Apparently there is a ‘buzz’ inside United’s training complex Carrington that Carrick will one day link up with Ryan Giggs to take over at the helm and deliver the exciting brand of attacking football that has been absent since the Sir Alex Ferguson days.

Mourinho’s style is not appreciated by the majority of United supporters. He may have delivered three trophies last season and a second place finish this, but there a number of fans out there who refuse to accept the Portuguese’s tactics. 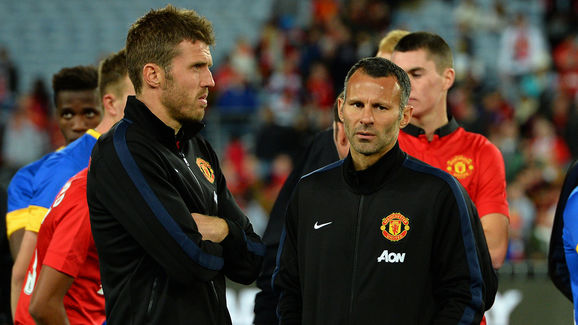 Carrick said: “Jose is one of the best and I obviously know the club and manager and will be learning off him, trying to bring the kids through and have an influence on that.

“It makes sense to try to pick people’s brains as much as I can. So I will certainly be doing that. If I get into it and I think I would like to manage, probably at this stage my answer would be ‘yes’.”