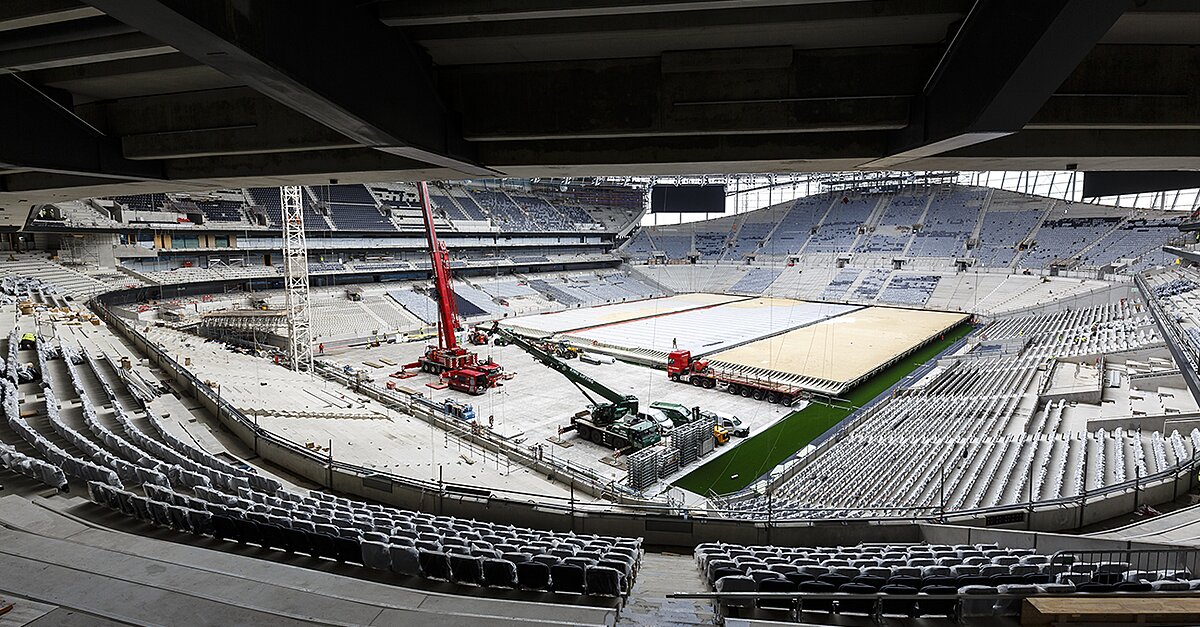 Raiders vs. Seahawks in London could reportedly move to Wembley if new Tottenham Stadium isn’t ready.

The Oakland Raiders are scheduled to play the Seattle Seahawks at Tottenham Stadium in London as part of the NFL’s International Series on October 14, but that game could be moved because the 62,000 seat facility is still under construction and may not be ready to host the game.

The league will not start selling tickets for the game until Sept. 4 and has the option of switching venues if the stadium is not ready.

“We will retain the option of playing the game at Wembley Stadium should circumstances relating to the the new Tottenham Stadium build make that necessary,” NFL UK said. “Any new stadium construction has an element of timing risk and our priority has alays been to ensure that this great matchup can be played in London on the scheduled date and time.”

This will mark the second game that the Raiders play in London. Seattle will make its first visit across the pond. The Raiders will be the “home” team for this game.

The other London games to be played at Wembley feature the Tennesee Titans taking on the Los Angeles Chargers on Oct. 21 and the defending Super Bowl champion Philadelphia Eagles against the Jacksonville Jaguars on Oct. 28.