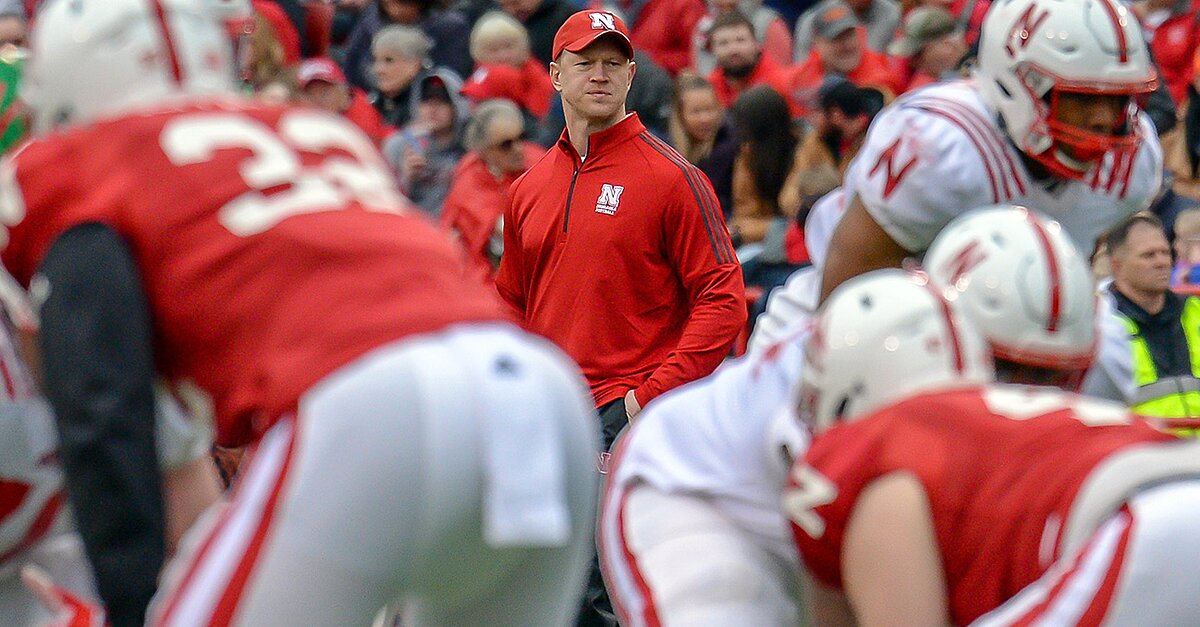 Three years ago, Scott Frost took over a wreck of a winless team at UCF. This year, he got the keys to a Nebraska program that had lost its way. In 2017, the Cornhuskers went 4–8 and dropped six of their last seven games, with those losses coming by an average of 26.2 points, but that doesn’t mean there was no talent in this program for Frost to work with. After spending a few days around the Huskers this spring, it seems like Frost’s first team should have a strong group of receivers.

Rising senior Stanley Morgan Jr. is one of the better wideouts in college football, finishing 2017 with 61 receptions for a school-record 986 receiving yards and 10 touchdowns. The Louisiana native’s toughness is exactly what the new staff is looking for. “He’s a real dude,” says offensive coordinator Troy Walters, who also coaches the receivers. “He’s one of the better receivers I’ve ever coached. He’s a competitor. When he steps on the field, it’s game on. He goes 100 miles per hour every play, puts the team first.”

Sophomore JD Spielman, the son of Vikings general manager Rick Spielman, is coming off a strong freshman season in which he produced 1,572 all-purpose yards, including a 99-yard kick return touchdown. The coaches are excited about how his ability to play in space should translate to their system.

Those two were more of the known commodities, but keep an eye on sophomore Tyjon Lindsey. The former five-star recruit from Vegas caught just 12 passes last year, but he has turned heads among his teammates and coaches.

“I’m loving him right now,” says Morgan of Lindsey. “He’s more mature. Last year it was more him finding himself. He has that quickness and that just opens it up for the outside guys. He’s gonna surprise some people.”

Frost says Lindsey is the kind of talent the new staff wants to recruit to Nebraska because he’s so dynamic in space. Walters told me last month the coaches felt like they really connected with Lindsey after he came in one day and had a heart-to-heart with his new position coach.

“We’ve gained his trust,” says Walters. “He spilled all his beans and told me his life story. I think that’s one of the things this staff has done. Guys know that we’re here for them. I know he fits exactly what we’re trying to do. He’s been great.”

Walters has been impressed by Lindsey’s football savvy in addition to his wheels. “He has a good feel, first of all, of it. He knows how to run routes. He’s explosive and has great hands. Our inside slots have to know coverage, know one-high [safety looks], two-high, find green grass. We give them a lot of freedom to get open in this offense.”

One other young wideout that has stepped up is Jaevon McQuitty, a redshirt freshman coming off a knee injury who Morgan singled out for his work ethic.

Other notes from Lincoln

• The Huskers had the Big Ten’s worst defense by far a year ago, allowing 6.34 yards per play, 112th in the country. As abysmal as they have been (they also ranked last in the league in sacks the previous year, with just 14 in 2016), there are a bunch of decent-looking defensive linemen on this roster. Fifth-year senior Mick Stoltenberg is a solid nose guard and a leader the new staff can count on. The Davis twins—Carlos and Khalil—are the twitchiest guys in the group and should help quite a bit in defensive coordinator Erik Chinander’s new scheme, which will be more aggressive than what Bob Diaco directed in 2017. DaiShon Neal is an imposing specimen who really seems to have bought into the new regime.

Two other young D-linemen that have the potential to be difference-makers down the road are sophomore Deontre Thomas, a shorter guy who can play the 4i technique (lined up on the inside eye of the offensive tackle) and has a great first two steps off the ball, and gigantic redshirt freshman Damion Daniels. “I love that kid,” Stoltenberg says of Daniels. “Love his enthusiasm. He’s 6’2″, 320, has quick feet, can move. The ceiling is very high for him.”

• For a guy who teammates say “hardly every talks,” linebacker Will Honas has wasted little time getting folks attention inside the program, including Frost, who has noticed him doing “some awesome things.” Honas, who transferred from Butler Community College, just keeps showing up around the ball, and those instincts should be a big lift for a defense in need of football savvy.

• Early enrollee quarterback Adrian Martinez turned heads in the Huskers’ spring game with his athleticism. The four-star from California had been committed to Tennessee but opened up his recruitment after the Volunteers fired head coach Butch Jones. Martinez doesn’t look or carry himself like your typical quarterback prospect fresh out of high school; he’s more like a 22-year-old. Of course, he has still never been through a college training camp or played in a real game, so we’d like to temper the expectations just a bit. He and redshirt freshman Tristan Gebbia continue to battle for the starting job, but the hunch here is that Martinez is going to be a big factor in Frost’s turnaround project.