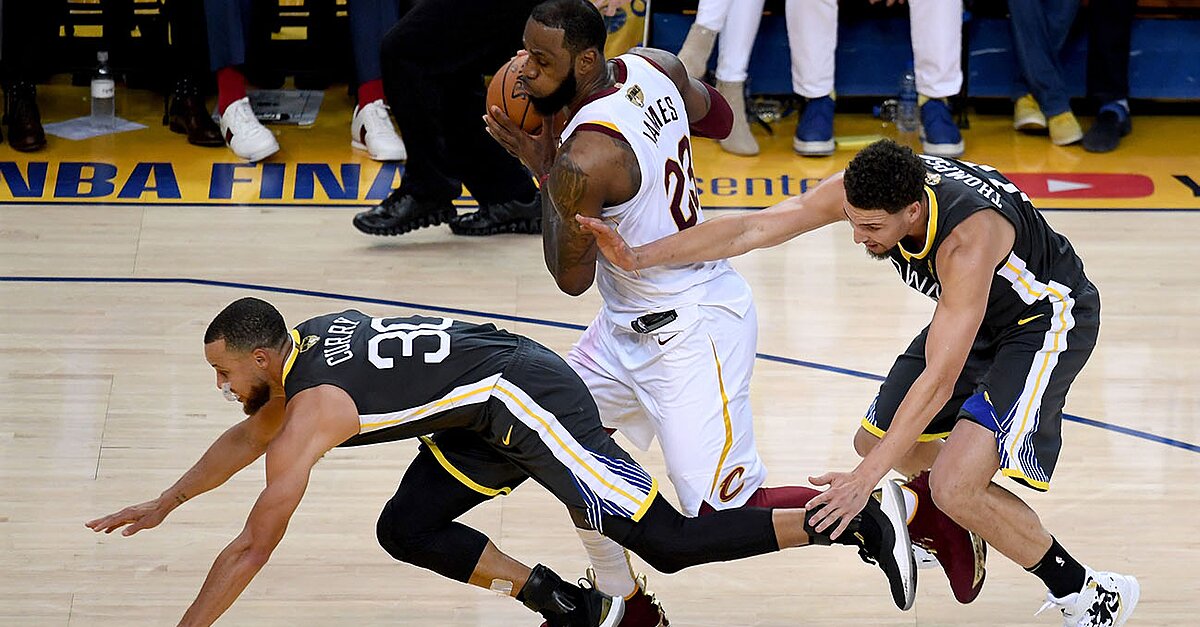 On Monday, the NBA officials acknowledged missing a foul on a LeBron James fast break in the third quarter.

On Monday, the official Twitter account of the NBA Officials said it missed a foul call against the Warriors late in the third quarter when a player undercut LeBron James while James was trying to catch a pass in the open court.

The play happened with about four minutes remaining in the quarter while Golden State held an 81-73 lead over the Cavaliers. James jumped to catch a pass near Cleveland’s three-point line as Stephen Curry and Klay Thompson surrounded him on either side. As James came down with the ball, Curry was in front of James and undercut him on his landing. This caused James to lose his balance and control of the ball before stumbling out of bounds for what was called a turnover on the court.

During the game, James, and fans watching at home all immediately reacted feeling that James was fouled considering how Curry tripped him from the front and because Thompson also made contact from behind that appeared to help knock James into Curry.

The officials say that Curry undercutting James warranted a foul, but the ref, “had a closed look at the point of contact,” which prevented him from making the call.

Cavaliers coach Tyronn Lue was given a technical foul for arguing over that play, and the Warriors outscored Cleveland by two to close the quarter and take a 90-80 lead into the fourth. From there, Golden State went on to win the game 122-103.

This comes after a controversial block call in Game 1, in which James initially drew a charge against Kevin Durant late in the fourth quarter with Cleveland up two. The officials decided to review the play to see if James was outside of the restricted area, but after the review, although James was clearly outside of the restricted area, the call was switched from a charge to a block because James had not established legal guarding position at the time of contact.

Game 3 of the series will be Wednesday at 9 p.m. ET in Cleveland. The Warriors hld a 2-0 lead.