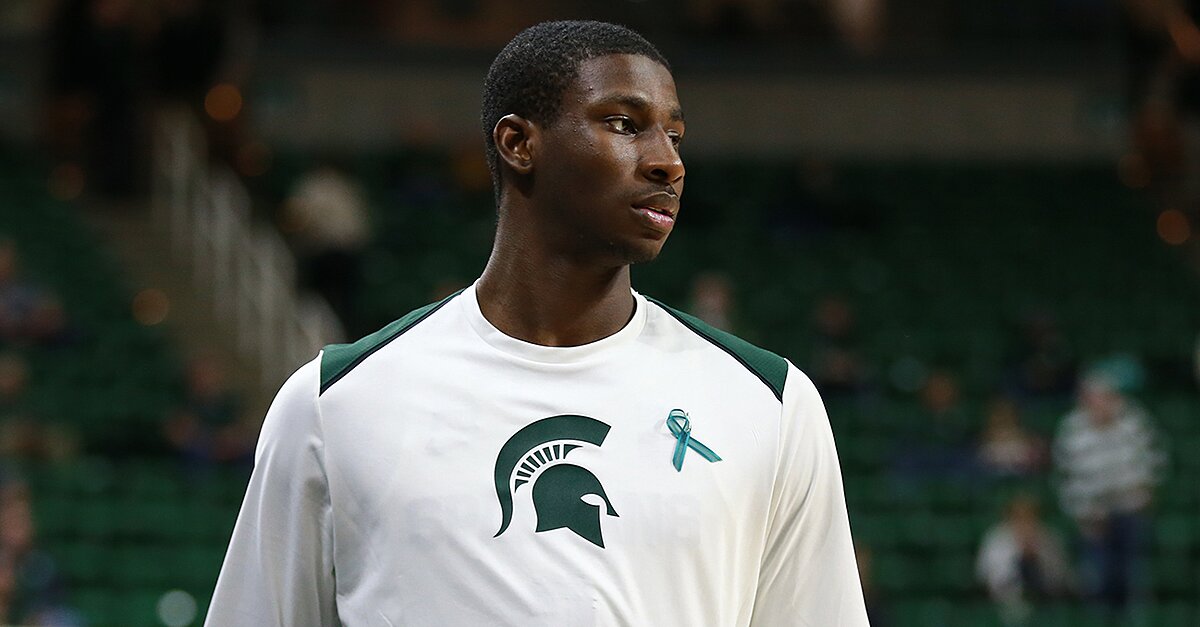 Here are some highlights of Michigan State’s Jaren Jackson, who is expected to be a top pick in the NBA draft.

Another big freshman isn’t expected to stay in the green room too long as Michigan State’s Jaren Jackson has risen up the draft board all season.

A strong defender, Jackson is a big on the thin side and could be pushed around by bigger opponents, but he is projected as a top prospect because of his enormous upside.

Scouting report from SI.com’s Jeremy Woo from his latest Big Board:

With a projectable frame, above-average mobility and a fast-developing skill set, Jackson put his considerable potential on display this season and played his way among the draft’s top prospects. His shot blocking numbers (5.5 per-40) were off the charts, and teams are intrigued by his ability to protect the rim and defend in space. He shot 39.6% from three (though his mechanics leave a bit to be desired) and has nice touch around the rim with either hand, continuing to develop perimeter skills at an impressive rate. Jackson is more lanky and agile than he is bouncy, but some of his issues keeping up with physical opponents in traffic should be mitigated as he gets stronger. He’s less NBA-ready than some of his peers, as illustrated by the inconsistency he faced this season, but Jackson’s overall outlook is sunny as he gets stronger and matures.

Projected NBA Mock Draft Position from April: No. 4 overall to the Atlanta Hawks

The draft will take place on Thursday, June 21 at the Barclays Center in Brooklyn, New York.​​