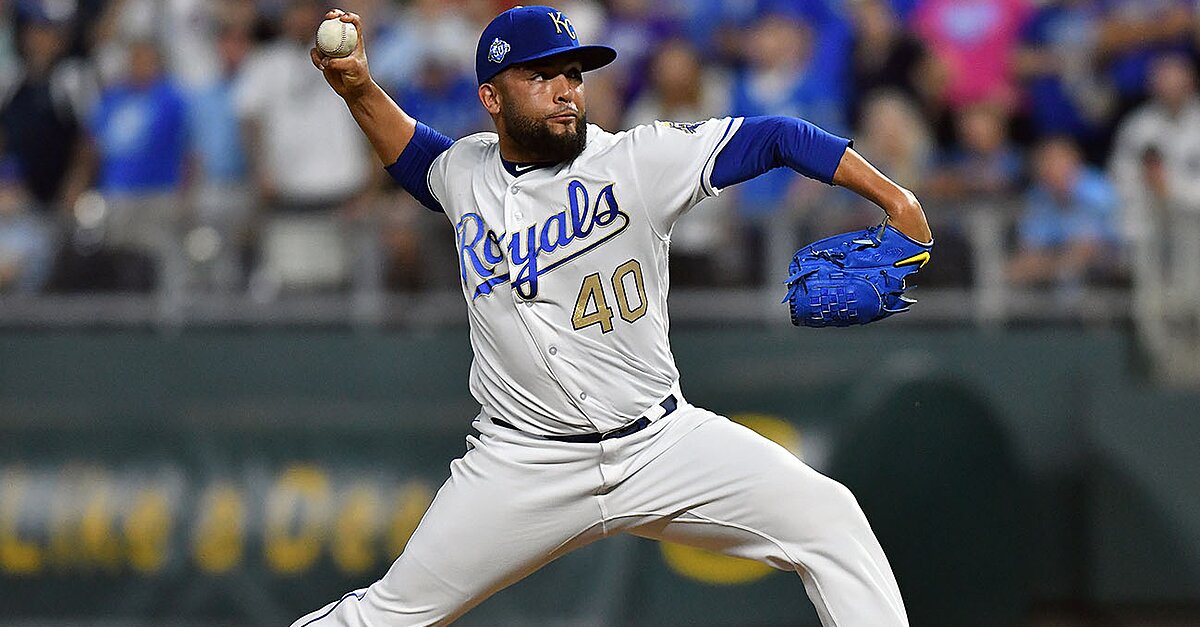 Kelvin Herrera was named an All-Star twice during his more than seven seasons in Kansas City.

The Nationals came into Monday at 38-31, three games behind the Atlanta Braves for first in the NL East and just a game ahead of the Phillies.

Jon Heyman of FanRag Sports first reported the deal and noted how Washington was able to make it happen without giving up outfielders Victor Robles and Juan Soto.