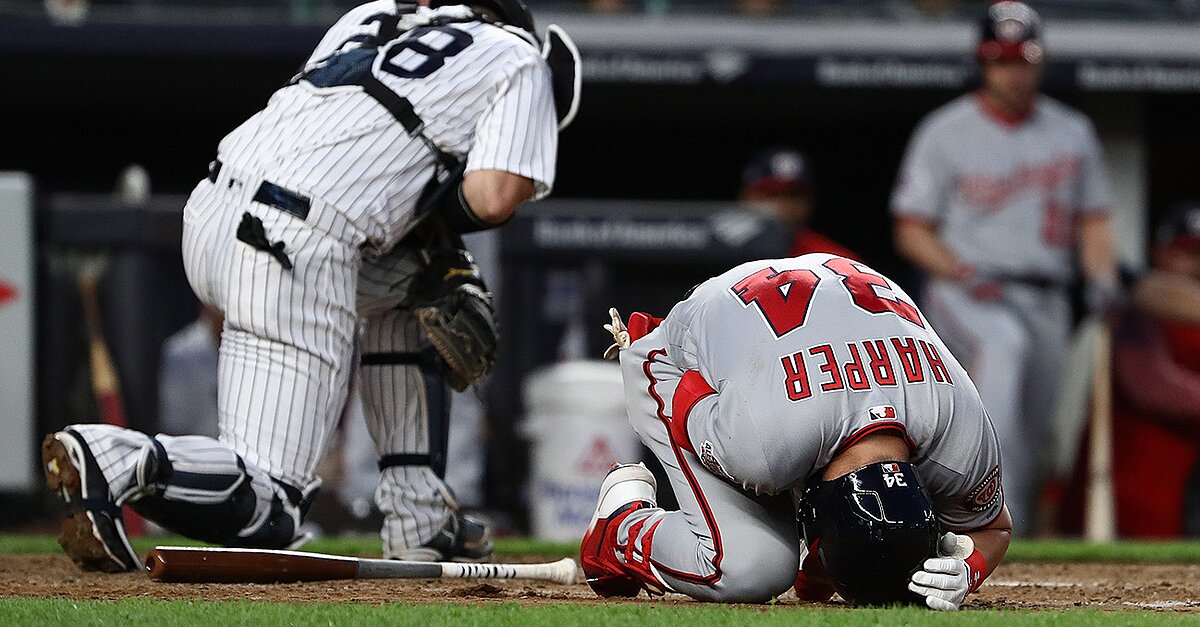 Bryce Harper exited in the eighth inning after he was hit by a pitch for the second time.

NEW YORK (AP) — Washington Nationals star Bryce Harper has left their game against the New York Yankees in the eighth inning after he was hit by a pitch for the second time.

Harper was hit on the right elbow by a 90 mph pitch from CC Sabathia in the fifth inning and fell to the ground. He was struck on his left foot by an 89 mph slider from Dellin Betances in the eighth.

Harper walked in his first two plate appearances Tuesday night. He is hitting .215 since May 1, dropping his average to .228.