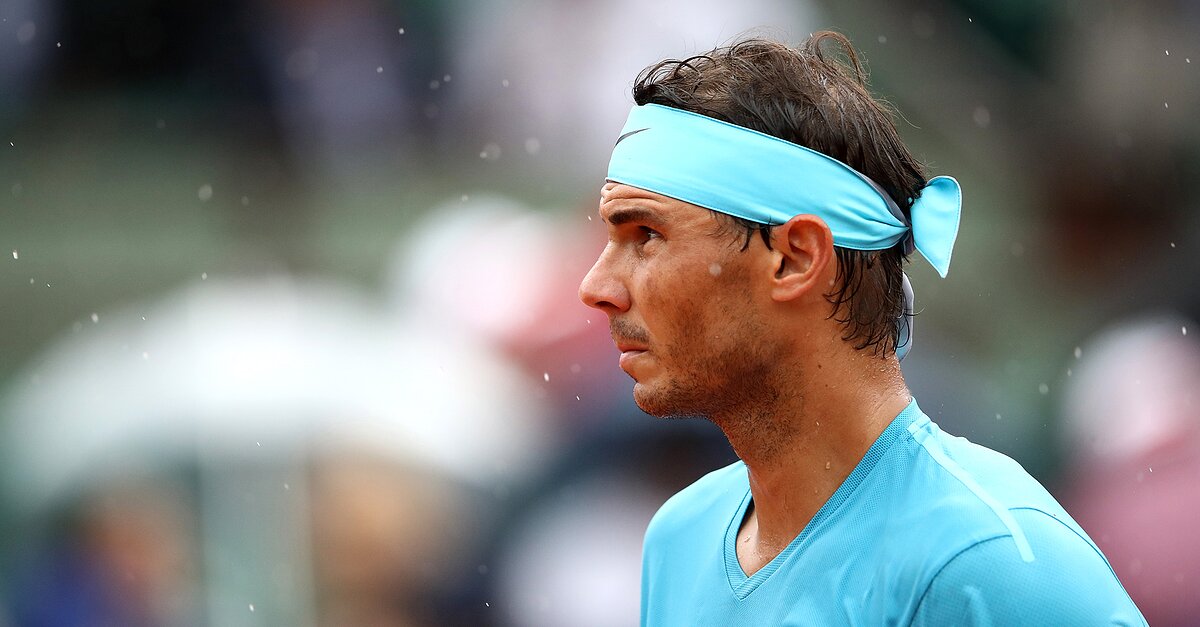 PARIS (AP) Just as Rafael Nadal was two points from pulling even at a set apiece in his surprisingly intriguing French Open quarterfinal Wednesday – just as he finally was playing like, well, Rafael Nadal – the match was suspended because of rain.

So both Nadal, the 10-time champion at Roland Garros, and 11th-seeded Diego Schwartzman, attempting to reach a Grand Slam semifinal for the first time, were given a night to rest before they are scheduled to resume Thursday at Court Philippe Chatrier.

When they return to the stadium, Nadal will be serving at 5-3, 30-15 in the second set. Schwartzman took the opener 6-4, ending Nadal’s streak of winning 37 consecutive completed sets at the clay-court major. During the ensuing changeover, the left-handed Nadal was treated by a trainer, who applied white tape to both of the No. 1-ranked Spaniard’s wrists.

In the other remaining quarterfinal, which will continue Thursday at Court Suzanne Lenglen, No. 3 Marin Cilic and No. 5 Juan Martin del Potro were at 5-all in a first-set tiebreaker when the play-ending shower came.

Both men’s matches already had been interrupted by rain once. For Nadal, that happened when he was down a break at 3-2 in the second set, and the delay of a little less than an hour seemed to help him begin to change course against Schwartzman, a 5-foot-7 (1.70-meter) Argentine who was putting nearly every shot right where he wanted to in the early stages.

Nadal was far from his usual impeccable self on red clay, too. He hit only four winners in the first set, none with his backhand, while Schwartzman produced 20 in that span.

Nadal was broken five of the first eight times he served.

This is a guy who entered the day 5-0 against Schwartzman, having won 12 of their sets. Looking at the bigger picture, Nadal hadn’t ceded a set in Paris since 2015, when he lost to Novak Djokovic in the quarterfinals.

The following year, Nadal won a pair of straight-set matches before withdrawing with an injured tendon in his left wrist. And last year, he earned the trophy without dropping a set.

The 37-set run was Nadal’s longest at the French Open, where the record of 41 was established by Bjorn Borg from 1978-81.

More important than that, of course, is the match’s ultimate outcome, and a significant moment came with Schwartzman serving while up 3-2 in the second after the initial delay.

Nadal hit a floater that was possibly headed wide, yet Schwartzman attempted a volley that missed. It gave Nadal a break point he converted when Schwartzman sailed a forehand long.

That was part of a 15-minute roll of three consecutive games for Nadal, a wave during which he collected 13 of 15 points to close in on that set. He was unable to finish the job before the weather made him wait.