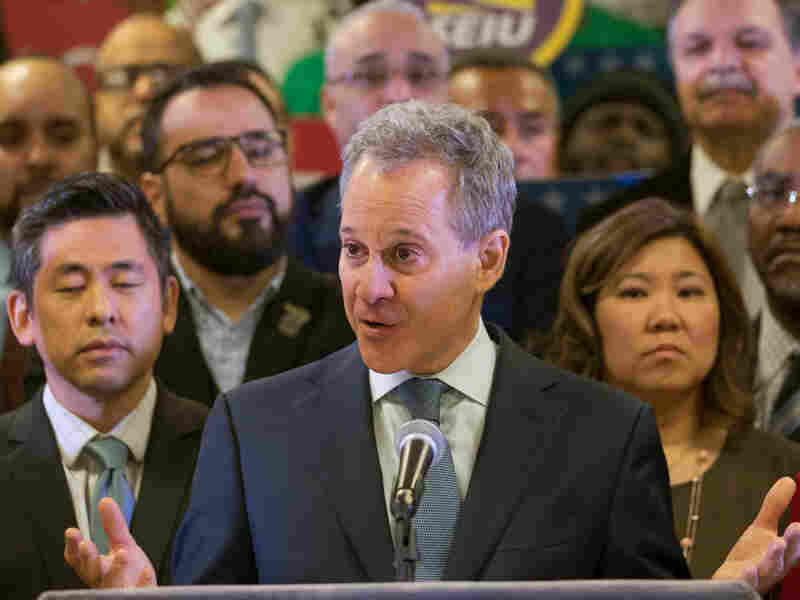 New York Attorney General Attorney General Eric Schneiderman speaks during a news conference in New York last month. He has resigned amid allegations that he physically abused four women with whom he was in relationships. Mary Altaffer/AP hide caption 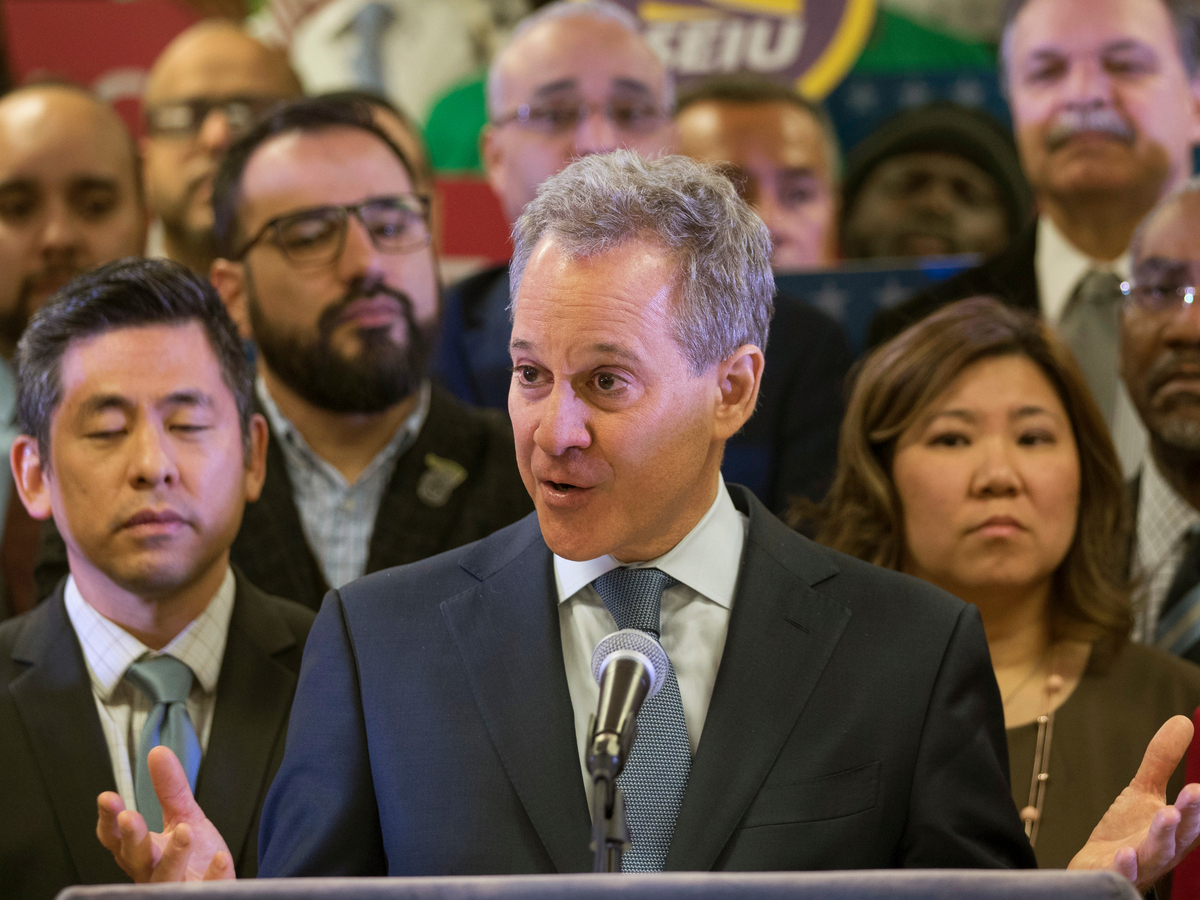 New York Attorney General Attorney General Eric Schneiderman speaks during a news conference in New York last month. He has resigned amid allegations that he physically abused four women with whom he was in relationships.

The New Yorker reported Monday that New York Attorney General Eric Schneiderman has been accused of physical abuse by four women “with whom he has had romantic relationships or encounters.” After the story was published, Schneiderman said the claims prevented him from effectively leading his office, and announced he will resign at the close of business Tuesday.

Two of the women, Michelle Manning Barish and Tanya Selvaratnam, are named in the story. The magazine says it has “vetted” the comments of a “third former romantic partner” who told Manning and Selvaratnam about similar incidents but didn’t want to talk to The New Yorker. The magazine talked to a fourth woman who accused Schneiderman but didn’t want to be identified in the article.

Schneiderman said in a statement before his resignation:

“In the privacy of intimate relationships, I have engaged in role-playing and other consensual sexual activity. I have not assaulted anyone. I have never engaged in non-consensual sex, which is I line I would not cross.”

His office also released a statement from his former wife, Jennifer Cunningham:

“I’ve known Eric for nearly 35 years as a husband, father and friend. These allegations are completely inconsistent with the man I know, who has always been someone of the highest character, outstanding values and a loving father. I find it impossible to believe these allegations are true.”

The story quotes the women as alleging that Schneiderman often slapped them hard enough to make their ears ring and, in one woman’s case, make her ear bleed. They also say he tore down their self-esteem with the attacks, as well as with verbal abuse.

Manning Barish alleges that the first physical assault came after she and Schneiderman had been dating for four weeks. She tells the magazine that he slapped her “with great force … out of nowhere” as they prepared to go to bed. She says he also choked her. When she fought back and managed to free herself, she says, he accused her of scratching him and said “hitting an officer of the law is a felony.”

Manning Barish left and returned to Schneiderman several times over the course of more than a year, according to what she told The New Yorker, although the violence continued.

She links the abuse to drinking, as does the other woman named in the story, Selvaratnam, who says she also stayed in a relationship with Schneiderman for more than a year. She says he threatened more than once to kill her if she left him, although she didn’t know whether to take the threats literally. She told the magazine, “He also told me he could have me followed and could tap my phone.”

The New Yorker says both women told other people about the attacks during the relationships, and those people have confirmed the details.