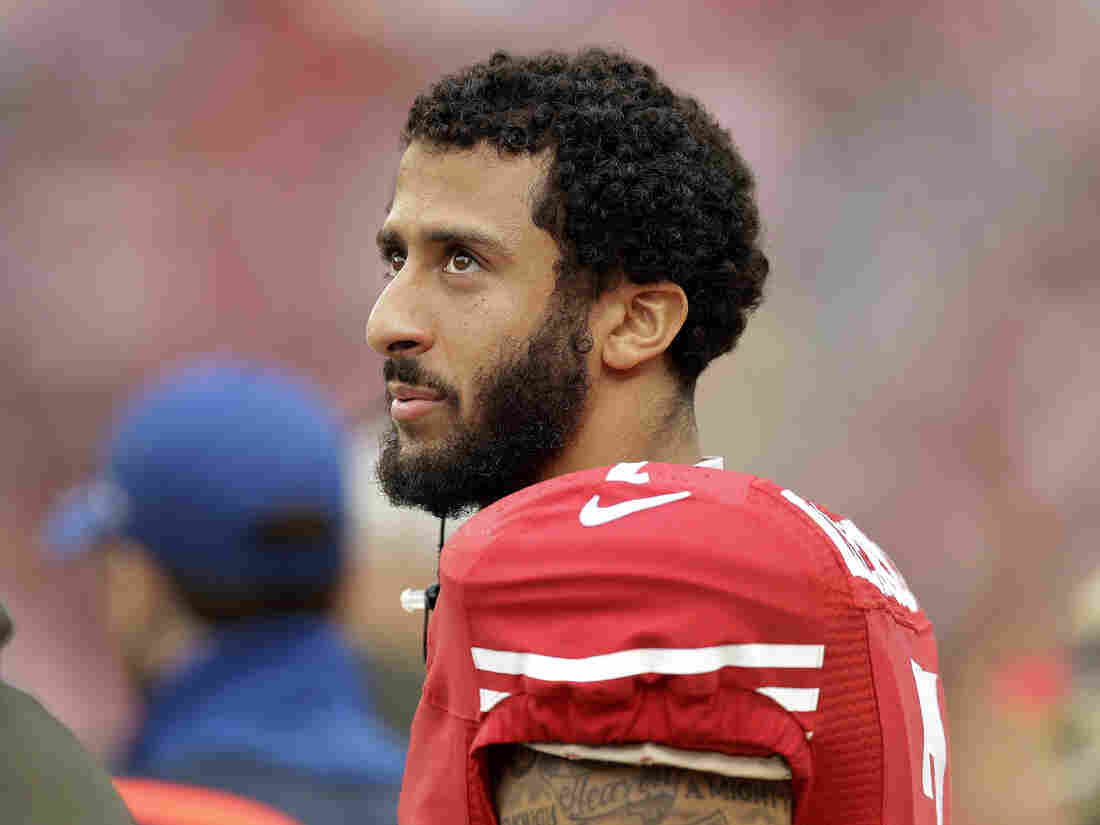 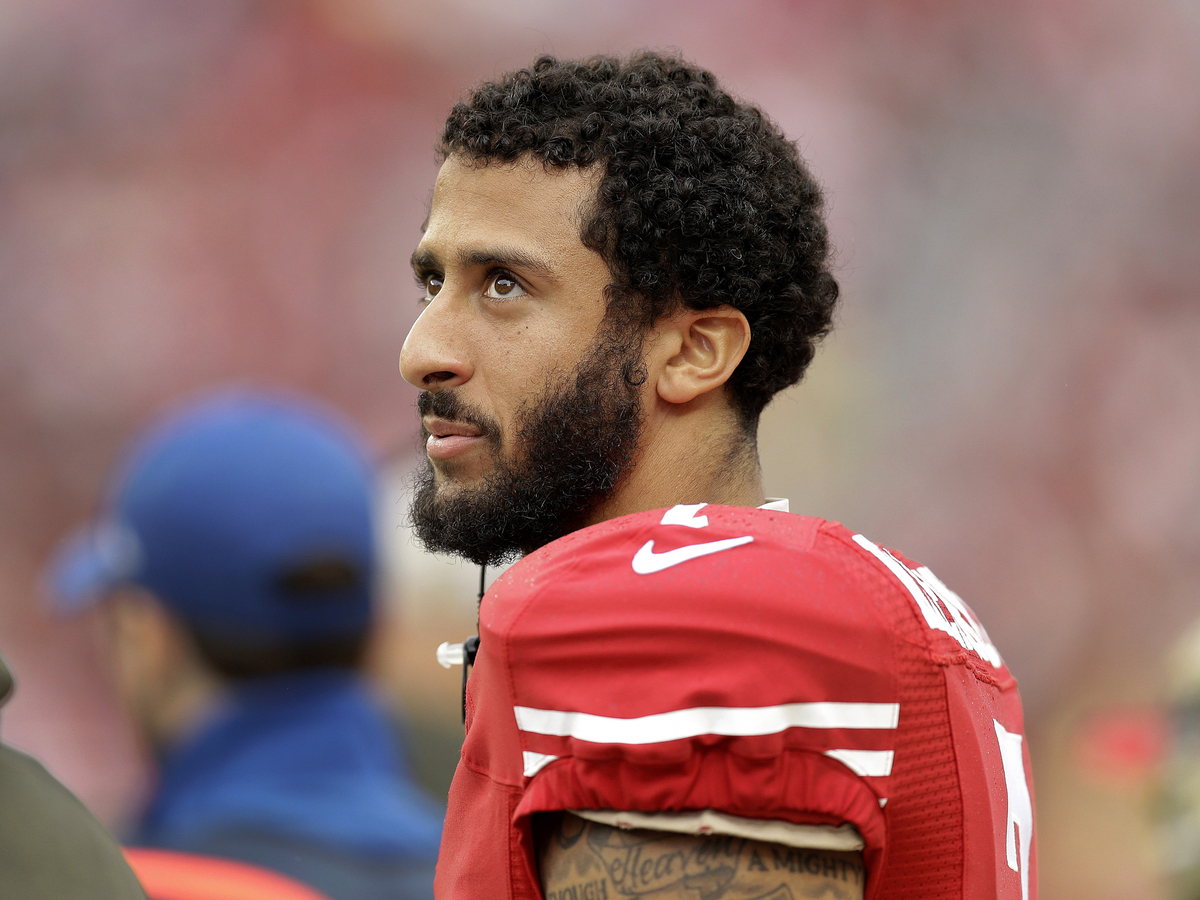 San Francisco 49ers quarterback Colin Kaepernick stands on the field during an NFL game against the Atlanta Falcons in Santa Clara, Calif.

Update: On May 23, 2018, the NFL unveiled a new policy stating that all of its athletes and staff “shall stand and show respect for the flag and the Anthem” if they’re on the field. The following essay was published in August 2016, shortly after quarterback Colin Kaepernick’s decision to kneel in protest during the national anthem.

Daddy would not have liked Colin Kaepernick. Had the San Francisco quarterback refused to stand for the national anthem in my father’s presence, Daddy would have fixed him in a stare that could freeze the blood in your veins. Then, to no one in particular — but to everyone within earshot — he’d give the young man a two-sentence lesson in patriotic etiquette.

“You stand during the national anthem,” he’d say, punctuating his words with fire. “People died for that flag.”

As a child coming of age in New Orleans in the 1960s, I found my father’s love of country utterly bewildering. His was the generation of men born free but shackled by bigotry. Yet every time he took my brothers and me to see the Saints play football at old Tulane Stadium, we all stood for the national anthem. We took off our caps, faced the flag and placed hands over hearts. 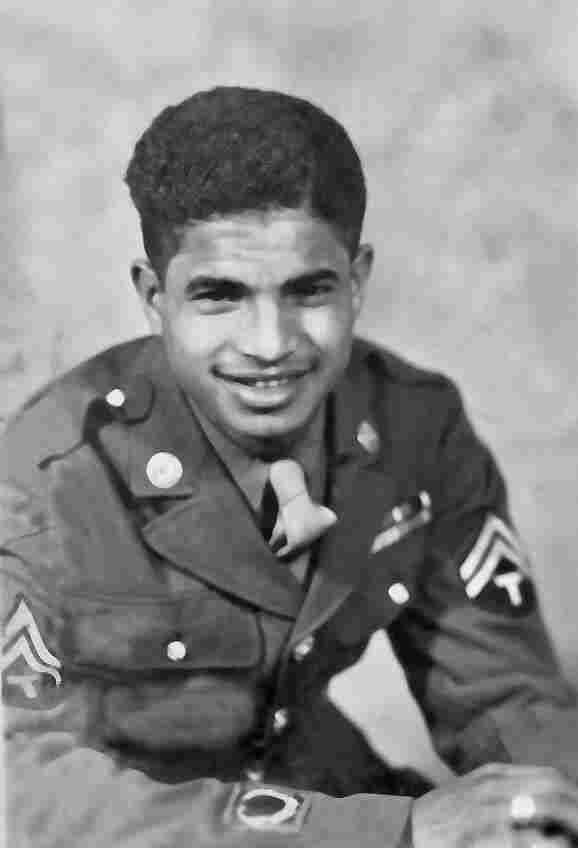 He sang with a pride I could not comprehend, in a gorgeous tenor’s voice that he didn’t mind showing off. In a city that once denied him the simple dignity of being called Mister Verdun P. Woods Sr. In a land that would have his black countrymen fight on the front lines but sit in the back of the bus. He sang so that other people would hear.

What so proudly we hailed …

My father was an insatiable learner with intelligence that his baby brother once told me bordered on genius. He and his uncles, brothers and nephews joined the military in the 1940s as young men. He went to Manila, Okinawa and Korea, trained as a medic, worked as a communications clerk, learned a bit of German and enough Japanese to make you believe he knew more. After he’d served his country for eight years, he took a job with the U.S. Postal Service, one of those limited career tracks that a racist America reserved for black men.

Daddy was not one for self-reflection. Feelings didn’t flow from him; they escaped. So when he talked to me about his military years, the anger would burst from him like steam from a busted radiator. Any mention of the white commanding officer in Korea who treated him like trash and took credit for his work, and Daddy’s hands would start shaking and he’d bite down on his tongue like a Maori warrior dancing a Haka.

We watched a documentary years after he retired about the architects of American democracy. I saw his eyes combust, and he shouted, to no one in particular, “Yes, and they built it on the backs of the black man!”

This man. This accountant, camera buff, would-be linguist, postal clerk, kite-maker, father of nine. This veteran. He would take us to the football game to see Peyton Manning’s father play, and he would face the flag and sing with a devotion that belied the truth I knew.

And the rocket’s red glare …

His singing was loud and embarrassing to me, a child who would rather have gone unnoticed. And it only got worse whenever some guy two seats down or three rows below us would rise but keep his hands at his side, or his hat on his head, as the Tulane University marching band struck the opening chords.

“You know,” Daddy would say, ostensibly to us but loud enough for the fan to hear, “you should take your HAT OFF when they play the national anthem.”

I can’t imagine that he would sympathize with Kaepernick, who’s struggling to reclaim lost magic on the field and courting infamy on the bench. I doubt Daddy would buy the quarterback’s refusal to “show pride in a flag for a country that oppresses black people and people of color.”

Love of country can’t be accurately measured by whether someone sits or stands or slouches or sings.


But for me, the words roused an old ambivalence. I’m a father of five. A grandfather of four. I live unrestrained by the immoral laws that constrained my elders. My dreams are brimming with hopes of unlimited tomorrows for my children, and theirs. And I’m fully aware that America teems still with the racial injustices against which my father railed and Colin Kaepernick now stands — or sits.

I can’t condemn him. I won’t. Love of country can’t be accurately measured by whether someone sits or stands or slouches or sings. It’s not that simple. If I could ask my father, I believe he’d say that he sang because he earned that right. I believe he sang to affirm a citizenship denied him through housing discrimination, police brutality, economic inequities and educational apartheid. Does that make him more or less like Kaepernick?

And what of me? When Daddy died on Halloween morning 2005, two months after Hurricane Katrina, he left me a strange inheritance: I’m incapable of going to a sporting event without noticing who leaves their hat on during the anthem and who doesn’t cover their heart. I still get anxious every time I see someone hold the American flag too low, even though I now know that, unlike what my father always said, you don’t have to burn the flag if it touches the ground. These things still mean something to me, but mostly because they meant everything to him.

At his burial, a military honor guard met my father’s flag-draped casket. Daddy would have geeked out. He would have made sure we noticed how, in a slow-motion ritual of glorious precision, the soldiers sharpened every crease and smoothed every fold, tucking in the last bit of the flag so that it formed a perfect triangle and showed no red. He would have savored the sad, tender spectacle of a lone soldier standing in the distance between crumbling New Orleans crypts, blowing taps into the autumn air.

I took it all in, and savored it on his behalf.

That is my relationship to the national anthem. It means what it does to me because it meant what it did to him. Yes, I stand even before the first strains of the song begin, but what rises in my chest is less my own expression of patriotism and more an artifact of the pride my father was forced to wrench from the stingy grip of his country. I have nothing to prove of my fealty to America, least of all by how I treat a song written by someone who believed black people are born inferior.

But I hold no grudge against Francis Scott Key. I’d be a tired, miserable man if I litigated every act of slaveholders in a place called Washington, D.C. The truth is, I like the song. I like the way its lyrics call for emotion deep inside me. I like the flush of blood that rushes through my brain with its crescendo.

Who am I to decide what it should mean to Colin Kaepernick?

Who could possibly know what it meant to the people Daddy chided in the old Tulane Stadium?

And what could you truly make of me just a week ago, when that beautiful music started and I rose to my feet at a Washington Nationals baseball game. If what you saw was an unmitigated display of patriotism, you were wrong. My relationship to my flawed homeland is too complicated for that.

All you would know for sure is that I stood. I faced the flag, hand over heart.

O say does that star-spangled banner yet wave
O’er the land of the free and the home of the brave?