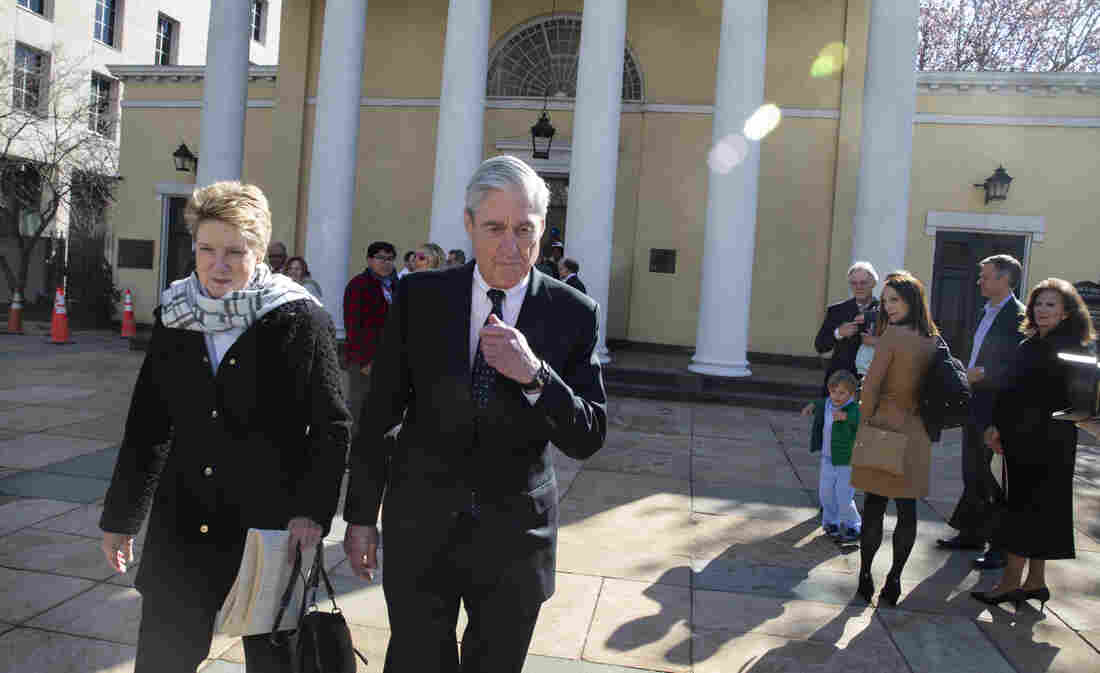 Special counsel Robert Mueller walks with his wife, Ann, in Washington, D.C., on Sunday. The Justice Department is expected to send a summary of his findings to Congress. Tasos Katopodis/Getty Images hide caption 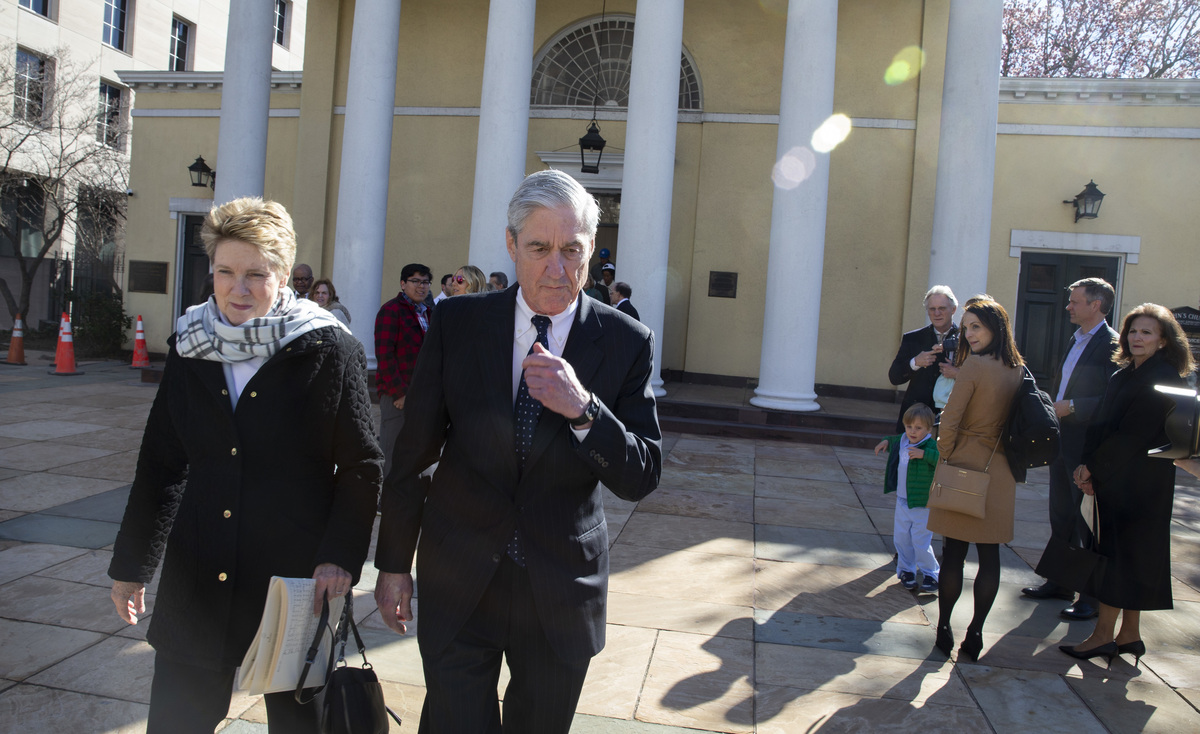 Special counsel Robert Mueller walks with his wife, Ann, in Washington, D.C., on Sunday. The Justice Department is expected to send a summary of his findings to Congress.

Special Counsel Robert Mueller did not find any evidence that President Trump’s campaign conspired with Russia to influence the 2016 election, according to a summary of findings submitted to Congress by Attorney General William Barr.

“The Special Counsel’s investigation did not find that the Trump campaign or anyone associated with it conspired or coordinated with Russian in its efforts to influence the 2016 U.S. presidential election,” Barr writes in his letter to leaders of the House and Senate Judiciary Committees delivered Sunday afternoon.

However, Mueller’s investigation did not take a position on whether Trump obstructed justice in the ongoing investigation, writing that “while this report does not conclude that the President committed a crime, it also does not exonerate him.”

President Trump and the White House had been waiting with the rest of the country. Deputy White House press secretary Hogan Gidley told reporters earlier in the day that neither he nor anyone else on staff had received the report or been briefed about it.

Shortly after the Barr’s summary was released, Senate Judiciary Committee Chairman Lindsey Graham, R-S.C., who played golf this afternoon in Florida with the president, said in a statement “Good day for the rule of law. Great day for President Trump and his team.”

“The cloud hanging over President Trump has been removed by this report,” Graham added. “Bad day for those hoping the Mueller investigation would take President Trump down.”

Georgia Rep. Doug Collins, the top Republican on the House Judiciary Committee, said Barr’s letter should “assure every American there was no collusion between Russia and Donald Trump or his campaign.”

“The special counsel’s investigation was long, thorough and conclusive: There was no collusion. There is no constitutional crisis,” Collins added. “As the report states, ‘the evidence does not establish that the President was involved in an underlying crime related to Russian election interference.'”

Mueller notified the leaders of the Justice Department on Friday that he had completed his work investigating whether Trump’s campaign had any connection to the Russian interference in the 2016 election, which began almost two years ago in May 2017.

For much of the weekend, Washington has been early anticipating the conclusions from Barr, who spent Saturday and Sunday in his office, along with Deputy Attorney General Rod Rosenstein. According to a senior Justice Department official, Barr’s chief of staff called White House lawyer Emmet Flood at 3 pm to give him a “readout” of the letter.

Mueller has not been at the Justice Department this weekend and he “was not consulted on this letter.”

The Barr letter makes clear the special counsel “did not obtain any sealed indictments that have yet to be made public.”

The Justice Department is not giving a timeline as to releasing additional material from the Mueller investigation, and will review the report and materials for grand jury information and information that could implicate ongoing investigations.

Trump spent the weekend at his Mar-a-Lago resort in Florida, along with his family and key advisers and staffers, including Flood and White House Counsel Pat Cipollone.

Supporters of the president welcomed the news on Friday from the Justice Department that Mueller hasn’t recommended any more criminal indictments. They say this shows the story is over and that, according to this line of thinking, Mueller didn’t uncover any conspiracy between Trump’s campaign and the Russians.

Calls have been nearly universal and bipartisan for Mueller’s original report to be released, and for the public or Congress to access its findings and its underlying source material.

Nadler, the House Judiciary chairman, told NBC on Sunday morning that he thinks the president shouldn’t attempt it.