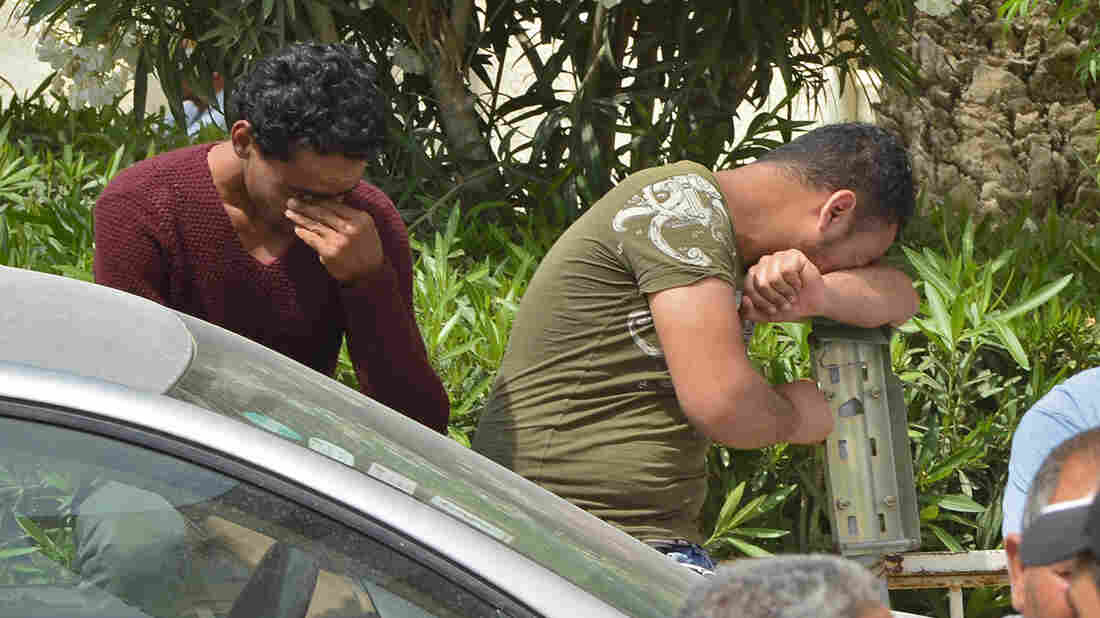 People wait for news of friends and relatives in the Tunisian town of Sfax on Monday after the deadly sinking of a migrant boat off the Tunisian coast over the weekend. SOFIENNE HAMDAOUI/AFP/Getty Images hide caption 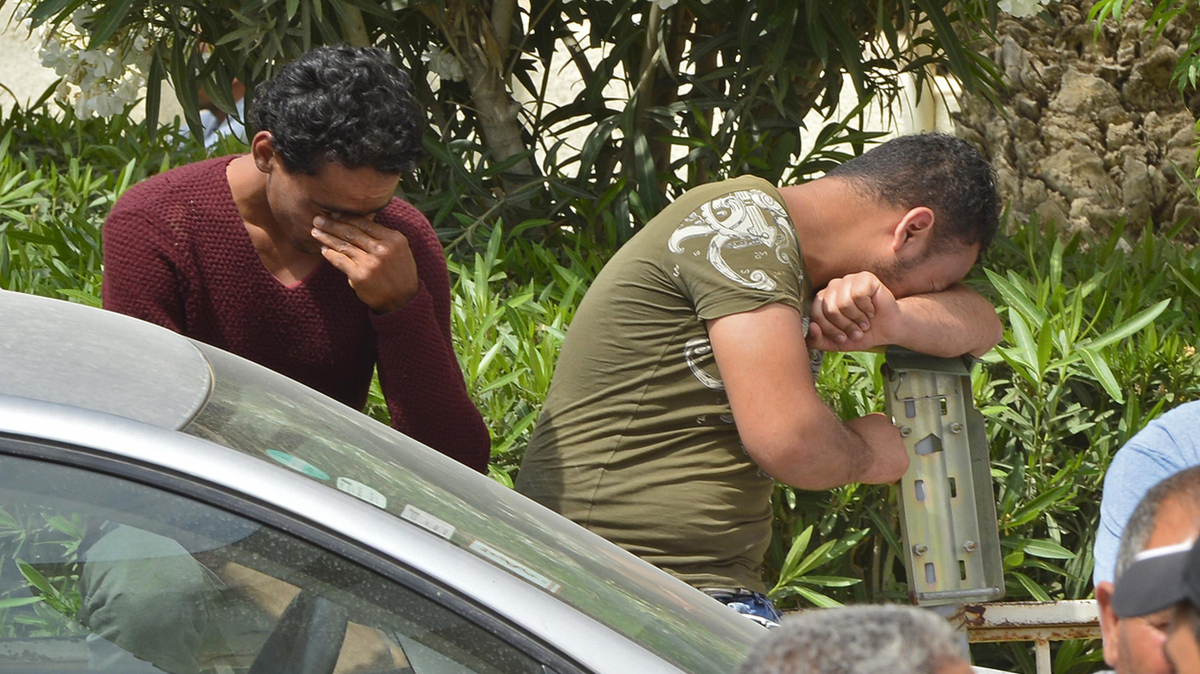 People wait for news of friends and relatives in the Tunisian town of Sfax on Monday after the deadly sinking of a migrant boat off the Tunisian coast over the weekend.

An overcrowded fishing boat, crammed with around 180 people, sank off the coast of Tunisia over the weekend, according to United Nations agencies. More than a hundred people, including children, are feared dead.

If confirmed, it would be the single deadliest capsizing in the Mediterranean so far this year, according to The Associated Press.

U.N. High Commissioner for Refugees Spokesman William Spindler tells NPR at least 52 people have died. The boat set off from Tunisia’s Kerkennah Islands late Saturday headed in the direction of the Italian coast. Two hours later, the boat broke down and began to capsize near the Tunisian city of Sfax, Spindler says, citing local officials.

After the boat sent a distress signal, local fisherman alerted the Tunisian Navy and the Coast Guard, which were able to rescue 68 people.

Spindler says bad weather forced the Coast Guard to temporarily call off their search over the weekend for the approximate 60 others lost at sea, and two smugglers have been arrested in connection with the incident.

The International Organization for Migration says most of victims were Tunisian, and estimate a higher death toll at 60 people. The survivors also include people from Morocco, the Ivory Coast and Cameroon.

But on Tuesday, IOM said crews were still conducting search and rescue operations with the help of military aircraft and divers, “in the hope of rescuing survivors and recovering the bodies of the victims.”

The migrants had reportedly paid up to $1,166 for the journey.

The incident is part of a pattern of people fleeing conflict, persecution and poverty, with many headed to Europe in search of a better life.

So far this year, more than 38,000 migrants have reached Europe, according to the IOM.

But the route can be treacherous and many do not survive the journey. The IOM says this year, more than 750 people wound up dead or missing as they attempted to cross the Mediterranean.

And the toll may soon get worse.

“In the next few months this figure is likely to increase significantly,” Spindler said, “as warmer weather means more people will be attempting the perilous journey.”