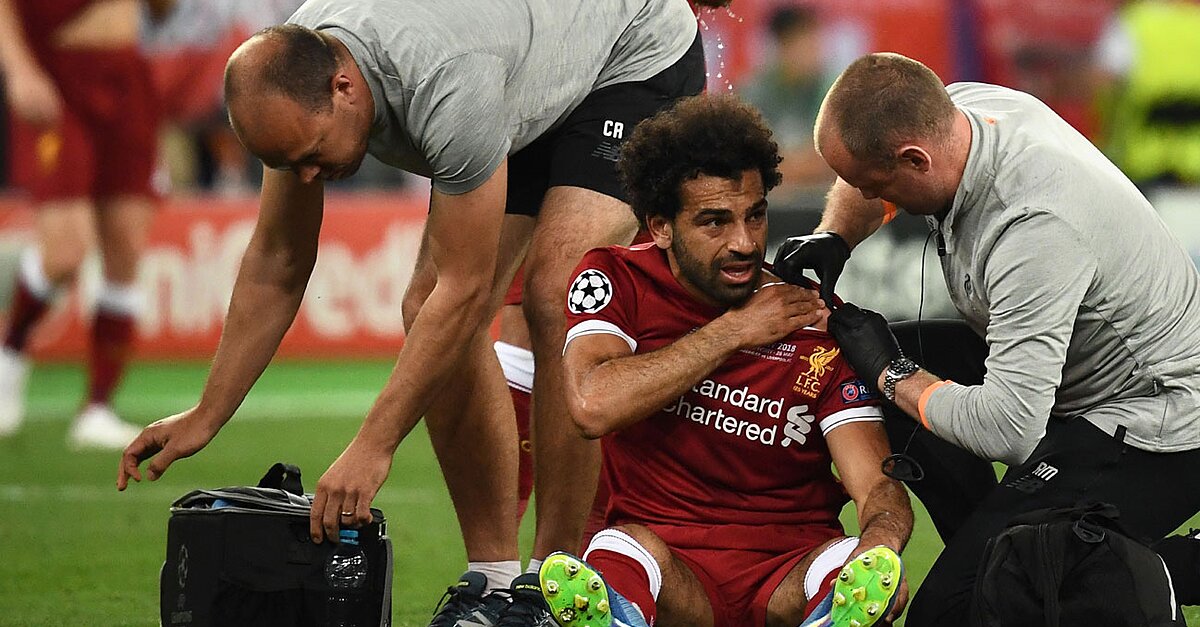 The injury happened in the 25th minute when Salah was tangled in a play with Sergio Ramos.

Liverpool superstar Mohamed Salah was forced out of the Champions League final with an injury suffered in the first half against Real Madrid on Saturday.

The injury happened in the 25th minute when Salah was tangled with Sergio Ramos and took a nasty landing. Ramos fell on Salah as both went to ground, and the Liverpool sensation grabbed his shoulder immediately.

Medical staff came on to help him, but Salah chose to stay on the field and play it out. After a few minutes, he was back on the ground in tears, clearly unable to continue.

He was crying as he walked off the field and headed to the locker room, and all eyes will be on the severity of the injury and what it means for his place with Egypt at this summer’s World Cup. Salah is Egypt’s centerpiece and led the Pharaohs to their first World Cup since 1990, scoring the goal that clinched their place. His ascension this season has been the story of world soccer.

Adam Lallana came on as the replacement for Salah.