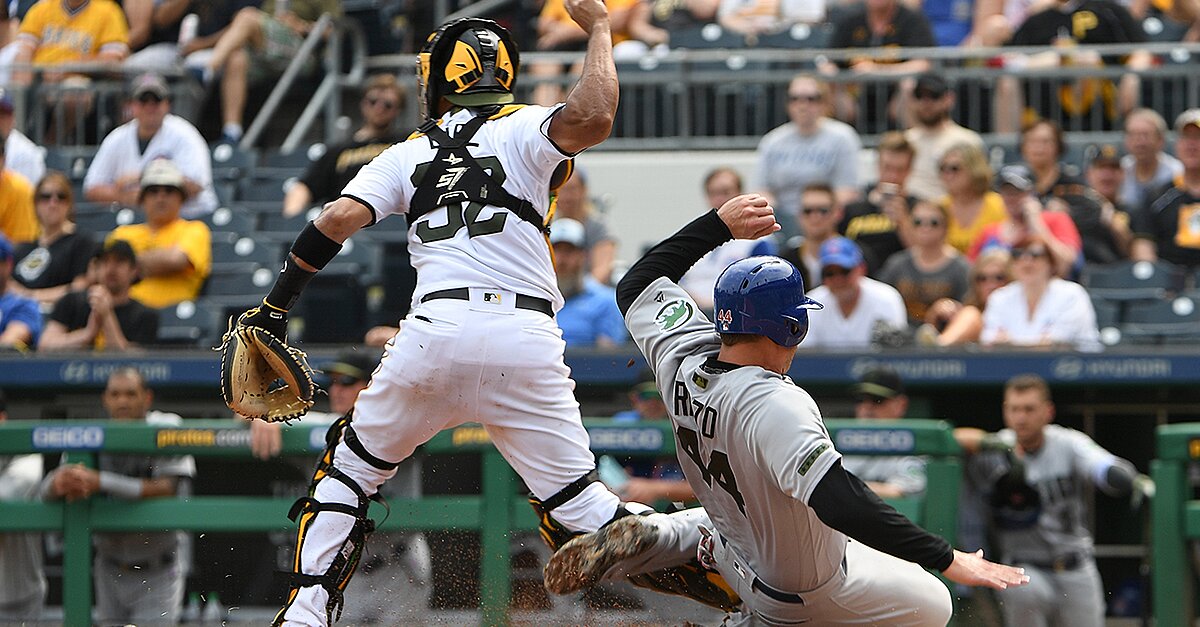 Umpires reviewed the play after it happened but it was upheld, and Pittsburgh manager Clint Hurdle was ejected from the game.

Major League Baseball has informed the Cubs and Pirates on Tuesday that Chicago first baseman Anthony Rizzo’s controversial slide into Pittsburgh catcher Elias Diaz on Monday should have been ruled interference on Rizzo.

MLB.com reported there was a violation of the slide rule.

Umpires reviewed the play but it was upheld, and Pittsburgh manager Clint Hurdle was ejected from the game.

With Chicago up 3-0 in the eighth innning and the bases loaded, Chris Gimenez grounded a ball to shortstop Sean Rodriguez, who then threw home to get the force play on Rizzo. While sliding home, Rizzo reached out his leg and clipped Diaz while the catcher was throwing to first.

The throw sailed into right field, two runs scored and Diaz was on the ground for a little after the play.

According to MLB Rule 6.01(j), a bona fide slide “occurs when the runner … slides within reach of the base without changing his pathway for the purpose of initiating contact with a fielder.”