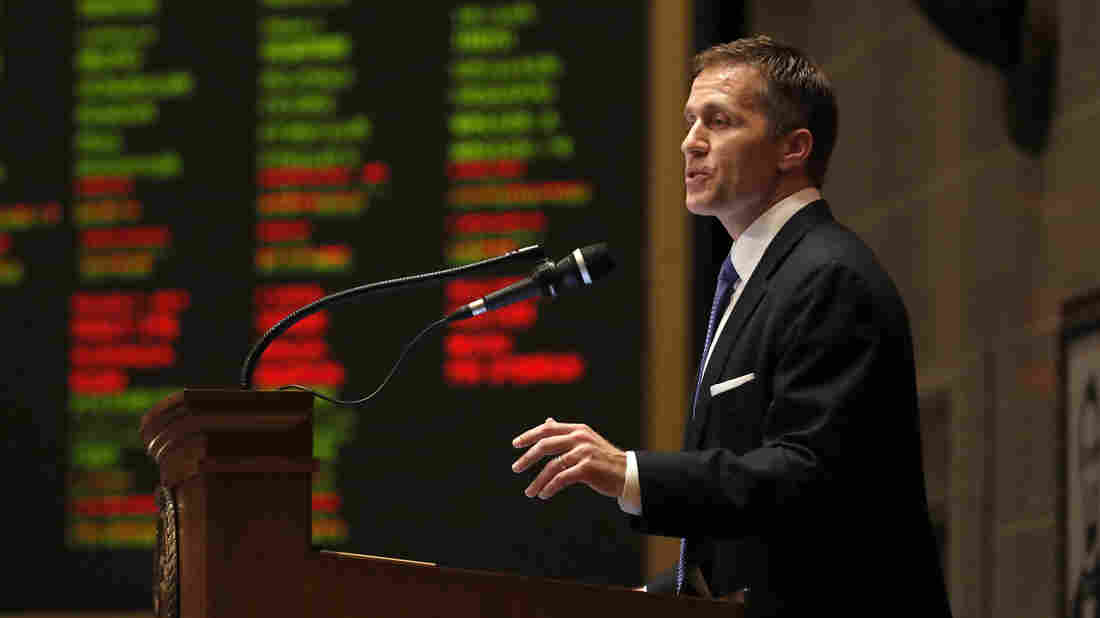 Missouri Gov. Eric Greitens delivers the annual State of the State address in January. Missouri lawmakers have called on him to resign, though he calls the case against him a “witch hunt.” Jeff Roberson/AP hide caption 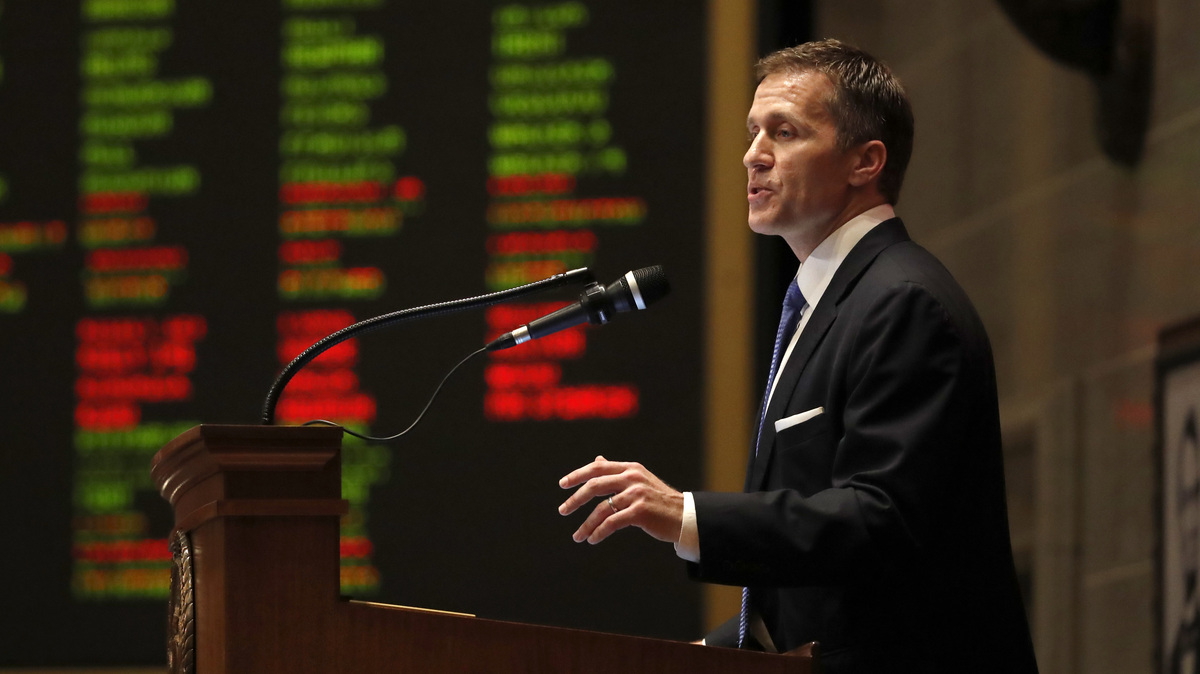 Missouri Gov. Eric Greitens delivers the annual State of the State address in January. Missouri lawmakers have called on him to resign, though he calls the case against him a “witch hunt.”

“This was not a decision made lightly, and certainly not without great deliberation and effort,” House Speaker Todd Richardson, R-Poplar Bluff, told reporters Thursday.

Richardson said 138 members of the House and 29 senators had signed a petition to call the special session — more than the three-quarters of each chamber that is required to convene the session.

Missouri currently has 161 House members and 33 senators — a solid majority of them Republican. Republicans hold 114 of the House seats and 24 in the Senate.

The special session is scheduled to begin the evening of May 18, which is the last day of the legislature’s regular session, and will last for 30 days.

Eighty-two votes of House members are required to impeach Greitens. If that happens, the matter would then go to the Senate, which would elect seven “eminent jurists” to try the governor. At least five of those seven must agree for him to be removed from office.

The Republican Gov. Greitens was charged in April with felony computer data tampering. Prosecutors allege that Greitens illegally used a fundraising list from his military veterans charity The Mission Continues to raise money for his 2016 campaign for governor.

And in February, he was indicted on “one count of felony invasion of privacy for allegedly taking a semi-nude photo of a woman with whom he was having an extramarital affair, in which she is bound,” NPR’s The Two-Way reported last month. “She claims he took the picture without her consent, then threatened to blackmail her by saying he would publish it if she revealed their relationship.”

Earlier in April, the Missouri House’s Special Investigative Committee on Oversight released a report featuring testimony from the woman with whom he had the affair in 2015, who alleged that Greitens sexually and physically abused her.

Greitens has admitted to having an extramarital affair, which happened before he was governor, but denies being abusive.

He’s called the case against him “a political witch hunt” and has refused calls from Missouri lawmakers of both parties to resign. Greitens wrote on Twitter last month that “the facts will prove my innocence.”

Richardson, a fellow Republican, said Thursday that he “had hoped from the beginning of this process that the committee would find no wrongdoing, so that we could bring this investigation to a close and put all of our attention on the issues that matter most to Missouri families.

Greitens begins a criminal trial on May 14 in St. Louis related to the invasion of privacy charge.