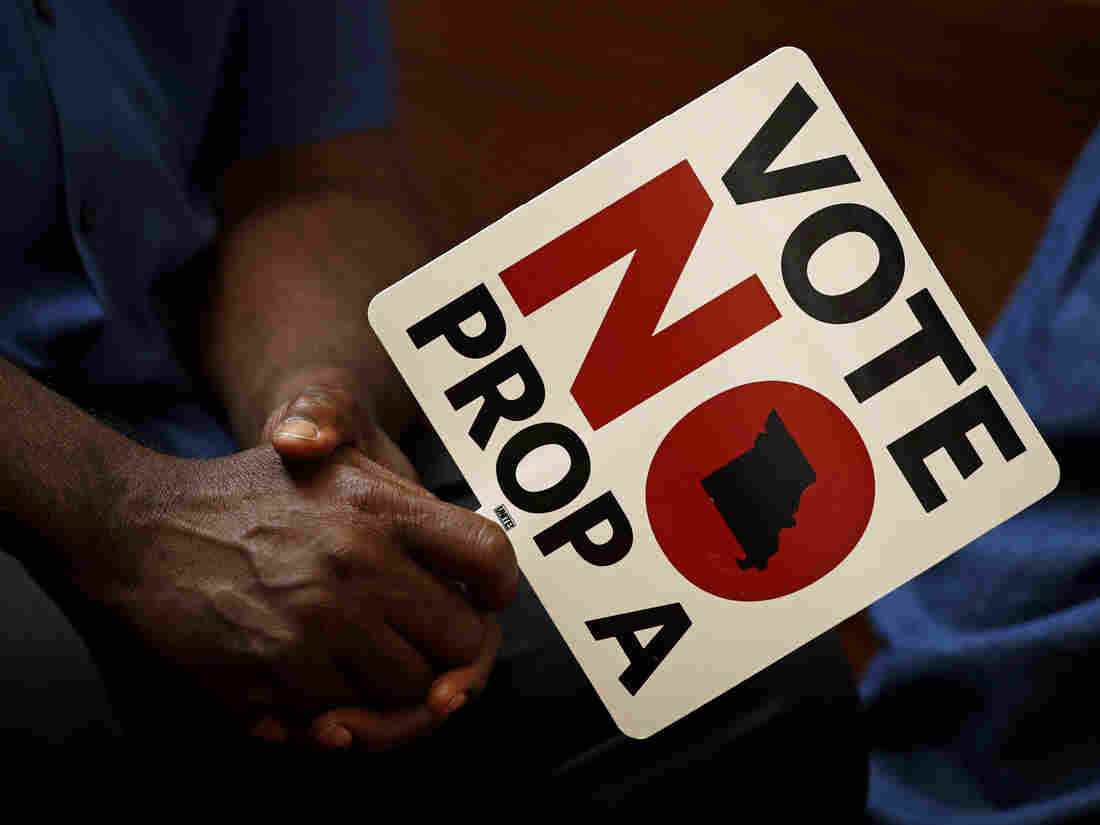 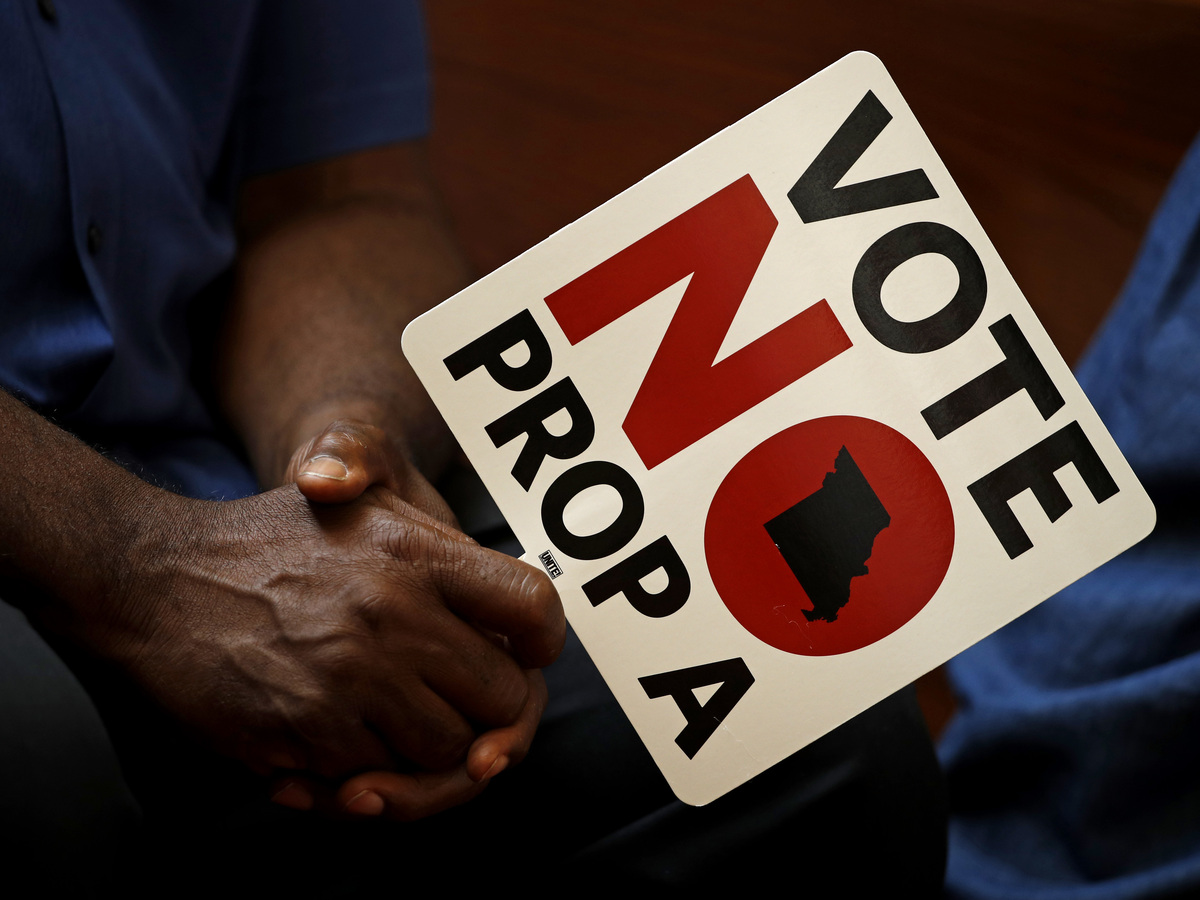 People opposing Proposition A listen to a speaker during a rally in Kansas City, Mo., last month.

Voters in Missouri have overwhelmingly rejected a right-to-work law passed by the state’s Republican-controlled legislature that would have banned compulsory union fees — a resounding victory for organized labor that spent millions of dollars to defeat the measure.

With about 98 percent of the precincts reporting, the “no” vote on Missouri’s Proposition A, which supported the law, was running about 67 percent, with nearly 33 percent voting “yes.”

In 2017, the right-to-work law passed Missouri’s Republican legislature and was signed by then-Gov. Eric Greitens. However, union organizers gathered enough signatures to keep it from going into effect pending the results of a statewide referendum. The rejection of Proposition A effectively kills the law.

“It’s a truly historic moment,” said Mike Louis, president of the Missouri AFL-CIO. “Tonight we celebrate, but tomorrow we’re getting back to work. We’re going to take this energy and momentum and build more power for working people across Missouri.”

Currently 27 states and Guam have laws allowing employees in unionized workplaces to opt out of union membership and union fees.

As The Associated Press notes, “At issue are so-called fair-share fees, which are less than full dues but are intended to cover unions’ nonpolitical costs such as collective bargaining. Unions say it’s fair for people to pay the fees, because federal law requires them to represent even those employees who don’t join. But supporters of right-to-work laws counter that people should have the right to accept a job without being required to pay a union.”

“Voters in rural and urban areas all showed strong support for scrapping the law. In St. Louis City, with 100 percent of precincts reporting, 88 percent of voters landed on the ‘no’ side.

Labor-friendly parts of southeast Missouri also showed strong opposition to the law, with more than three-fourths of voters in Iron, Reynolds, St. Francois and Ste. Genevieve counties voting to shoot down right to work.”

Missouri went heavily for Donald Trump in the 2016 presidential election and the rejection of right to work — a core Republican aim — could have wider political implications.

According to the AP, “Unions powered an opposition effort that had spent more than $15 million as of late July, well over three times as much as various groups that support right-to-work. Advertisements generally have focused on economics, with supporters claiming right-to-work would lead to more jobs and opponents claiming it would drive down wages.”