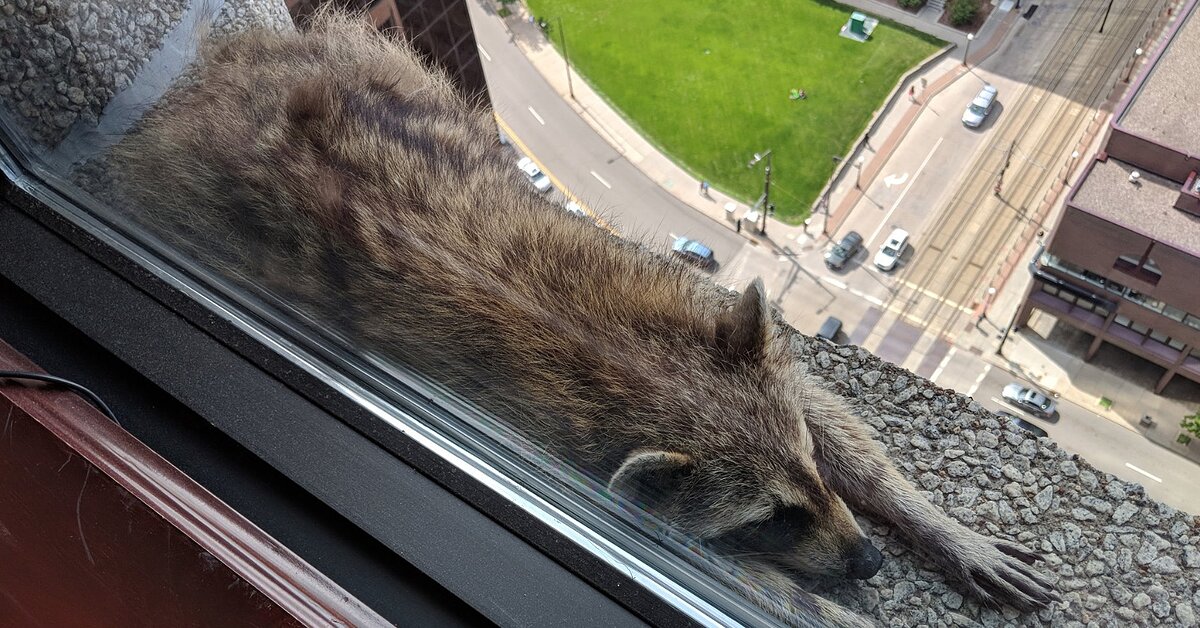 Minor league baseball teams are known for having crazy promotional nights, but one St. Paul, Minn. team is dedicating a night to the viral #MPRRaccoon, the team announced.

On June 26, the St. Paul Saints will play as the St. Paul Raccoons after a raccoon captured the city’s attention at the start of this week.

A raccoon was reported to be stranded on the ledge of a building in downtown St. Paul on Monday. She eventually rescued herself on Tuesday only to begin scaling the downtown UBS Tower, which is more than 20 stories tall. The raccoon’s whereabouts went viral after Minnesota Public Radio’s Tim Nelson began live tweeting the raccoon’s activity.

The raccoon eventually climbed to the building’s roof, where animal control captured it safely and fed it cat food before taking the it away Tuesday night.

The #MPRRaccoon was released at an undisclosed location on private property by wildlife management services on Wednesday.

In honor of the #MPRRaccoon, who will not be at the game, the Saints will also “give” her a key to the stadium, CHS Field. The team cited the raccoon’s love for “three-lettered buildings” as their reason to give her a key and an open invitation to roam around the stadium whenever she wants.

Other promotions during the night include raccoon masks for the first 1,500 fans, and one lucky fan can win a free bag of cat food. The St. Paul Raccoons jerseys will be auctioned off with proceeds being donated to the Minnesota Wildlife Services.