The officers arrested Brown, who is black, after challenging him over a parking violation. Brown was not charged with a crime.

Shortly after the Jan. 26 arrest, a “law enforcement source” told radio station News/TAlk 1130 WISN that Brown had been “combative.” 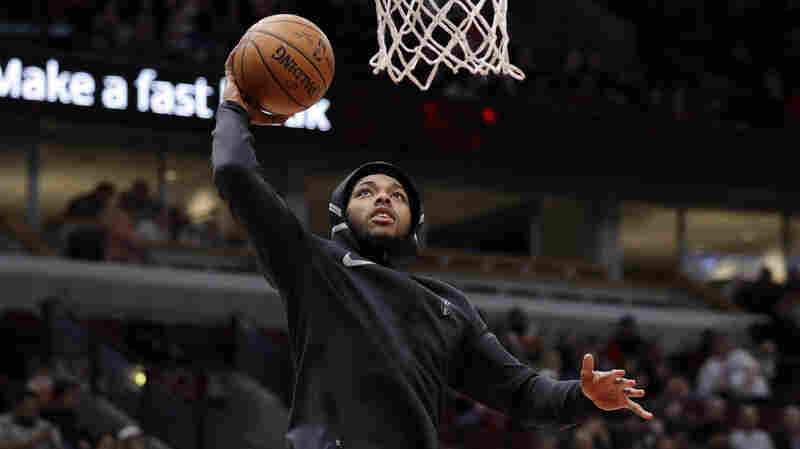 Milwaukee Bucks guard Sterling Brown warms up before an NBA basketball game against the Chicago Bulls on Jan. 28 in Chicago. A few days before that game, he was tased and arrested by Milwaukee police after they approached him over a parking violation. Nam Y. Huh/AP hide caption 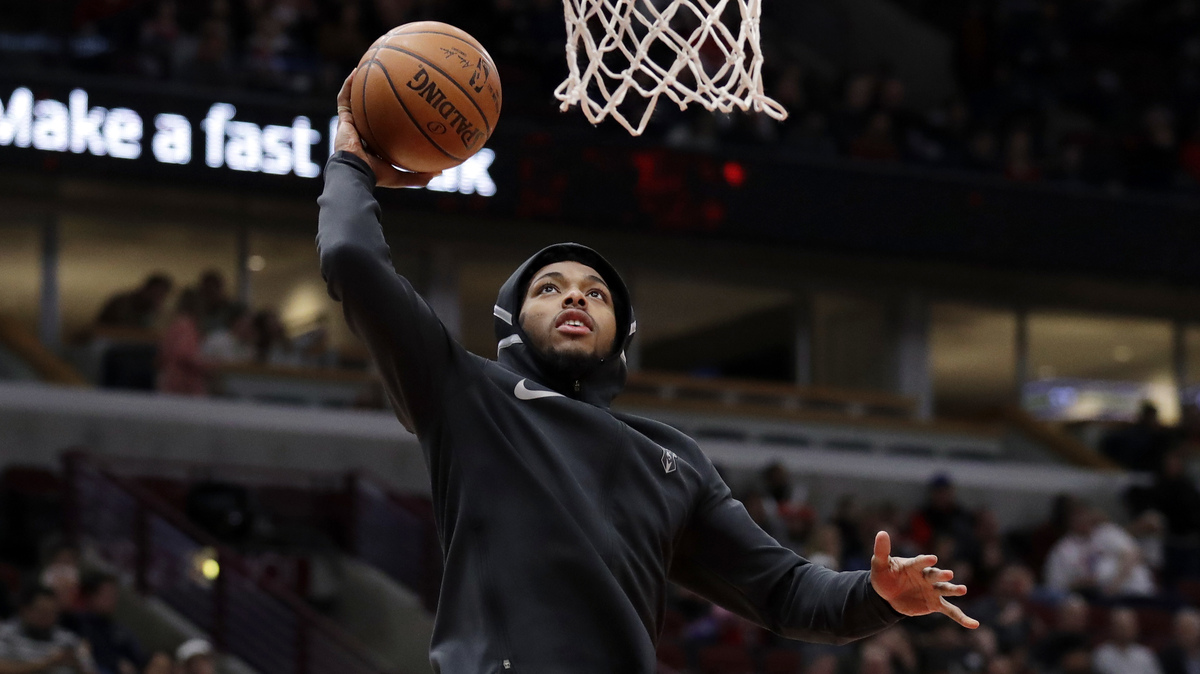 Milwaukee Bucks guard Sterling Brown warms up before an NBA basketball game against the Chicago Bulls on Jan. 28 in Chicago. A few days before that game, he was tased and arrested by Milwaukee police after they approached him over a parking violation.

But in a statement on Wednesday, Milwaukee Police Chief Alfonso Morales said the department had “conducted an investigation into the incident which revealed members acted inappropriately and those members were recently disciplined.”

“I am sorry this incident escalated to this level,” Morales said.

Brown’s response to the video was posted on local TV station WTMJ:

“The common denominator in all of these situations has been racism towards the minority community, the abuse of power, and the lack of accountability for officers involved. The lack of repercussions for the police officers involved in so many of these cases is offensive. This is a slap in the face to the victims’ families and communities.”

And the Bucks released a statement calling for more accountability:

“Incidents like this remind us of the injustices that persist.  As an organization, we will support Sterling and build on our work with local leaders and organizations to foster safe neighborhoods and better our community.”

Mayan Silver of member station WUWM reports that Brown plans to file a lawsuit against the city.

High-profile incidents of police violence against unarmed black Americans have repeatedly prompted mourning, protests and attempts at reform. Meanwhile the underlying pattern continues: Black people, particularly young black men, are significantly more likely to be shot or killed by police than white people, a difference that cannot be explained by crime rates or threat levels.

That’s a national phenomenon. But as NPR’s Code Switch team has reported, “there is no state where that disparity is larger than in Wisconsin.”

Wisconsin “incarcerates a higher percentage of its black male population than any other in the country — and it’s not even particularly close,” NPR’s Gene Demby writes.

Wisconsin, and Milwaukee in particular, is one of the worst places in the country for African-Americans to live, as measured by a number of factors, including education gaps, incarceration and segregation.

Police in Milwaukee are being sued for what the ACLU calls a pattern of baseless, unconstitutional police stops that targeted black and Latino men — more than 350,00o stops in total, the organization alleges.

And the police department has previously been challenged over its practice of investigating fatal police shootings within the officer’s own department, a practice that was changed several years ago.

In short, the police department in Milwaukee was already under community scrutiny for its treatment of black residents, long before officers approached Sterling Brown in that Walgreen’s parking lot.

Before the video was released on Wednesday, local officials were bracing for a backlash.

On Monday, before the video was released, Mayor Tom Barrett told reporters he had seen it and had concerns.

“I have the same concerns that I have heard the chief mention about the actions of some of the people involved in that,” he told reporters. “I’m going to let the release of that speak for itself, but yes, I definitely have concerns after watching that video.”

“The 76ers selected Brown with the 46th pick in the 2017 NBA Draft then traded him to the Bucks for cash considerations. The 22-year-old guard averaged four points and 2.5 rebounds in 14 minutes per game off the bench and posted a season-high 15 points on 50 percent shooting against the Rockets on March 7.”