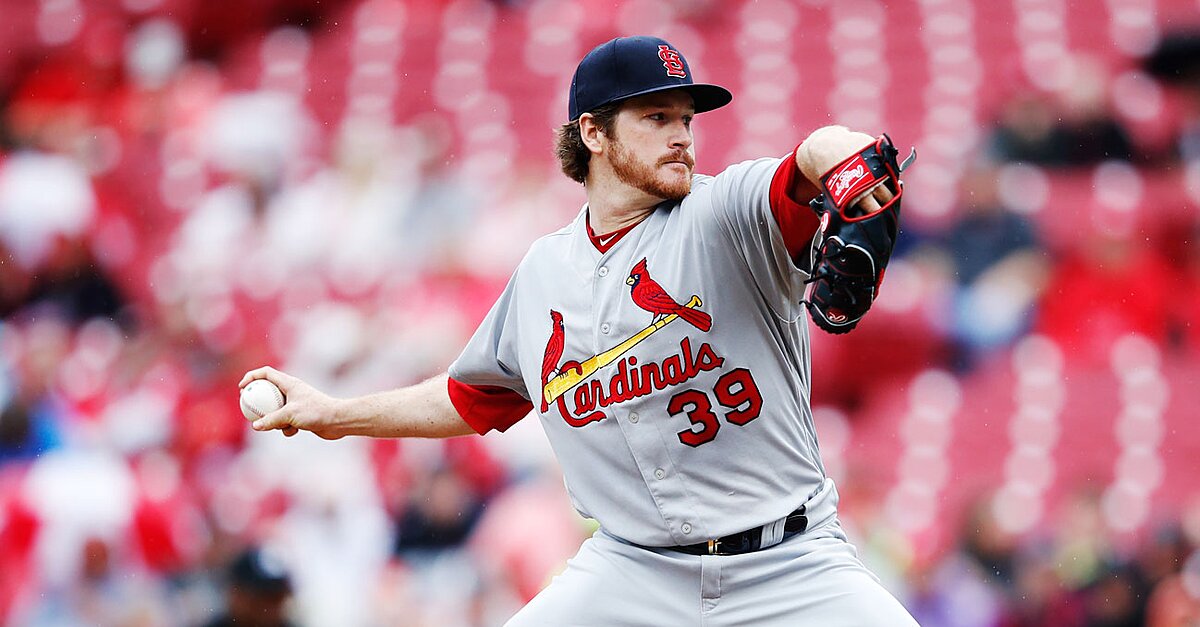 The unlikeliest plate appearance of the first six weeks of this MLB season took place on April 14 in Cincinnati in a game between the Cardinals and Reds. The Cardinals would win the game 6–1, and the plate appearance in question had no effect on the outcome. And yet, it was so out of the ordinary, both in the moment and nearly one month later, that it demands further examination.

On its face, it was a forgettable trip to the plate in an unremarkable game in the middle of the season’s opening month between two teams that will meet 19 times this season. But it’s how seemingly meaningless the trip was, juxtaposed against the unlikeliness of its outcome, that makes the result so fascinating.

Mikolas has faced 161 batters this season and owns a league-leading 1.2% walk rate. He may be just 40 innings and six starts into his MLB rebirth, but it’s clear that any walk he allows is unlikely. Even if the hitter in this plate appearance were Joey Votto, who’s tied for the 30th-highest walk rate in MLB history, or Eugenio Suarez, who has a 13.4% walk rate since the start of last season, it would have been surprising. Suffice to say, the batter at the plate for the unlikeliest plate appearance of the first five weeks of the season was…note quite known for his plate discipline.

Adam Duvall first came to prominence for the Reds in 2016, when he hit 33 homers. He hit 31 more the next year, establishing himself as a dangerous power hitter. He also earned a reputation as a free swinger. Duvall struck out 334 times while drawing just 80 walks in ’16 and ’17 combined, totaling a strikeout rate of 26.6% and walk rate of 6.4%. Among 131 players with at least 1,000 plate appearance over the previous two seasons, Duvall ranked 107th in walk rate. Going into the game, Duvall’s walk rate for this season was at, you guessed it, 6.4% (three walks in 47 plate appearances).

And so, in true you-can’t-predict-ball fashion, Miles Mikolas walked Adam Duvall in the second inning of the Cardinals’ 6-1 win over the Reds on April 14th.

That the walked happened was unlikely enough. The anatomy of it, however, made it all the more astounding. Let’s take a look at it, pitch by pitch.

The oddness of the plate appearance started right with the first pitch. Mikolas has a 68.9% first-strike rate this season, which ranks fifth in the majors. He fell behind Duvall, however, with a slider that fell beneath the zone.

When Mikolas falls behind, he’s typically right back in the strike zone on the next pitch, either evening the count or getting a ball in play. That didn’t happen here. Mikolas tried another slider, and this one missed both low and away.

Mikolas has faced 161 batters this season. He has gone to a 2-0 count against 16 of them, or 9.9%. Duvall isn’t exactly a likely candidate to get this far ahead of Mikolas, but he did. He’d be even unlikelier to run the count to 3-0. Neither he nor Mikolas are in 3-0 counts all that often, and given both of their tendencies, it was extremely likely that the next pitch would either be put in play or get Mikolas back into the count at 2-1. That’s not what happened.

Only 22.6% of Mikolas’ four-seam fastballs this season have been balls. In 2–0 counts, that rate dips to 12.5%. One out of every eight four-seamers Mikolas throws in 2–0 counts, rare as they are, is out of the zone. This was the one, running the count to 3–0. Of the 161 batters Mikolas has faced this season, exactly two, or 1.2%, have gotten themselves into a 3–0 count.

Mikolas came back with his first strike of the plate appearance on the next pitch, the lone likely result in the plate appearance. Forget about four-pitch walks, Mikolas has thrown four balls in a row once this season. Duvall, meanwhile, is unlike other sluggers, in that he doesn’t swing at 3–0 pitches. In fact, going back to the start of the 2016 season, he has been in 43 3–0 counts, and has swung at the next pitch just once. He took this fastball for strike one.

After that, however, Mikolas lost Duvall for good, throwing yet another slider out of the zone for his first walk of the season.

Just as quickly as Duvall won the unlikeliest plate appearance of the season, he was back in left field. The next two hitters, Tucker Barnhart and Phil Ervin, popped out in foul territory, and Mikolas was out of the inning. He would go on to allow one run on four hits—and one more walk—in seven innings, earning his second win of the season.

Mikolas has been great since then, going seven innings in all three of his next starts, striking out 17 and allowing a total of three runs on 18 hits and, yes, zero walks. As for Duvall, he has turned into a walk machine since coaxing a free pass out of Mikolas. In 74 trips to the plate since that game, Duvall has eight walks, good for a 10.8% walk rate. Maybe Mikolas needed to get that first walk out of his system before he could realize his full potential. Maybe Duvall needed that free pass to kickstart a new approach at the plate. No matter what happens the rest of the season, they’ll always share that unlikely moment in an unremarkable game in the middle of the season’s opening month. And finding the beauty in that is what baseball is all about.