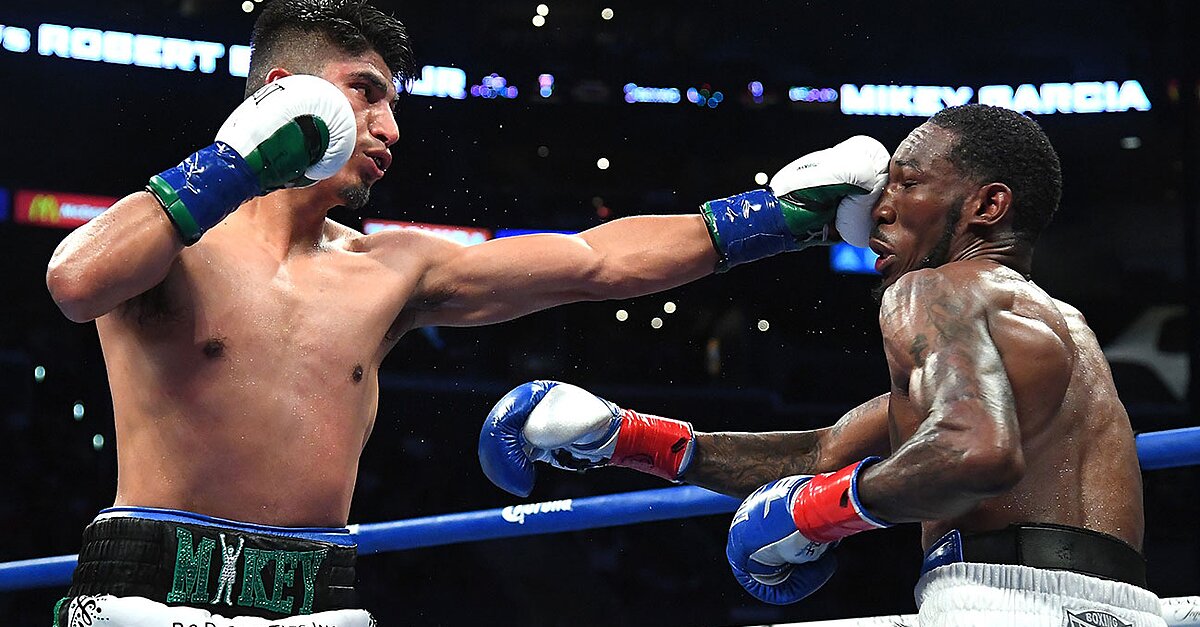 Garcia (39-0) knocked down Easter in the third round and controlled long stretches of the bout at Staples Center. He unified the two 135-pound titles with flair in his first fight in his native California in seven years.

The 30-year-old Garcia has been a world champion in four weight classes, and his combination of precision and power was too much for Easter (21-1). Garcia knocked down Easter with a nasty left hook in the third round and nearly finished the bout moments later.

Garcia couldn’t get his first knockout since January 2017, but still delivered another outstanding performance. His victory in a unification bout put him in a rare collection of talents to accomplish the feat, including Roberto Duran, Julio Cesar Chavez, Pernell Whitaker and Oscar De La Hoya. The bout was also the first time two previously unbeaten boxers had fought in a lightweight unification bout.

Easter was knocked down for only the second time in his career after a strong right jab set up Garcia’s devastating left hook late in the third round.

Garcia also got better as the fight progressed. In the final four rounds, Garcia out-landed Easter 95-34 in total punches and ended the fight being the more active fighter, throwing 555 punches to Easter’s 507.

“Whenever we step in the ring we are both putting our lives on the line, and tonight Mikey was victorious,” Easter said. “I just couldn’t find the timing and I just couldn’t let my right hand go. He caught me with a clean shot and I went down, but I got up like a true champion.”

Garcia had a 2 1/2-year layoff from his sport due to a promoter dispute, but he is 5-0 since returning to the ring in 2016. He is one of only three fighters in modern history to hold world titles at 126, 130, 135 and 140 pounds, joining Juan Manuel Marquez and Manny Pacquiao,

Garcia won the vacant IBF 140-pound title in March to become a four-division world champion, only to relinquish the title to return to 135 pounds to face Easter.

Earlier on the Showtime card at Staples Center, heavyweight Luis Ortiz (29-1, 25 KOs) landed a straight left hand that sent Romanian Razvan Cojanu (16-4) to the canvas and ultimately ended the fight in the second round in the co-feature.

Both fighters were coming off losses in heavyweight world title fights, and Ortiz was fighting for the first time since challenging Deontay Wilder earlier this year.

Mario Barrios (22-0, 14 KOs) recorded his sixth straight stoppage victory in the eighth round against Jose Roman (24-3-1). Each of the judges had the fight scored 80-70 in favor of Barrios at the time of the stoppage when Roman’s corner didn’t answer the bell for the ninth round.