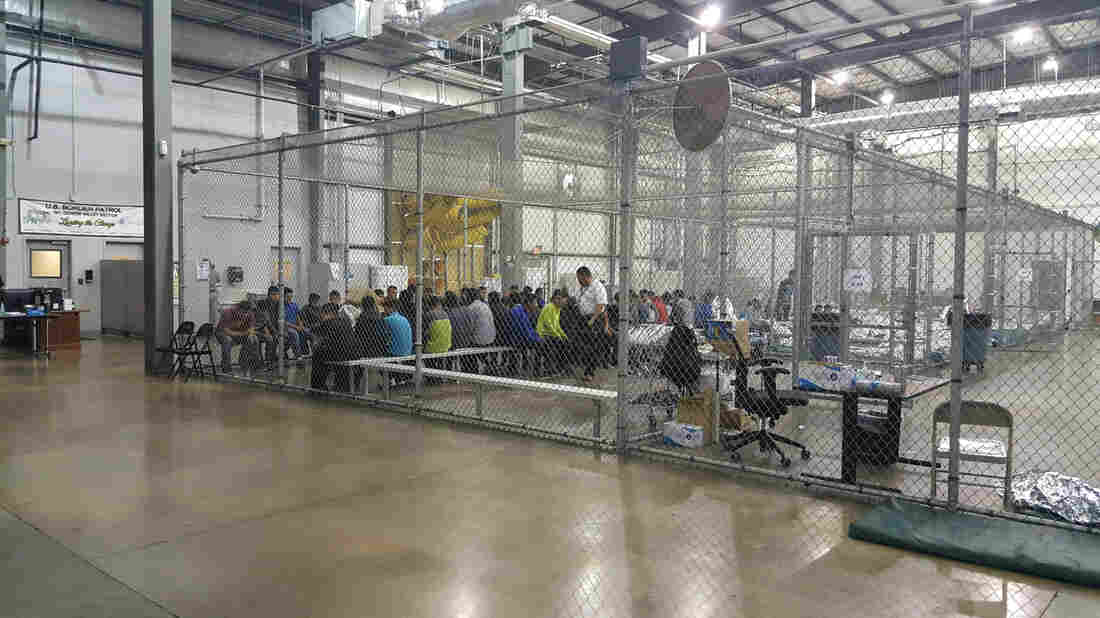 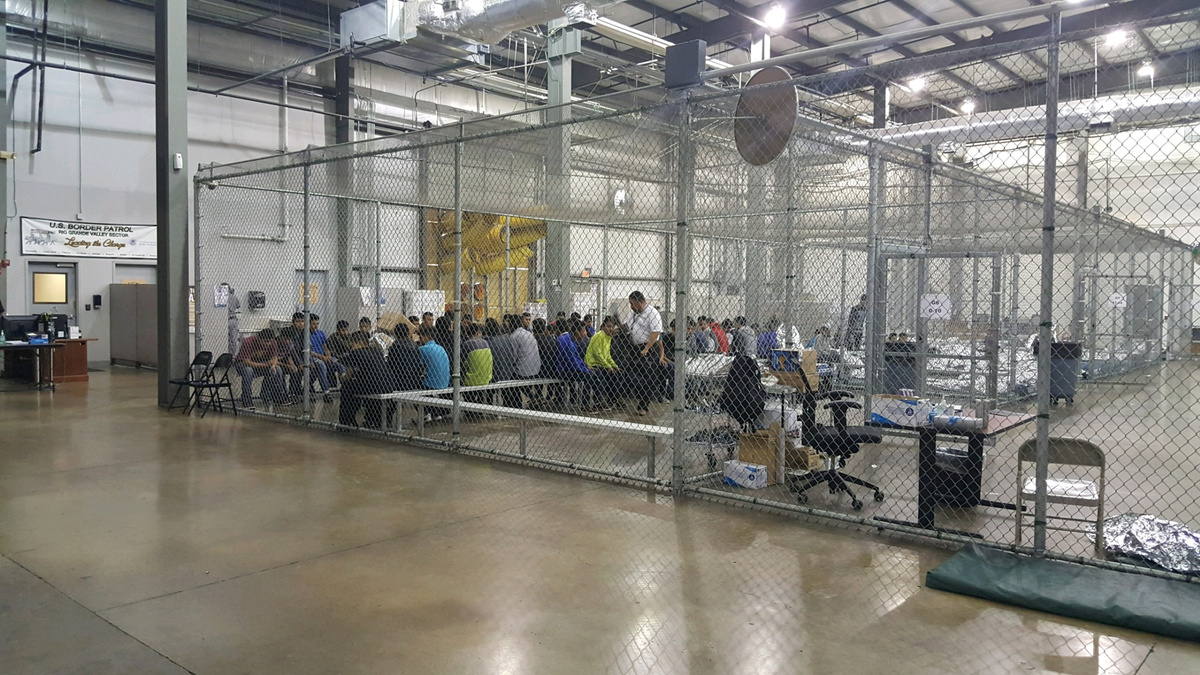 In a handout photo, the inside of a U.S. Customs and Border Protection detention facility shows detainees inside fenced areas at Rio Grande Valley Centralized Processing Center in Rio Grande City, Texas, on June 17.

A recording of migrant children crying for their mothers and fathers has gripped the nation — and ratcheted up the debate over the Trump administration’s policy of separating families at the border.

The seven minutes of audio, recorded last week, provide rare insight into one of the facilities where children are temporarily held while their parents remain in immigration detention.

Amid the wailing children, a Border Patrol officer is heard saying in Spanish: “Well, we have an orchestra here. What’s missing is a conductor.” The children had been held at the unidentified facility less than 24 hours.

An unnamed source made the recording and provided it to Jennifer Harbury, a civil rights attorney who works in Texas’ Rio Grande Valley. Harbury, in turn, provided it to Ginger Thompson, a senior reporter with the investigative news organization ProPublica.

Harbury told CBS News that the person who provided the tape to her is a person known to her and is of “impeccable integrity.” She added that the whistleblower made the tape in person and brought it to her.

The recording fills a critical gap in understanding the policy of separating families at the border. There’s been a lot of debate about the policy such as where it came from and who started it, ProPublica’s Thompson says.

But those discussions have taken place at a “sanitized level, where we talk in sterile political terms,” she says.

“The voices that have been left out of that conversation are the voices of the people with the most at stake, who are these children,” Thompson says. “Unless we hear from the children, we don’t have a real understanding of what it is, of what this policy is, and what it’s doing.”

On what Thompson knows about the source

On whether the audio was edited

It was not edited. … I spoke at length with the source about having all of this audio, and had a long discussion about why we would not accept a tape that was edited.

A lot of times journalists, what we do to try to explain a reality — a big reality that involves thousands of people — is we try to find one case, go in deep on one as a way to show a larger reality.

Not according to my source, who as I’ve said, has had access to these facilities for a while, and has seen these kinds of separations and has been in the middle of this policy for a while. So no, I got no indication from this source. This was an average day at a Border Patrol facility.

One of the things you can hear fairly clearly are consular officials talking to the kids and trying to console them. There is one point where one of the officials talks to a kid, is handing the child a toy, and then they’re trying to urge the kids to eat something and they’re handing out snacks, and they’re asking the kids where they’re from. And the Border Patrol official is also trying to console the kids. And I think in his comment about the orchestra, he’s kind of, I think, trying to lighten the mood and maybe clumsily trying to joke with the kids. It’s just clear from the tape the kids are inconsolable.

On what Thompson thought when she first the tape

It was shocking, to be honest. I have lots of small children in my own family, and their voices kept ringing through my head as I was listening to the voices of these kids and thinking about what must these kids be going through. It’s just incredibly powerful.