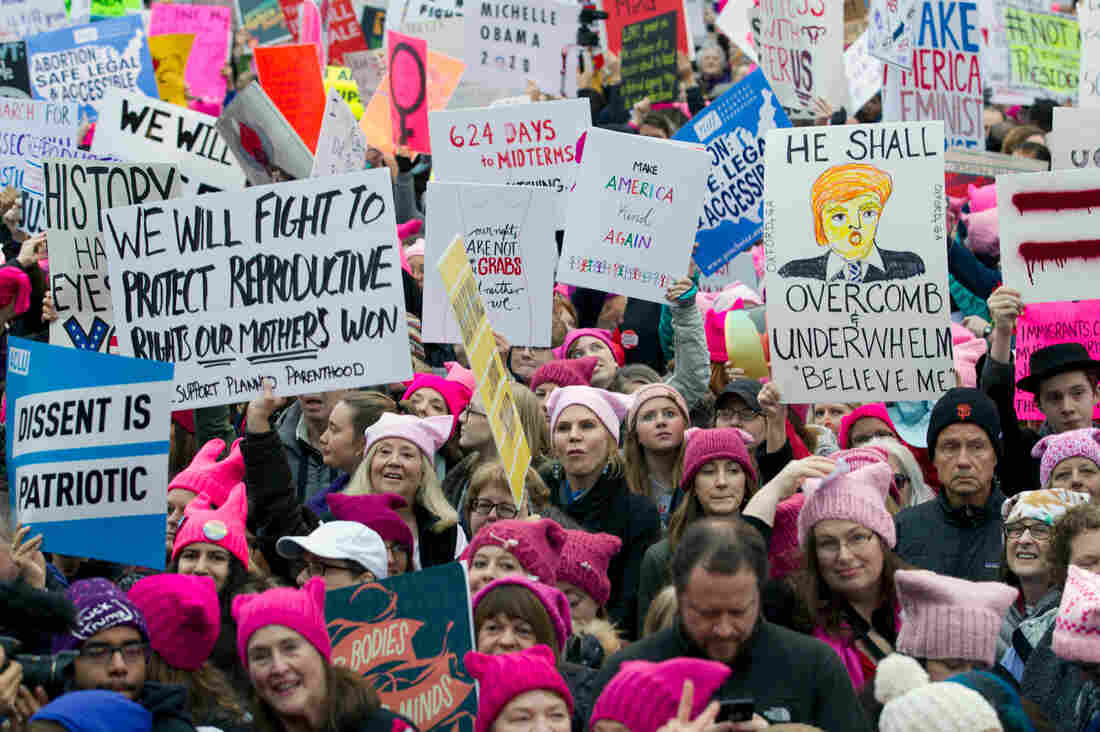 Demonstrators with pink hats begin to gather in Washington for the Women’s March on Jan. 21, 2017, the first full day of Trump’s presidency. Now, many women have turned that energy into elections. Jose Luis Magana/AP hide caption 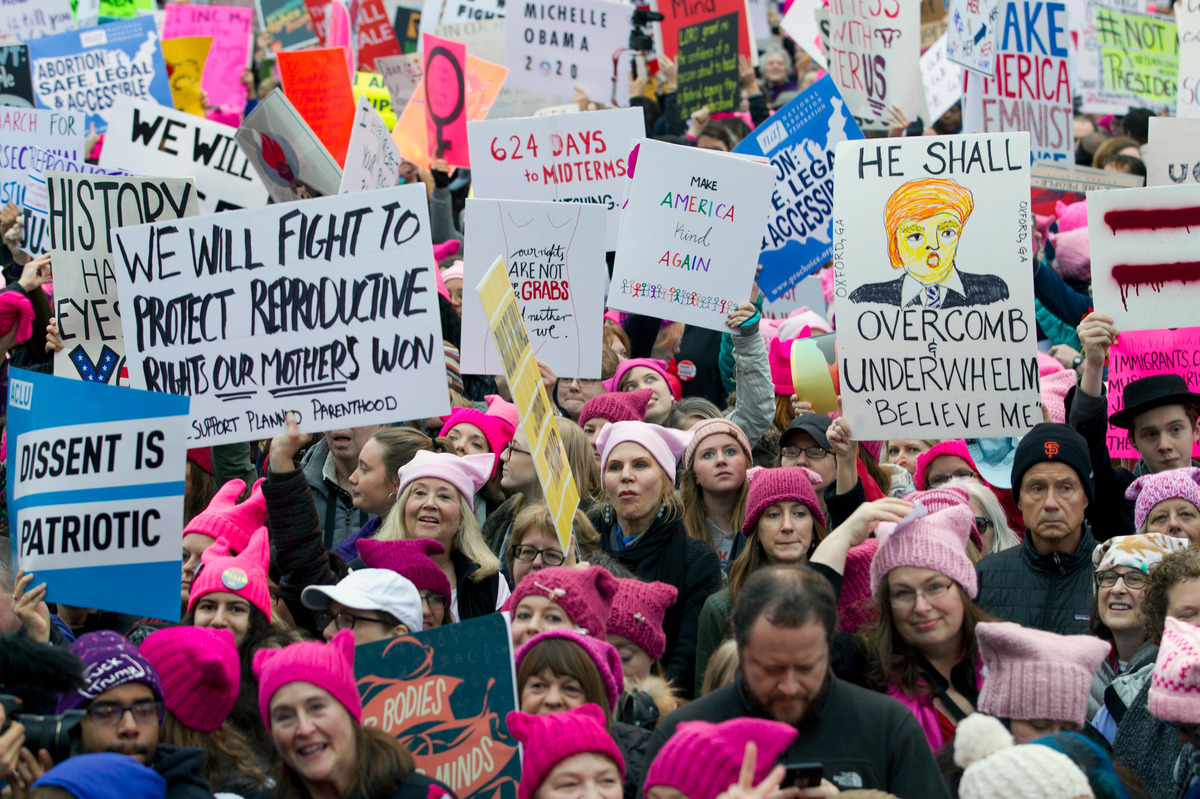 Demonstrators with pink hats begin to gather in Washington for the Women’s March on Jan. 21, 2017, the first full day of Trump’s presidency. Now, many women have turned that energy into elections.

It’s been the story since Trump was elected.

Dueling, massive crowds showed up in Washington in January 2017 — on one day, supporters of the newly inaugurated president and the next, an enormous gathering of opponents for the Women’s March, with largely women leading the resistance.

A year-and-a-half later, that dynamic has played out in the early contests of this year’s crucial midterm primaries. President Trump and the allegiance he’s inspired among his base, as well as the outrage he has stirred on the left — particularly among Democratic women — have been two of the dominant storylines of 2018.

And now we enter the busiest stretch of the primary season, beginning with eight states holding primaries Tuesday. Just how busy will June be? Almost two thirds of the country, 31 states, will have voted by July overall, 71 percent of House races will be set and just over half of Senate ones.

Here are the four big messages voters have been sending with their votes so far in the 2018 midterm primaries: 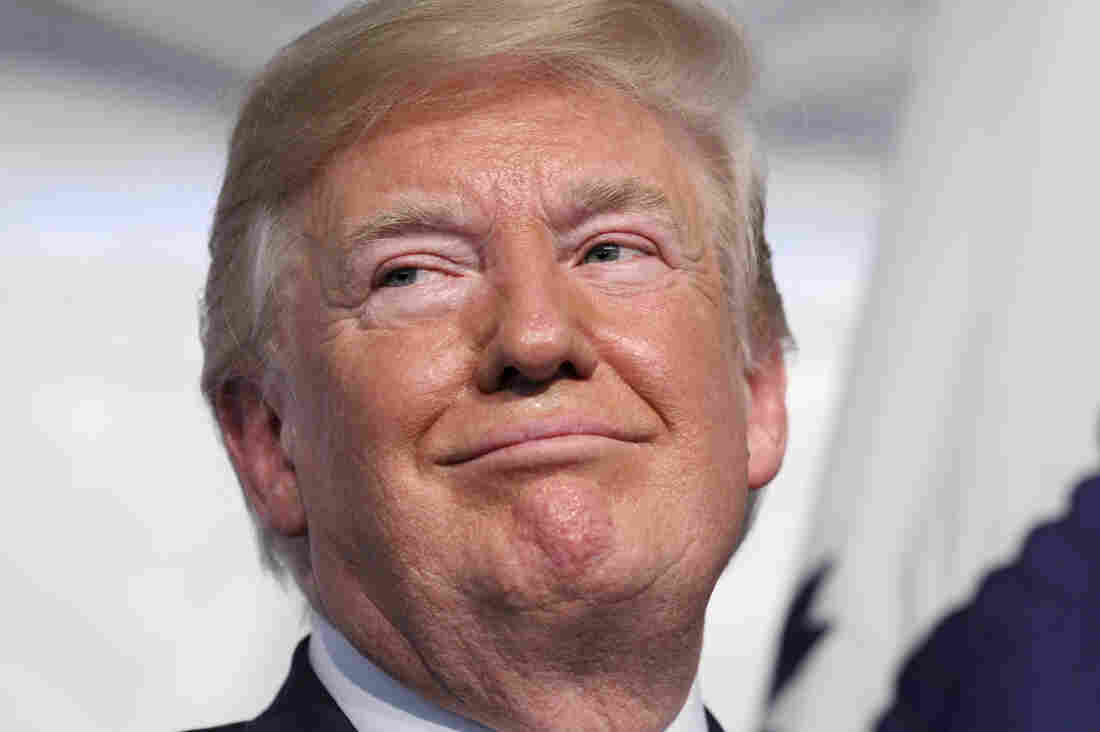 President Trump is fully in control of the GOP. He’s the most influential person in the party, and candidates are fashioning themselves after him. Jacquelyn Martin/AP hide caption 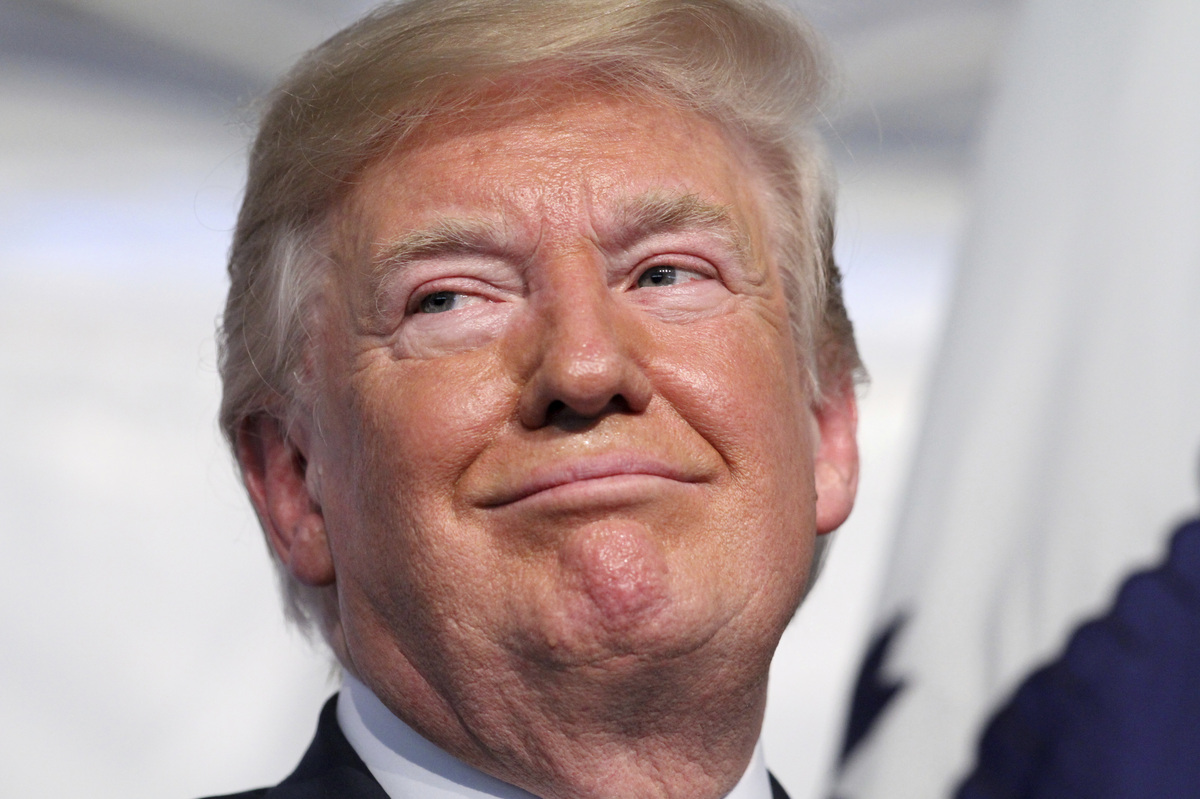 President Trump is fully in control of the GOP. He’s the most influential person in the party, and candidates are fashioning themselves after him.

President Trump continues to dominate news coverage and wields more influence in his party than anyone else — and Republicans running for office know it. Anyone who thought Republicans, fearing Trump’s historically low approval ratings, would run away from this president were wrong — in primaries, anyway.

That may change in the fall when some of these candidates need to tack to the middle, but, right now, they’re with their president. Why? Because GOP voters approve of Trump at record levels.

Several GOP candidates have hitched their wagons to Trump, sensing that’s what their voters want, from candidates in Indiana who tried to out-Trump each other, to one in West Virginia who said he was “Trumpier than Trump” after the president told GOP voters to vote for anyone other than him. And speaking out against the president can present dangers. Look at Rep. Martha Roby in Alabama, who drew a crowded primary field because she criticized the president after the Access Hollywood tape came out before the 2016 election.

One of the men vying to become the next House speaker, California GOP Rep. Kevin McCarthy, told CNN that the party’s evolution is a good thing. “Well, I would think it’s changed for the better,” he said in response to Boehner’s comment.

McCarthy cited the country’s relative peace and prosperity under Trump. And Trump has certainly benefited from that, as well. His approval rating, for example, has gone from 37 percent in December to almost 45 percent now, according to the RealClearPolitics average of polls.

The question is whether that improvement will be enough for the Republican Party and its candidates, who are facing historical midterm challenges because so much of the enthusiasm is with the party out of power.

2. Democratic women are running and winning

Speaking of that enthusiasm, in primary after primary so far, it’s been Democratic women making a statement. So far, more than 40 percent of House Democratic nominees have been women, according to NBC News.

So far, 159 total women have appeared on primary ballots in these early contests. Of those, 80 percent (126) have been Democrats.

Overall, 74 women have won primaries, and the lion’s share (85 percent) have been Democratic women.

Cut another way, half of the Democratic women running in primaries so far have won (63 out of 126), while a third of Republican women have won (11 of 33).

3. It hasn’t been a good year to be a congressional Republican

Only one incumbent has lost a primary so far. That was Republican Robert Pittenger, from North Carolina, who was upset by an underfunded Baptist minister. Democrats think that could open up the seat as a target in the general election.

Other Republican congressional candidates have been denied job promotions. From West Virginia to Indiana to Idaho, that’s been the case. Instead, what voters seem to value in Republican candidates is being an outsider businessman. Mike Braun captured that in Indiana, winning the GOP nomination for the Senate by running ads showing him walking around the state with cardboard cutouts of his similar-looking opponents, both of whom were congressmen.

There have been a record number of retirements among House Republicans, and it’s looking increasingly likely that the GOP House conference is moving even more toward the right-wing Freedom Caucus, as the Washington Post‘s Dave Weigel reports.

4. Democrats’ intraparty fight hasn’t amounted to much — yet 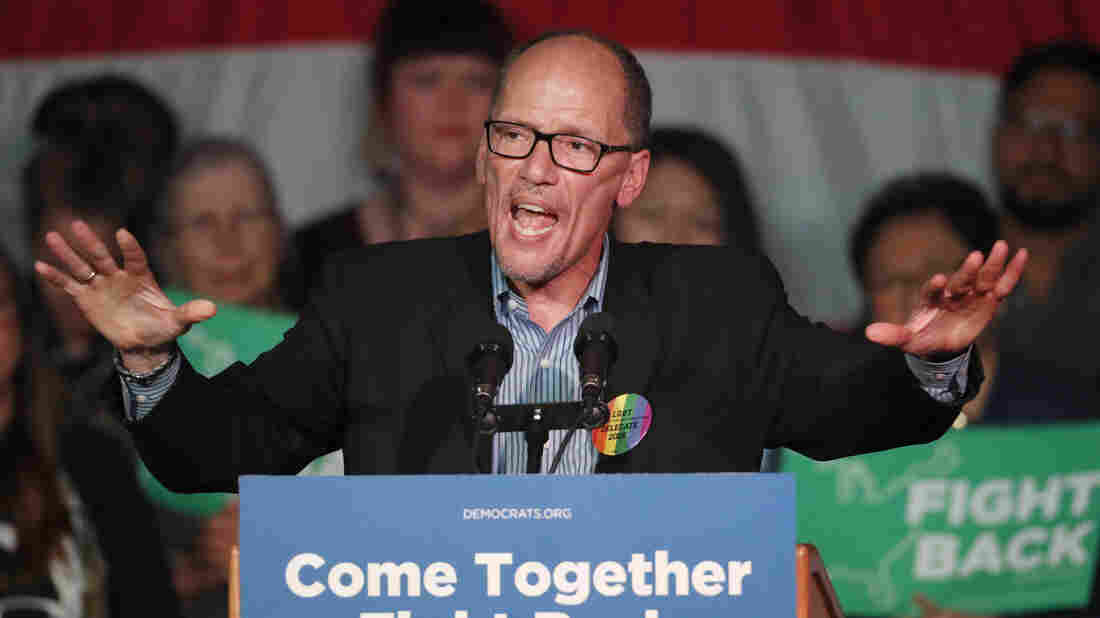 Democratic National Committee Chairman Tom Perez hasn’t quite figured out how to calm the restive Democratic base, but the left hasn’t bitten the Democratic Party just yet. George Frey/Getty Images hide caption 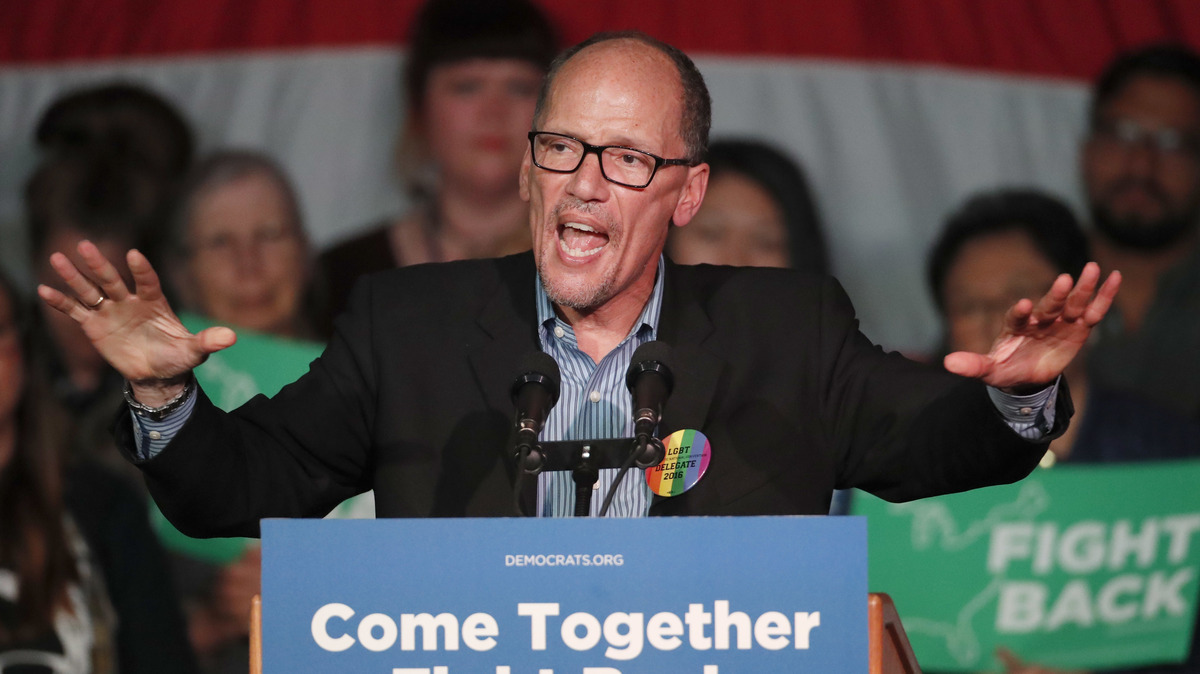 Democratic National Committee Chairman Tom Perez hasn’t quite figured out how to calm the restive Democratic base, but the left hasn’t bitten the Democratic Party just yet.

As much as the Trump wing has flexed its muscle on the GOP side, the same can’t be said for the Bernie Sanders wing of the Democratic Party, at least not yet anyway.

Progressives claimed one scalp in Nebraska, defeating a former congressman with a more liberal candidate, but that is looking more and more like an aberration rather than a trend. The left has had opportunities in Texas and Pennsylvania, for example, but those challenges fizzled.

Progressives, however, believe they have pushed Democrats on the issues. For example, many Democratic candidates are now talking about Medicare-for-all and a $15 minimum wage.

Are Democrats showing their pragmatic side, or have progressives just not hit their groove yet? After all, there’s still plenty of irritation among them with the establishment wing of the party.

Check out what happened when Democratic National Committee Chairman Tom Perez endorsed New York Gov. Andrew Cuomo over Cynthia Nixon of Sex and the City fame. Not everyone on the DNC leadership team was on board with the decision.

“The Democratic Party should not intervene in the primary process,” DNC Deputy Chairman Keith Ellison said in a statement after learning of Perez’s endorsement. “It is our role to be fair to all contestants and let the voters decide.”

The bottom line is: Democrats are unified, for the most part, against Trump. That may be enough to make gains in 2018, but a fight is coming on the direction of the party — whether it’s in this year’s midterms or in two years, in what’s already shaping up to be a very crowded 2020 presidential field.