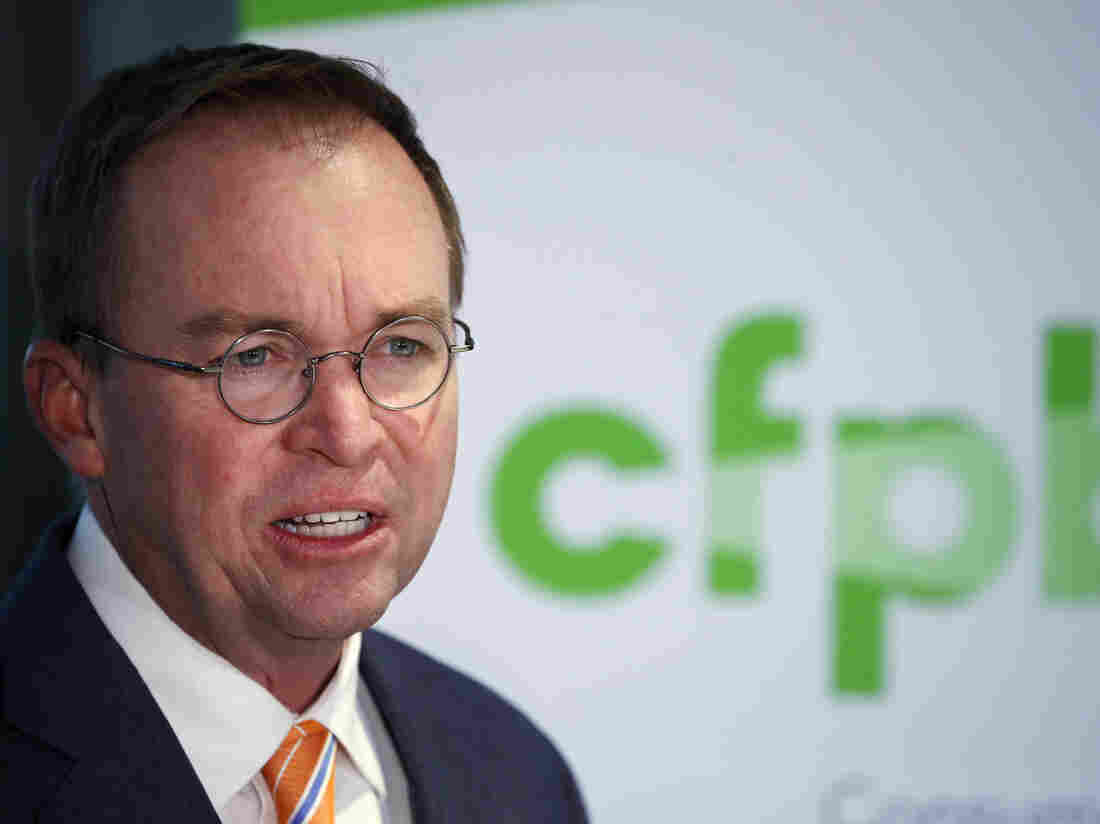 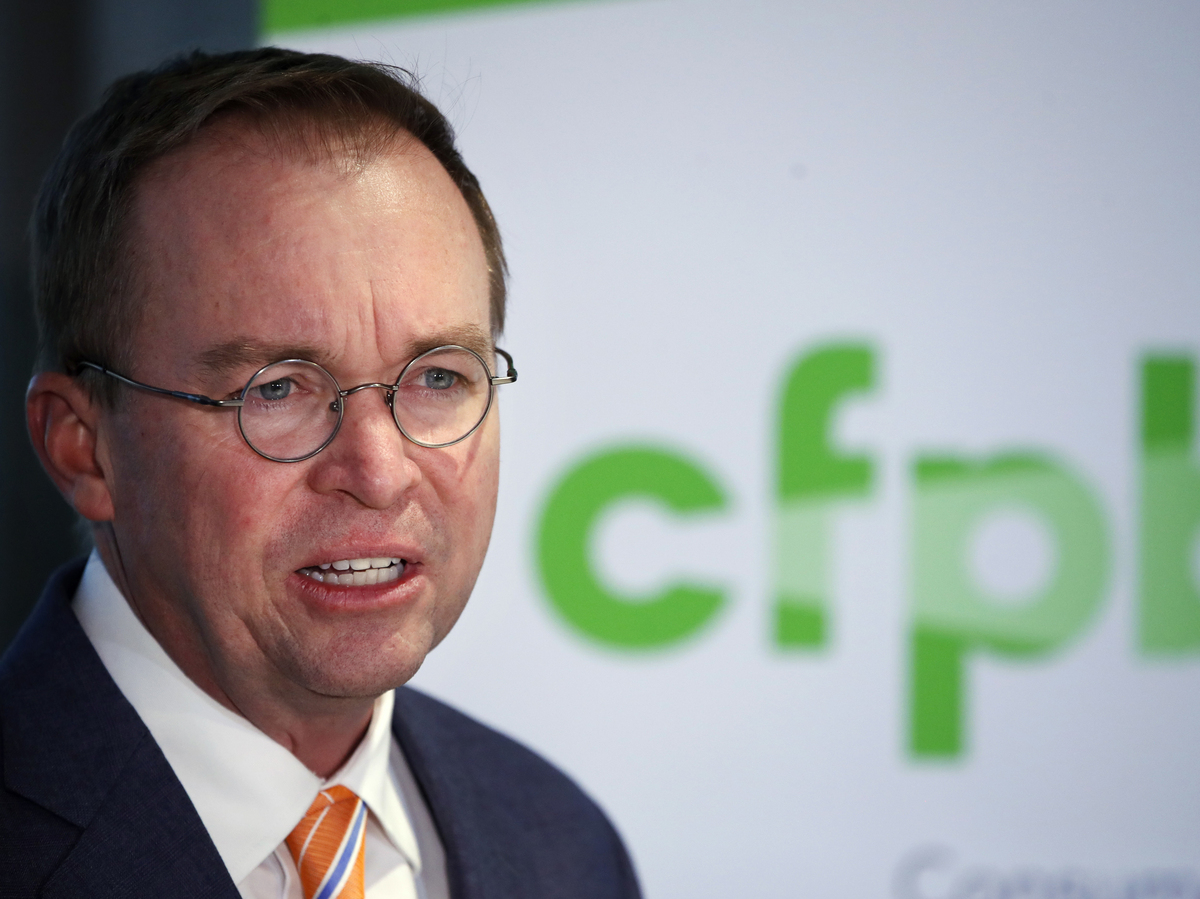 Mick Mulvaney speaks during a November news conference at the Consumer Financial Protection Bureau. On Wednesday, he moved to effectively disband the agency’s Consumer Advisory Council.

The Consumer Financial Protection Bureau continues to come under fire by the man running the watchdog agency — Mick Mulvaney, the interim director appointed by President Trump.

In his latest action, Mulvaney moved on Wednesday to effectively dismantle the agency’s consumer advisory council. “It’s quite clear that we’ve been fired,” said Kathleen Engel, a law professor at Suffolk University and a member of the CFPB’s Consumer Advisory Board.

The board is designed to help consumer groups work with the CFPB to identify problems facing Americans who are treated unfairly by financial firms.

Previously, when he was in Congress, Mulvaney sponsored legislation to abolish the bureau. In April, he said he wanted to shut down public access to a popular government database at the CFPB. In February, he indicated he wanted to scale back the CFPB’s role as a watchdog. And under Mulvaney, the CFPB delayed a new payday lending regulation and dropped an investigation into one payday lender that contributed to his campaign.

In a letter to advisory board members about Mulvaney’s latest move, the CFPB said it will continue consumer advisory groups but will “reconstitute” them with “new, smaller memberships. Smaller memberships will ensure streamlined discussions about the Bureau’s policy priorities and needs in a productive manner.”

Consumer Advisory Board members said the move, along with previous steps, signal the “destruction from within” of the CFPB.

“Firing the current CAB members is another move indicating Acting Director Mick Mulvaney is only interested in obtaining views from his inner circle, and has no interest in hearing the perspectives of those who work with struggling American families,” Ann Baddour, who chairs the board, said in a statement.

Chi Chi Wu, an attorney with the National Consumer Law Center and a member of the Consumer Advisory Board, said firing current members is a “huge red flag in this administration’s ongoing erosion of critical consumer financial protections that help average families. Apparently Acting Director Mulvaney is willing to listen to industry lobbyists who make campaign contributions, but not the statutorily appointed Consumer Advisory Board members.”

CFPB spokesperson John Czwartacki responded to the advisers’ criticism, saying flatly: “The Bureau has not fired anyone.”

In a statement, he said, “The outspoken members of the Consumer Advisory Board seem more concerned about protecting their taxpayer funded junkets to Washington, DC and being wined and dined by the Bureau than protecting consumers.”

Engel responded: “Wow. … To call it a junket is incredibly offensive. We are working really hard.

“The big concern of the group, and the staff at CFPB know this, is not about us going to … to the meetings. [It’s] about what this means for American families.”

She said some of the issues the Consumer Advisory Board was working on with CFPB staff included mortgage abuses affecting seniors that put some in foreclosure, unfair student loan practices, and illegal debt collection practices.

Czwartacki said the CFPB “will continue to meet its statutory obligation to convene the Consumer Advisory Board meetings as well as enhanced forms of public outreach and engagement … .”

Max Levchin, CEO of Affirm, a lending startup, is another advisory board member. He called the board’s dismissal “a step backward.”

“Part of the rationale shared for this decision includes cost-cutting measures, but it is also important to note that several of the members (myself included) would have happily shouldered the cost for travel and incidentals in order to maintain the integrity of the forum,” Levchin said in a statement.