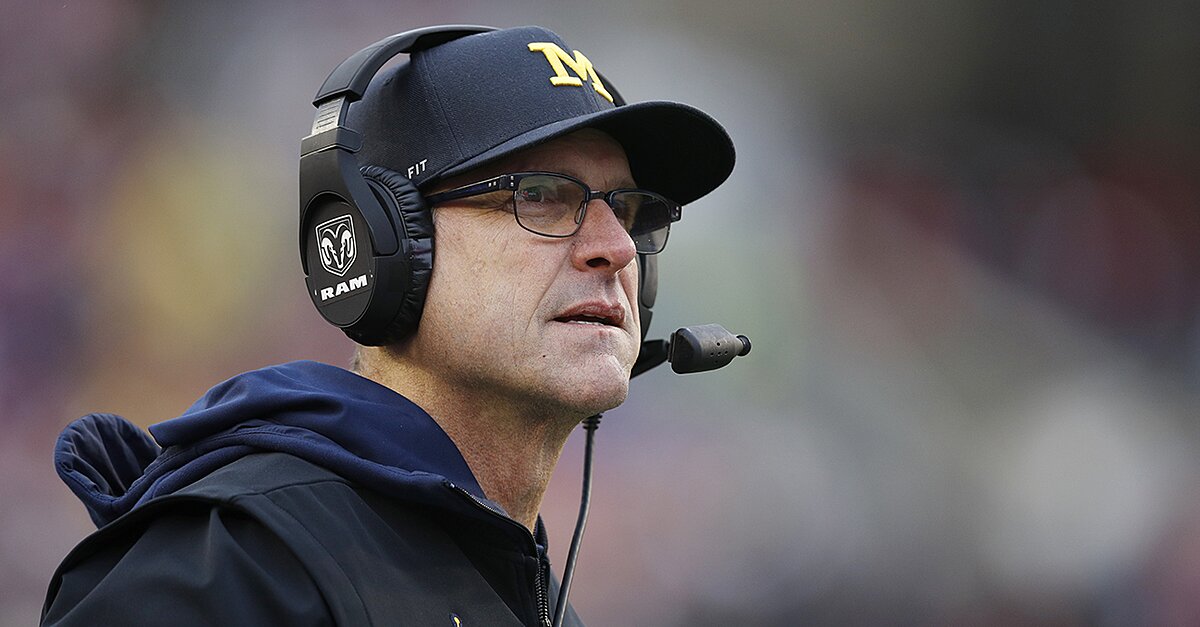 Michigan athletic director Warde Manuel said he’d like his football and basketball coaches to stick around in Ann Arbor until they retire.

Michigan athletic director Warde Manuel said he wants his football and basketball coaches to stick around in Ann Arbor until they retire, according to ESPN.

Manuel made the comments about football coach Jim Harbaugh and basketball coach John Beilein on Tuesday at a meeting of Big Ten athletic directors.

“I love my coaches across the board, love those two guys in particular,” Manuel said, reports ESPN. “I’m extremely pleased with where we are from a staffing, coaching standpoint and Jim and John are two people that I would love to see retire from this institution.”

Harbaugh, 54, was hired in late December 2014 but hasn’t won a Big Ten title or beaten archrival Ohio State. He’s gone 28–11 in his time with Michigan. Harbaugh’s contract expires in 2021.

Beilein, 65, led the Wolverines to the national championship game this year and has gone 248–143 in 11 years. He’s under contract though 2021, but Manuel said a new extension is in the works.