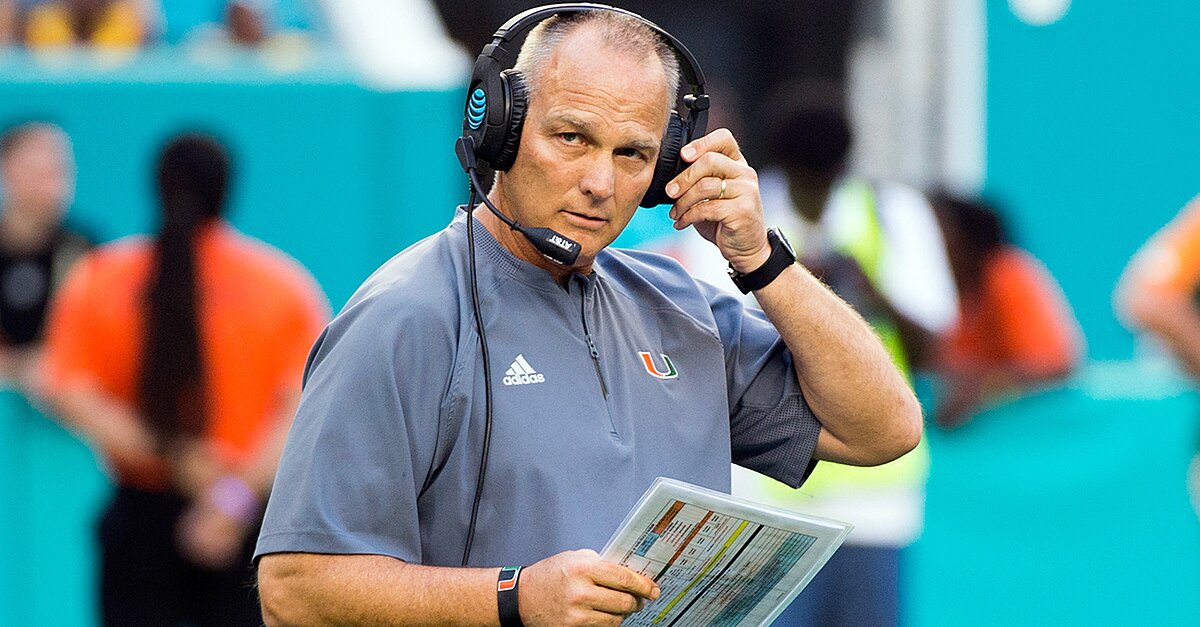 Mark Richt is being rewarded for getting Miami football back on track.

CORAL GABLES, Fla. (AP) — Mark Richt is being rewarded for getting Miami football back on track.

The Hurricanes extended Richt’s deal through 2023, putting him under contract for six years again. He originally signed a six-year agreement in December 2015.

“Mark has done a phenomenal job of building this program—and generating enthusiasm for this program—since the day he arrived back on campus,” Miami athletic director Blake James said Thursday. “We look forward to continued success under his watch, both on and off the field, for many years to come.”

Financial terms were not disclosed. Richt has been making about $4 million annually. Miami is a private university and does not have to disclose exact contract figures.

Federal tax documents that are required to show salaries of the school’s highest compensated employees have not yet been posted publicly for either of Richt’s first two years at his alma mater.

Richt is 19–7 as Miami’s coach. He led the Hurricanes to the Atlantic Coast Conference Coastal Division title last season—netting the school its first appearance in the ACC championship game, which it lost to Clemson. Miami went 10–3 a year ago for its first double-digit win year since 2003, resulting in an Orange Bowl berth.

“We’re excited about where this program is headed,” Richt said.

Richt is entering his 18th season as a college head coach. He’s gone 164-58 in his stints at Georgia and Miami.