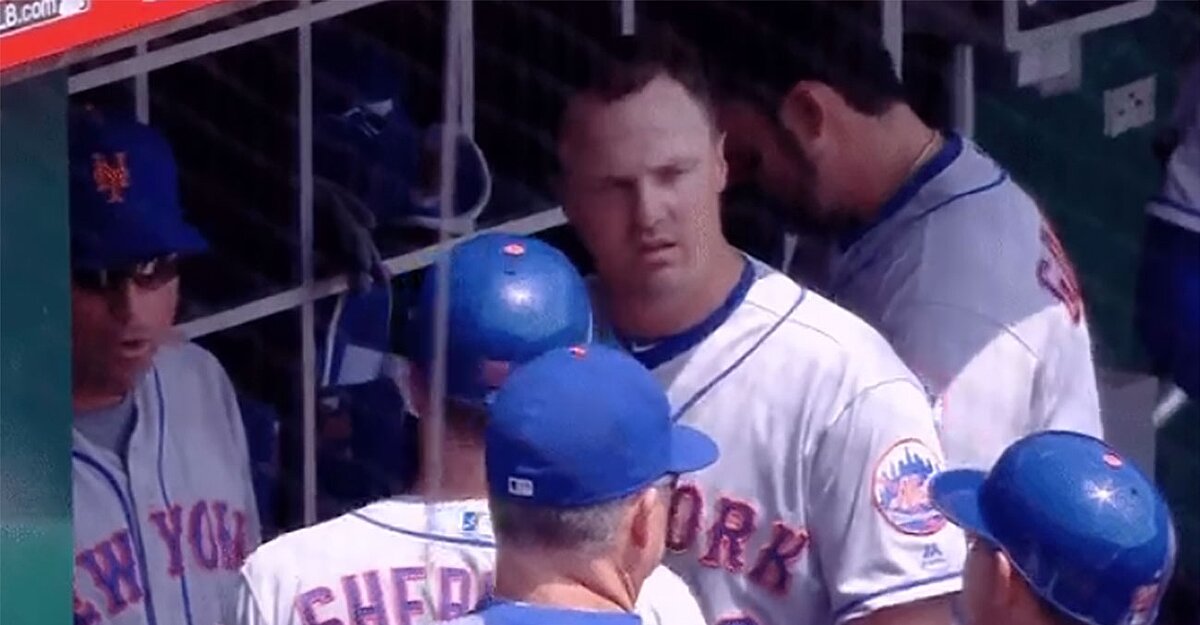 The New York Mets appear to be a mess.

In the top of the first inning of Wednesday afternoon’s game, the Mets batted out of order and forfeited a runner in scoring position. It is one of the strangest things to happen in baseball this season.

The game started with Brandon Nimmo and Wilmer Flores striking out. Asdrubal Cabrera hit a ground-rule double to left field before Jay Bruce batted out of order and was called out.

According to MLB.com’s Anthony DiComo, the umpires were given a lineup card with Cabrera batting second and Flores batting third. Reds manager Jim Riggleman waited until Cabrera reached second base to inform the umpiring crew.

Bruce was the third out of the inning, catcher unassisted. Cabrera was credited with the double in the official ruling before it was taken away by the official scorer. Cabrera is 0-for-0 with no official at-bat. Bruce is 0-for-1.

The Mets intended for Flores to hit second and Cabrera third. Adrian Gonzalez was allowed to start the second inning.

The line up cards were briefly removed from the scoreboard at Great American Ball Park. In the top of the third inning, Mets manager Mickey Callaway went to check with the umpires about how to bat his lineup in the inning. Cabrera was on-deck to hit second in the inning after Nimmo.

Nimmo led off the third inning with a triple to right field. Cabrera gave the Mets a 1–0 lead with an RBI groundout.