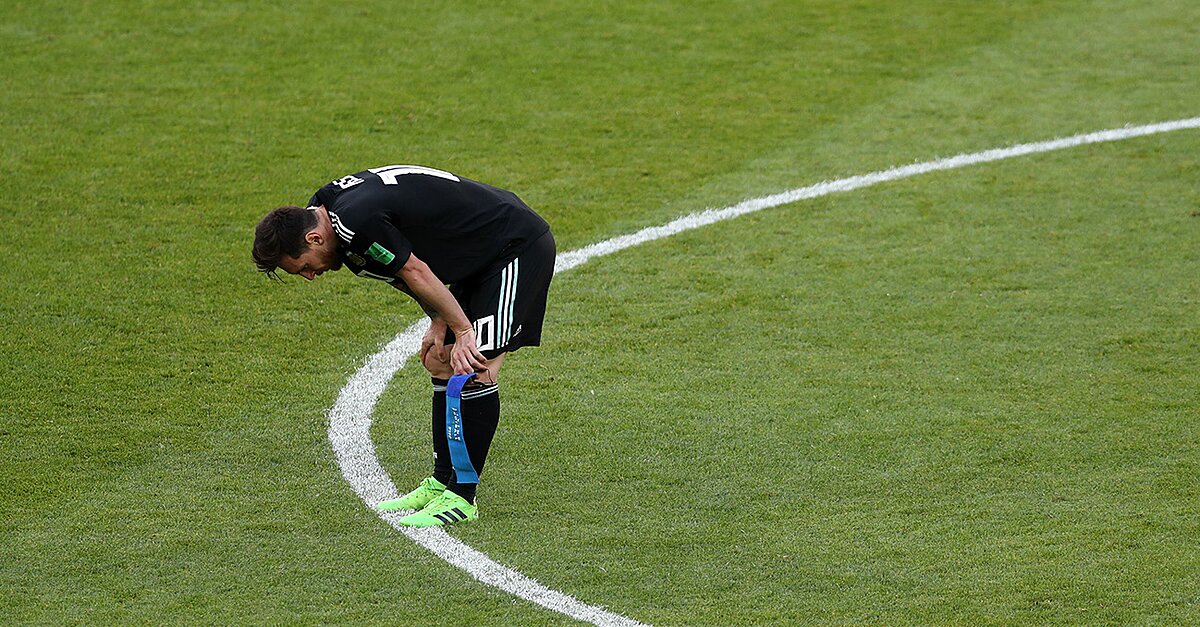 Twitter had some fun with Lionel Messi’s missed kick, while also taking the chance to compare futbol’s best.

Lionel Messi missed a crucial penalty kick that would have likely won the game for Argentina over Iceland on Saturday. Instead the two teams drew 1–1.

As soon as it happened, people started comparing him to Cristiano Ronaldo, who scored a hat trick in Friday’s World Cup match against Spain.

Ronaldo scored on a penalty kick, a gaffe from Spanish goalkeeper David de Gea and a free kick.

Messi didn’t score once in the game against Iceland on Saturday.

Messi and Ronaldo are the game’s two top superstars who are constantly battling it out on the field and for awards — No other play besides Ronaldo or Messi has won the Ballon d’Or since 2007.

Well Twitter had some fun with Messi’s missed kick, while also taking the chance to compare futbol’s best.

Portugal next faces Morocco on Wednesday, while Argentina takes on Croatia on Thursday.