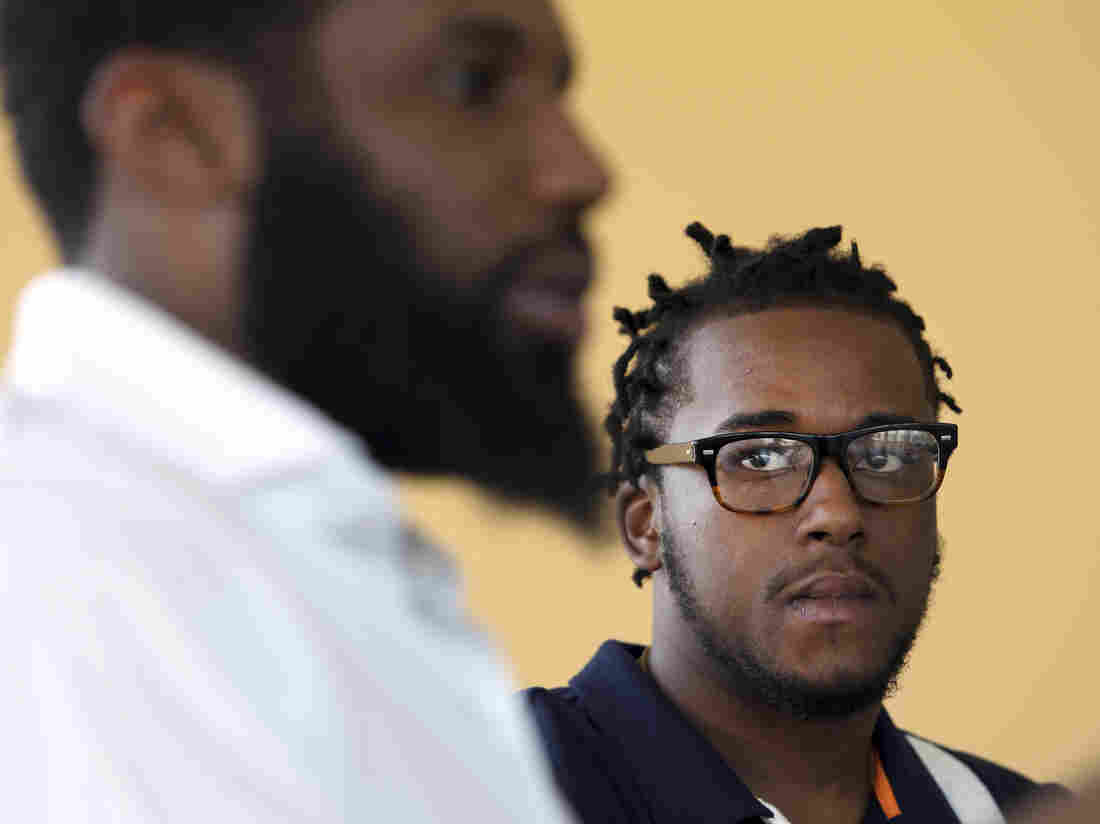 Rashon Nelson speaks as Donte Robinson looks on during an interview with the Associated Press last month in Philadelphia. Their arrests at a local Starbucks quickly became a viral video and galvanized people around the country who saw the incident as modern-day racism. Jacqueline Larma/AP hide caption 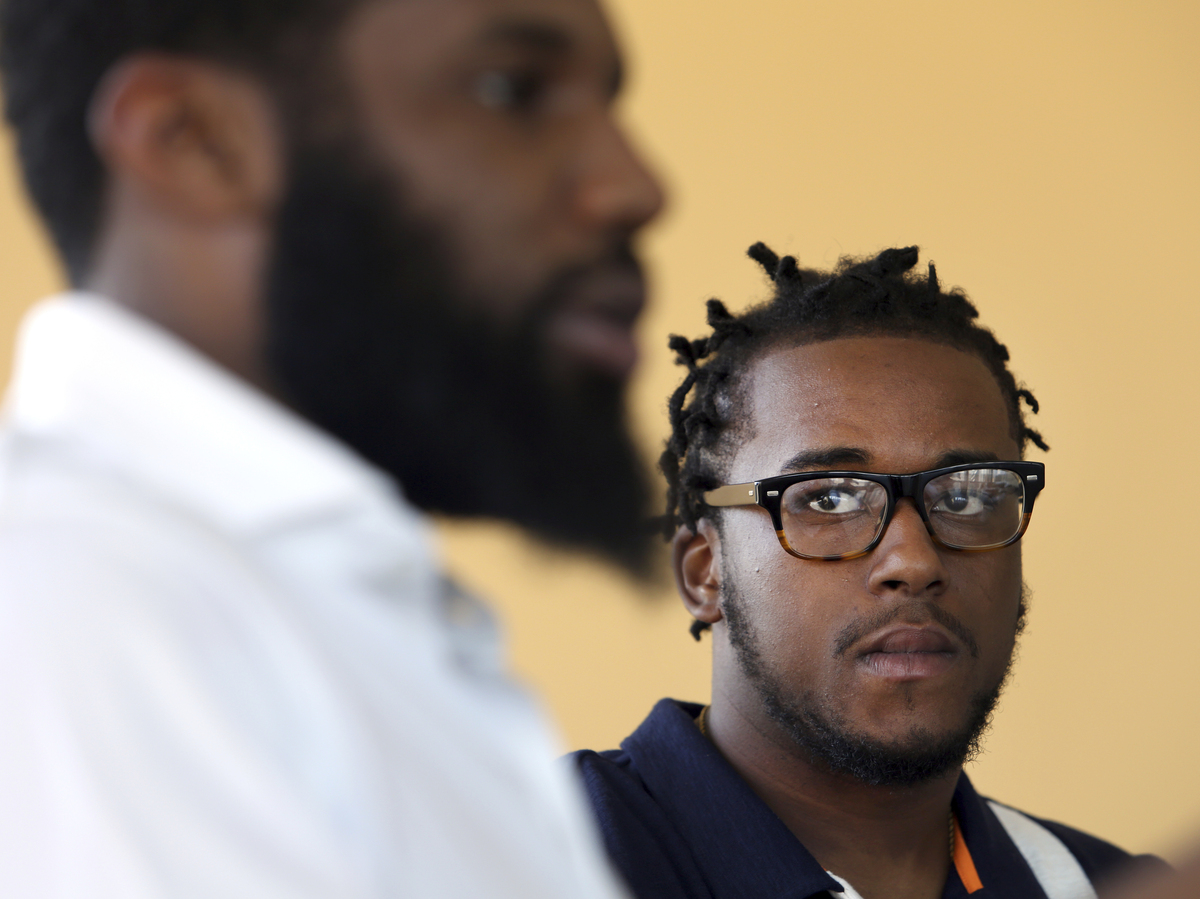 Rashon Nelson speaks as Donte Robinson looks on during an interview with the Associated Press last month in Philadelphia. Their arrests at a local Starbucks quickly became a viral video and galvanized people around the country who saw the incident as modern-day racism.

The two black men arrested at a Philadelphia Starbucks last month have reached a settlement with the coffee chain and the city.

Business partners Donte Robinson and Rashon Nelson, both 23, were arrested on April 12 as they sat at the Starbucks waiting for an associate, without ordering anything. The video of their arrest by Philadelphia police went viral, sparking protests and becoming a major embarrassment for Starbucks and the city.

In the wake of the incident, Starbucks closed 8,000 of its stores on May 29 for racial-bias training.

Robinson and Nelson agreed to a settlement with Starbucks for an undisclosed sum and an offer of free college tuition to complete bachelor’s degrees through an online program with Arizona State University that was created four years ago for Starbucks employees.

In a separate deal, they got a symbolic $1 each from the city of Philadelphia as well as promise from officials to establish a $200,000 public high school program for young entrepreneurs.

“We thought long and hard about it, and we feel like this is the best way to see that change that we want to see,” Robinson told The Associated Press.

The AP adds, “Robinson and Nelson, who grew up in an economically depressed section of the city, said the settlements are a good start, aimed at transforming their community and creating the types of opportunities that did not exist when they were younger.”

In a statement, Starbucks CEO Kevin Johnson thanked Robinson and Nelson “for their willingness to reconcile.”

“Starbucks will continue to take actions that stem from this incident to repair and reaffirm our values and vision for the kind of company we want to be,” Johnson said.

City spokesman Mike Dunn said the settlement with Philadelphia released the city and its employees from “any and all claims.” Mayor Jim Kenney also lauded the settlement.

“Rather than spending time, money, and resources to engage in a potentially adversarial process, Rashon Nelson and Donte Robinson approached the city and invited us to partner with them in an attempt to make something positive come of this,” Kenney said in a statement quoted by The Philadelphia Inquirer. “This agreement is the result of those conversations, and I look forward to seeing the fruits of this effort in the coming months and years.”

The incident occurred as Robinson and Nelson were waiting to meet a third man about a real estate opportunity at a Starbuck’s in Philadelphia’s well-to-do Rittenhouse Square neighborhood. However, the manager of the store called police saying the two refused to leave after not ordering anything.

As NPR’s Emily Sullivan and Jenny Gathright wrote last month, “When police arrived, two Starbucks employees told them two men had asked to use the restroom but were told they couldn’t because they hadn’t purchased anything. The men allegedly refused to leave after being asked by Starbucks employees. [Philadelphia Police Commissioner Richard] Ross also said the two men refused to leave after being asked three times by police officers.”