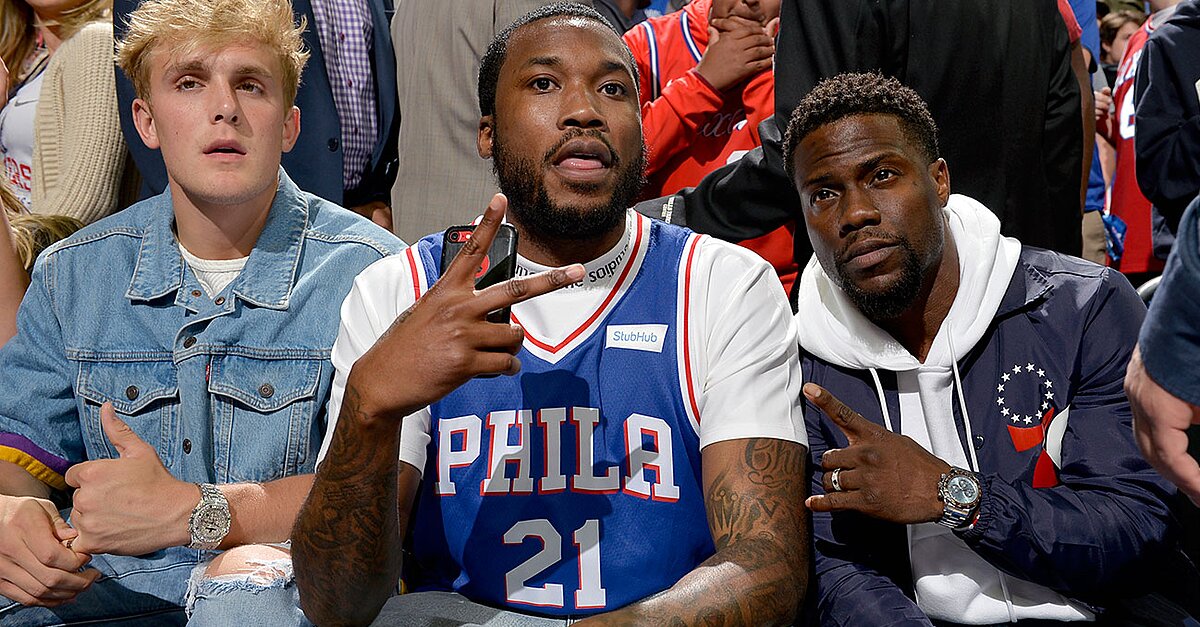 This will be the second 76ers game the rapper has attended since his prison release last week.

Rapper Meek Mill will attend the 76ers-Celtics Game 2 in Boston, according to ESPN.

Philadelphia 76ers co-owner Michael Rubin will bring Mill with him to the game.

Rubin picked Mill up from jail last week and brought him to the 76ers-Heat Game 5 last Tuesday during the first round of the playoffs.

Mill, a Philadelphia native, rang the Sixers’s ceremonial bell before the game while wearing a Joel Embiid jersey.

On April 24, the Pennsylvania Supreme Court ordered a lower court to immediately grant bail to the rapper, according to FOX29 Philadelphia. The timing of the release was perfect to coincide with Game 5, and as soon as news broke, speculation that he would attend the game started.

Mill’s legal troubles have been a major story within the sports world because of his connection to Philadelphia and the nature of the case.

In November, Rubin wrote a letter on Mill’s behalf to help keep him out of prison, but the rapper was eventually sentenced to two-to-four years in prison.

76ers stars Embiid and Ben Simmons showed support by wearing “Stand With Meek Mill” shirts at a Jay-Z concert in December, while his song “Dreams and Nightmares” became the Eagles’ anthem on their Super Bowl run last season.