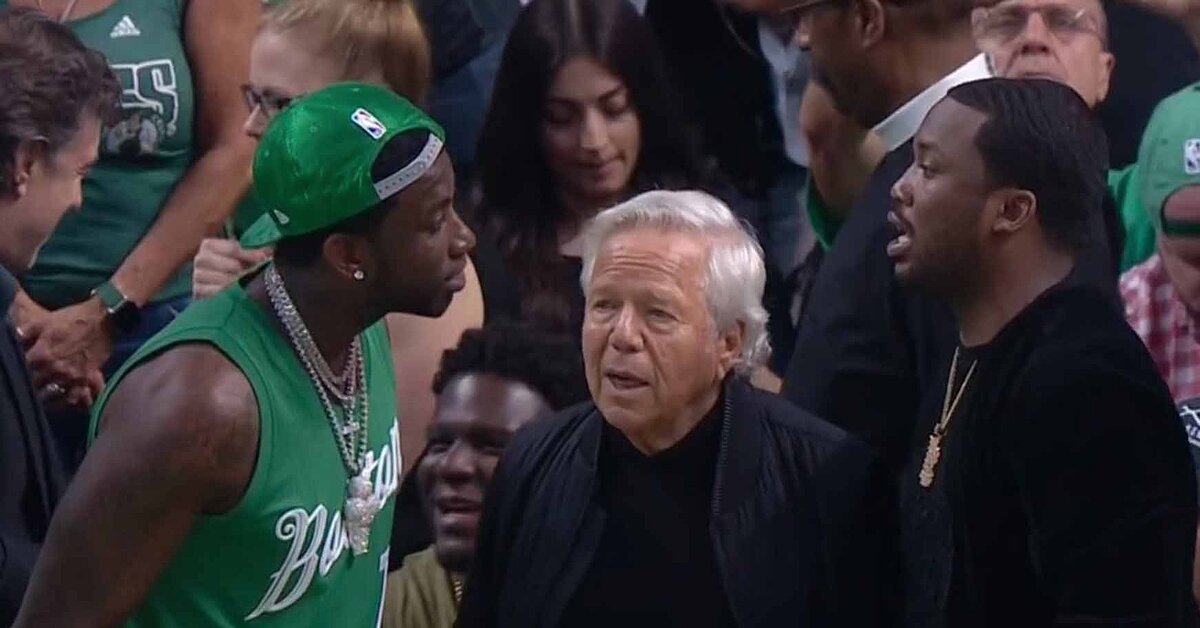 Find out what they were talking about in that viral photo.

Meek Mill has made plenty of headlines recently, including when a photo of him chatting with Robert Kraft and Gucci Mane went viral last week. Mill sat down with SI’s Crossover TV to share what was said in the infamous conversation.

The three men were seen chatting at Game 2 of the Celtics-Sixers semifinals, sending fans in a tizzy wondering what their conversation was about.

“I was telling Gucci, ‘Robert a real dude, man,’ ” Mill said. “He came to visit me in jail. He spoke out for me. He has a lot of influence…He’s the real deal.”

Mill went on to share that Gucci and Kraft already knew each other because Gucci once performed at a Patriots Super Bowl party.

The rapper also went on to joke that people thought he and Gucci looked like they were going to fight.

Kraft visited Mill in early April when he was still in prison and told reporters the rapper “shouldn’t be here.”

Mill was released from prison on April 24. 76ers co-owner Michael Rubin picked him up and took the rapper to the Sixers’s first-round playoff game that night in Philadelphia.

See more of Meek Mill’s appearance on Crossover TV as he discusses his take on the Draymond Green vs. Houston Rockets rivalry, and how James Harden used to call him while he was in prison. For more Crossover TV, subscribe to SI TV.