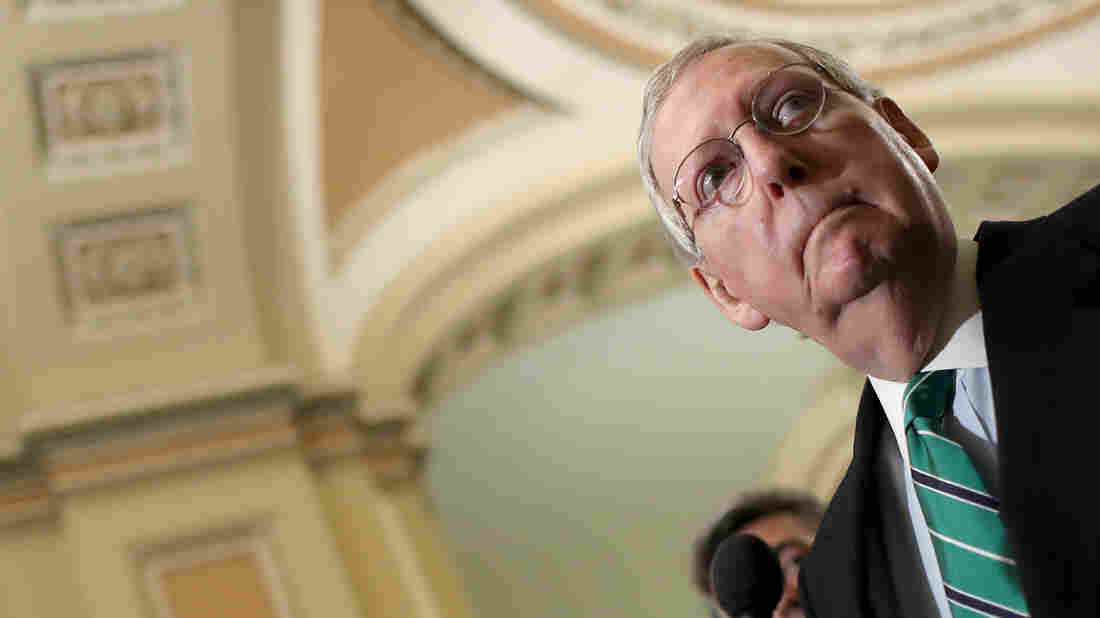 Senate Majority Leader Mitch McConnell of Kentucky told NPR that he continues to support the Mueller investigation and that nothing he heard in a secret briefing Thursday changes his mind. Win McNamee/Getty Images hide caption 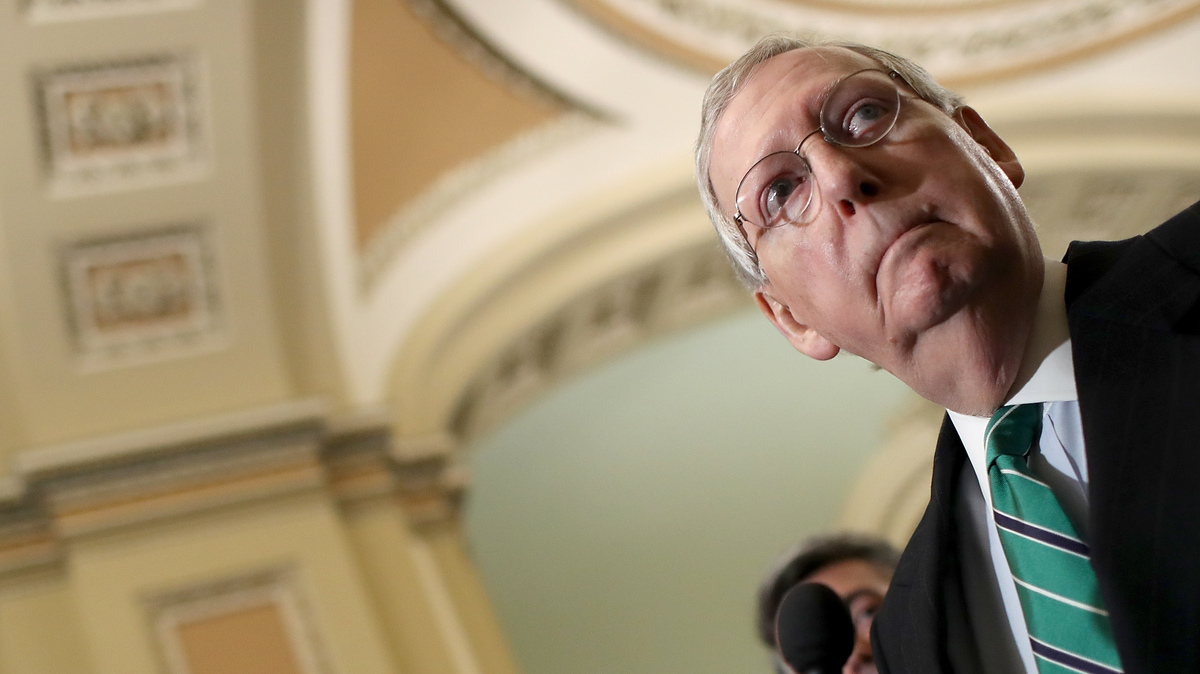 Senate Majority Leader Mitch McConnell of Kentucky told NPR that he continues to support the Mueller investigation and that nothing he heard in a secret briefing Thursday changes his mind.

Senate Majority Leader Mitch McConnell told NPR in an interview that he continues to support the Mueller Russia investigation — and that nothing in Thursday’s hotly anticipated secret briefing on the Russia probe to congressional leaders changed his mind.

“The two investigations going on that I think will give us the answers to the questions that you raise — the IG [Inspector General] investigation in the Justice Department and the Mueller investigation,” McConnell said. “I support both of them, and I don’t really have anything to add to this subject based upon the Gang of 8 briefing that we had today, which was classified.”

A group of eight top congressional leaders received a classified briefing Thursday from law enforcement and intelligence officials. It came in the wake of unsubstantiated claims by President Trump that the FBI placed an informant inside his campaign during the investigation into Russian interference in the 2016 election.

McConnell spoke with NPR right after that meeting. Asked if there was anything from the meeting that changed his mind or lessened his confidence in the Mueller investigation, McConnell said, “I don’t have anything new to say on that subject.”

The FBI director at the time, James Comey, whom Trump fired a year ago, responded via Twitter, saying, “The FBI’s use of Confidential Human Sources (the actual term) is tightly regulated and essential to protecting the country. Attacks on the FBI and lying about its work will do lasting damage to our country.”

“I think the president did exactly the right thing,” McConnell said, “because they were playing with us.”

He called it a “pattern of that over the last couple of decades.”

On immigration, McConnell made clear he will not push for immigration legislation. He put the ball in the House’s court, instead, saying, “If the House passes a bill that the president would sign, I’d be open to it.”

But, he added, he’s not going to allow for another open amendment process that produced no discernible results on immigration, like he did in February.

“I’m not going to do that again, I can tell you that,” McConnell said.

McConnell noted that filling out federal judicial appointments is his top priority and that if a Supreme Court vacancy came up this year, he would act – despite this being an election year.

In 2016, McConnell took a very different position, refusing to bring Merrick Garland’s appointment to the Senate floor or even giving him a hearing. He said that the new president should decide who’s on the Supreme Court.

When asked if someone could argue that he should wait to make an appointment so whomever controls the Senate can make the decision — setting hearings, vetting nominees, laying out timetables — he said that would be a “foolish argument.”

He did not see irony in his stance given his position on Garland because Justice Antonin Scalia died in a presidential year.

“The presidential election is in 2020,” McConnell said, “if we get a vacancy on the court this year, we’ll deal with it.”