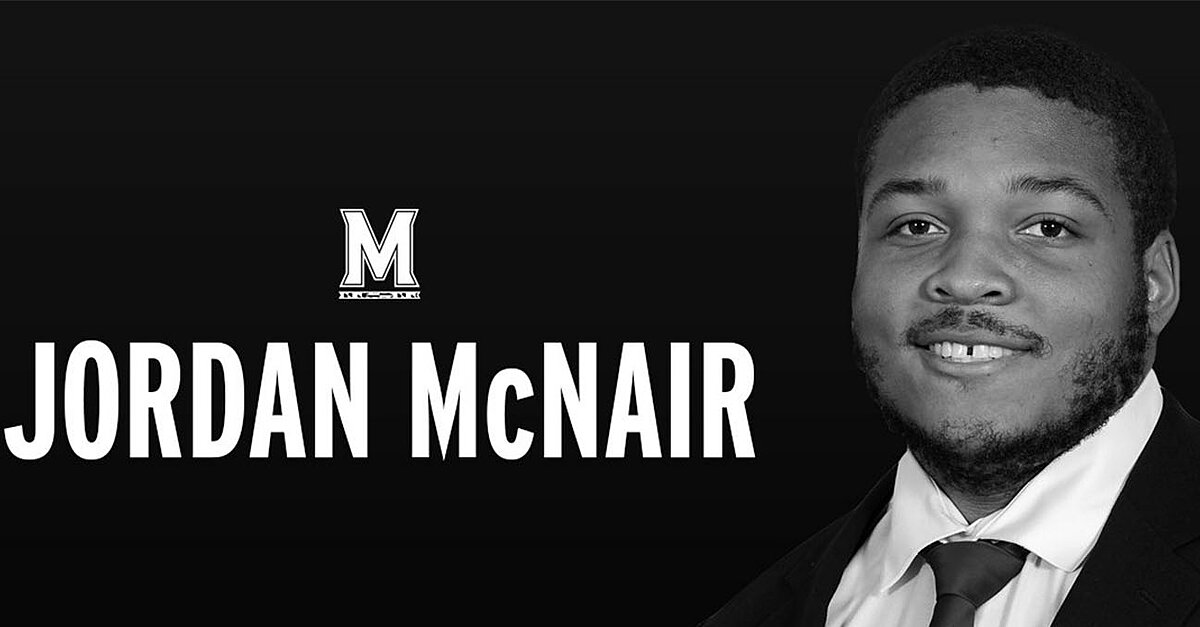 McNair was a rising redshirt freshman and was ranked in the top 300 recruits in the class of 2017, according to 247 Sports. The four-star prospect played in one game during his time with the Terrapins.

“Our team is heartbroken with the loss of Jordan McNair,” coach D.J. Durkin said in a statement. “Jordan was an incredible young man, and his passion and enthusiasm made him an invaluable and beloved member of our team. Jordan was a hard worker and he always had a smile on his face. He was an extremely talented football player and a humble and genuine human being. He embodied the essence of what it means to be a teammate. Jordan was a fighter. Over the past few weeks, Jordan never gave up with his family, friends and team by his side. Our team will continue to be inspired by the spirit of this brave fighter. Please continue to pray for Jordan’s family during this difficult time.”

After he was hospitalized, a GoFundMe was launched to help provide financial assistance to McNair’s parents during his recovery. According to the GoFundMe, McNair received a liver transplant while in the hospital.